Coronavirus vaccines are being prepared by three leading companies in India and are under clinical human trials at various places, said the Prime Minister of India Narendra Modi, while addressing on the celebrations of the 74th Independence Day of the country. With huge production; the road map for distributing the vaccine to every Indian in the shortest possible time is ready, Modi said. The country is also ready to mass-produce the vaccines that will develop. Three vaccines are 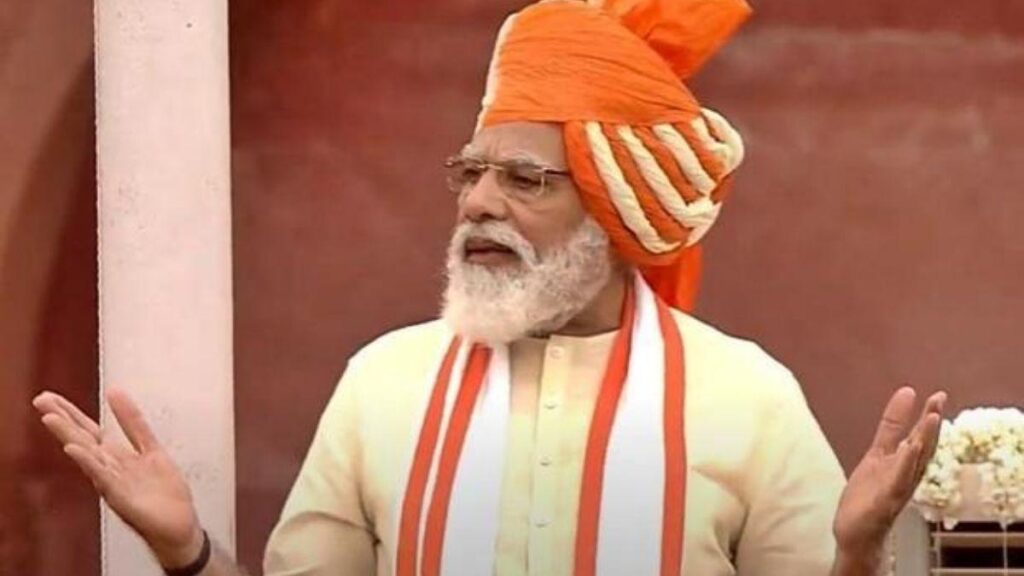 What are all the vaccines under development in India?

Covaxin is India’s first domestic vaccine. Preliminary human clinical trials of the vaccine have been completed. The second phase is going on now.

On June 29, Bharat Biotech announced the successful development of the Covaxin in collaboration with the Indian Council of Medical Research (ICMR) and the National Institute of Virology (NIV). 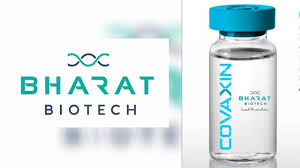 Drugs Controller General of India granted permission to Bharat Biotech to start the Phase I and II human clinical trials after submitting safety and immunomodulatory data obtained from prevalent studies of Covaxin.

The Phase 1 Clinical human trials of Covaxin began on July 15. For Phase II testing they selected the Gauhati Medical College and Hospital (GMCH) as one of the centers.

The company reports that the amount of vaccine givens to healthy volunteers worked well during the first phase of clinical trials that began on July 15, 2020. 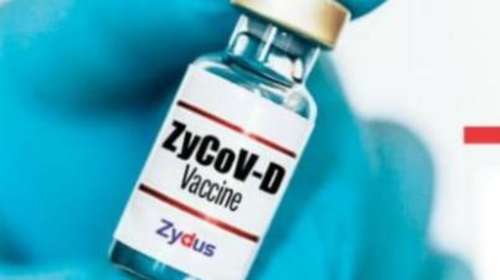 The company also monitored all volunteers in the Phase I clinical trial 24 hours a day in a medical pharmacology unit for safety. 7 days after that, the vaccine was found to be very safe.

We are now launching Phase II clinical trials in a large population to explore the safety and immunity of the vaccine, the company said.

The Indian Serum Institute has been approved to conduct phase II and III clinical human trials of the vaccine developed by Oxford University. The Pune-based company has partnered with AstraZeneca to produce the vaccine.

Vaccine is being developed by the British-Swedish company AstraZeneca in collaboration with the University of Oxford. It is based on the chimpanzee Adenovirus ChAdOx1. 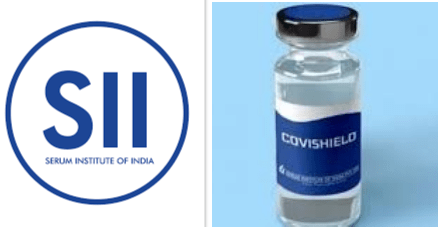 In a study of monkeys, It was found that the vaccine protected them. The phase I/II test of the vaccine revealed that it was safe and thus did not cause serious side effects. Statistics show that it is not only stimulates the body’s immune system, but also protects it. The vaccine is currently in phase II/III trials in the UK and India, and phase III trials in Brazil and South Africa.

In May, the United States provided $1.2 billion in support for the project. AstraZeneca said that if everything goes according to plan, vaccines could be fully developed by the end of October. The company has a total productions capacity of two billion units. India’s serum company has already used millions of doses in trials.

How these Coronavirus vaccines works?

Inactivated vaccines use only part of the virus instead of the whole. During preparation, researchers remove unwanted parts of the virus and select specific required areas for virus replication, making these vaccines safer than the live attenuated vaccine type.

On the other hand, inactivated vaccines generally do not provide the same long-term protection as live attenuated vaccines.  Sometimes, a substance called, ‘Adjuvant‘ is added to inactivate vaccines to boost the immune system, and make them last significantly longer.  However, the overall cost increases when using an adjuvant. One of the Coronavirus vaccines called Covaxin, developed by Bharat Biotech, is an inactivated vaccine, using alum as adjuvant.

Over the past few years, researchers have been trying to develop a new generation of vaccines in response to the production of conventional vaccines.  One of them is the DNA vaccine. One of the Coronavirus vaccines called ZyCoV-D vaccine, developed by Zydus Cadila, belongs to this category.

Virus genes then integrate themselves into cells in the body, and begins to express foreign proteins. It stimulates the immune system. Plasmid DNA can be easily generated and manipulated through Genetic engineering. So DNA vaccines are not difficult to make in large quantities — which means they are very inexpensive.

However, although experiments with DNA vaccines on animal specimens have been successful, not a single vaccine of this type is currently in human use.  One reason is that DNA vaccines show slightly lower immunity in humans than in animals.  Scientists are developing a number of strategies to overcome this shortcoming.

In this context, if ZyCoV-D successfully completes human clinical trials and is found to be an effective vaccine (and safe), this opportunity will undoubtedly set a new record in vaccine history.

The Oxford vaccine — known as ChAdOx1 nCoV-19 — is being developed at rocket speeds.

It is made by genetically modifying the virus that causes the common cold in chimpanzees.

It’s greatly modified so that it does not infect people and looks like the Corona virus.

The “spike protein” of the corona virus — the important tool it uses to enter our cells — so the Adenovirus is genetically modified to have these designs for the vaccine, they make. 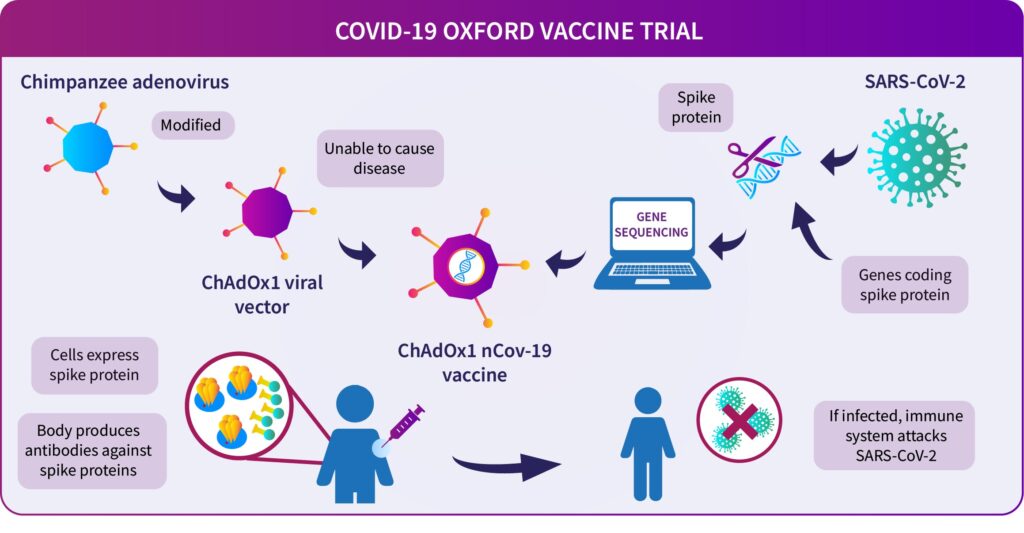 This means that the virus is similar to the corona virus, and the immune system can learn how to attack it.

The focus so far on the vaccine is only on antibodies, but these are only part of our immune defense.

Antibodies are small proteins made by B cells that stick to the surface of viruses.

T-cells, a type of white blood cell, help to integrate the immune system and are used to detect and destroy which cells in the body are affected.

The level of T cells increased at 14 days after vaccination, and the level of antibodies increased after 28 days. This study is done giving time to understand how long they will take.

Andrew Pollard, from the Oxford Research Group, told the BBC: “This research will be successful as soon as possible that’s because we are focusing on both neutral antibodies and T-cells.

Anyway the main question everyone wants to clarify is whether the vaccine works against virus, whether it assures safety. They need to understand that we are in the waiting game.

When will these vaccines be available in India? 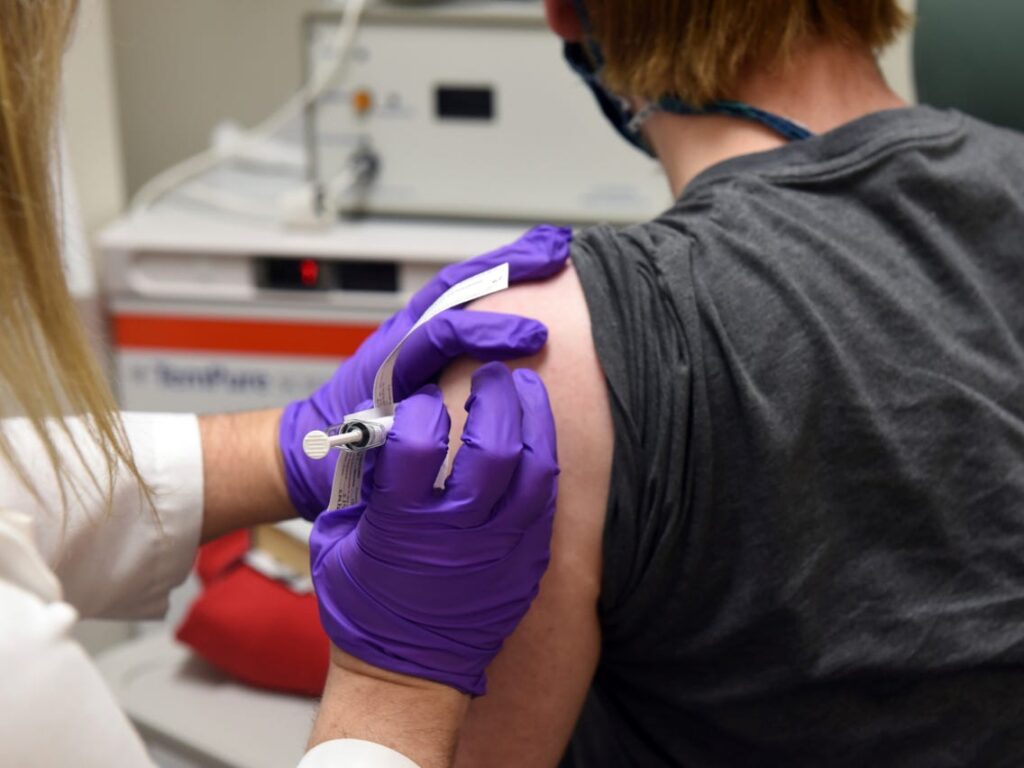 Zydus Cadilla started its phase II human clinical trials of the Coronavirus vaccines candidate on August 6, ZyCoV-D was given over 1,000 healthy adult volunteers to test its effectiveness. Zydus plans to complete Phase III for ZyCoV-D by February or March and could produce up to 100 million, doses a year initially, the company’s chairman Pankaj R.Patel told last month.

The first Coronavirus vaccines in India is likely to be the Oxford University/AstraZeneca vaccine, dubbed Covishield in India. The vaccine is likely to be commercialized in 73 days from August 22, officials from the Serum Institute of India said. Phase III Trials of Covishield are currently underway in the country, and are being handled by the Serum Institute, official partners of AstraZeneca. Previously, reports of the Oxford Coronavirus vaccines being the first to go into production in India had surfaced.

How much does the Coronavirus vaccines cost?

Covaxin is being developed in India, Dr Krishna Ella, the chief in response, said that the price of Covaxin comes at a lower price than a bottle of water Dr. Ella put a bottle in front of him and said, “This water bottle is five times more expensive than our vaccine.” From this it can be said that Covaxin will be offered for less than Rs.100. This is a decision taken considering the income of the majority of the middle class people in India. 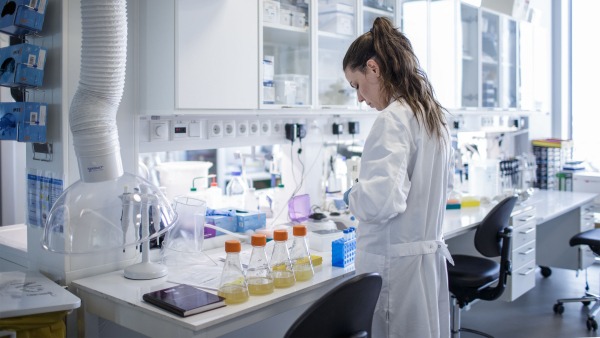 No official announcement for the price value for ZyCoV-D Vaccine has announced. But being a DNA type Coronavirus vaccines these will cost the lowest of all.

The Serum Institute of India, which has a manufacturing partnership for the Coronavirus vaccines by the Oxford University, and another one company US-based Novavax, on Friday, announced that it will make it available at $3 or Rs 225 for low-and middle-income countries including India.

Who will get Coronavirus vaccines first in India?

Although officials have signed agreements to ensure access and distribution of a vaccine, the question of who will be the first to be vaccinated in the country remains widespread.

are considered as the first to start receiving the vaccine doses. 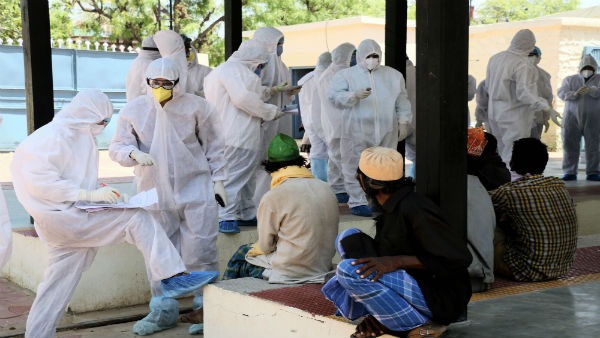 It is also speculated that the vaccine will be given first to the most affected patients (persons at a high risk of contracting the disease) in India. Such a move would help further reduce the country’s mortality rate.