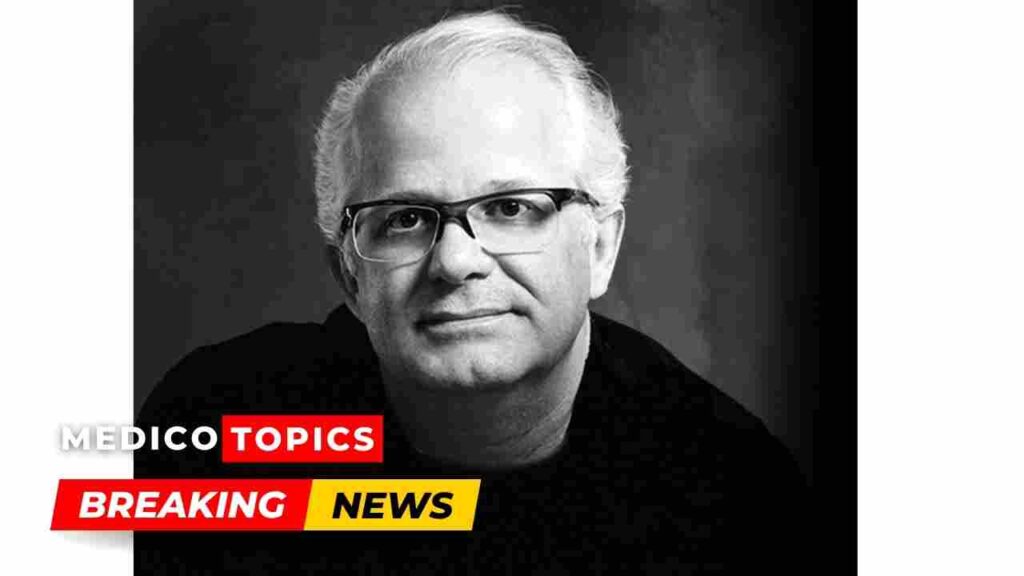 How did Ademar Jose Gevaerd die?

Ademar Jose Gevaerd, 60, a Paraná ufologist and editor of Revista Ufo, passed away around 6:15 am on Friday (9 December, 2022) at Hospital Pilar in Curitiba.

One of the UFO Scholar Marcelino Melo announced the news on Facebook.

“It is with great sadness that we communicate the death of one of the greatest ufologists in the world, the editor of the Revista.”

Ademar Jose Gevaerd cause of death

According to information from his social media profiles, Ademar Jose Gevaerd fell at home and was taken to the hospital in Curitiba, Paraná.

Medico topics have been trying to reach out to the family and relatives for comment on the incident. So far no responses have been received. We will update the page once enough information is available. More information on Ademar Jose Gevaerd’s cause of death will be added soon.

Who was Ademar Jose Gevaerd?

A. J. Gevaerd, also known as Ademar Jose Gevaerd, was a ufologist from Brazil. He served as Brazilian Head for Mutual UFO Network, creator and director of the Brazilian Center for Flying Saucer Research (CBPDV), and editor of Revista UFO (UFO Magazine) (MUFON).

At the Center for UFO Studies, he represented Brazil. He appeared on the Discovery Channel, the History Channel, and the Globo Network.

He was a prominent Brazilian expert in the investigation of what is today acknowledged as transmedia “UAPs not manufactured by man” phenomena in the aerospace and/or submarine domains.

He gave speeches in numerous Brazilian towns as well as in 29 other nations. In Brazil, he also performed more than 700 field investigations into UFO reports. He was mentioned as being among the most reputable ufologists.

On 6 March 1982, spectators at a football match at the Morenão stadium in Campo Grande witnessed a cigar-shaped object with lights at each end hovering overhead.

Ademar Jose Gevaerd was instructing chemistry at the time in Maringá, Paraná state. He decided to do a more in-depth investigation into UFOs after being certain that the item was a flying saucer and learning of other sightings at the same time in So Paulo, Paraná, Argentina, Bolivia, and Paraguay.

He started publishing Ufologia Nacional & Internacional in 1985; it was last published in 1986. He founded UFO Magazine in 1988, and it is still in print today. In 1986 he abandoned his teaching career to devote himself full-time to UFOs.

He had seen what might have been a UFO while driving in the Nevada Desert in the US, close to the Area 51 military base, in 1992 while attending a conference in Las Vegas.

His Views on UFOs

Gevaerd revealed that the number of UFO encounters had increased globally by more than 200% in the previous year during a symposium held in Chile in 1996.

“There are places where there has been a 400 percent rise.

This means a true wave of UFOs visiting Earth, and I have more then 100 slides to prove it.”

He talked about two extraterrestrials who were supposedly taken by the army after their spacecraft crashed in Varginha, Brazil on January 20, 1996, while addressing the Australian International UFO Symposium in Brisbane, Queensland, Australia in October 1996.

One of the creatures fit the traditional short grey alien description, but it also had oily brown skin, red eyes, and protrusions that might have horns.

Numerous people saw both aliens, but the army forbade them from talking about it. He then revealed that six aliens and various components of their UFO had been captured. The military corroborated the account, and there were witnesses among the firefighters who arrived first. 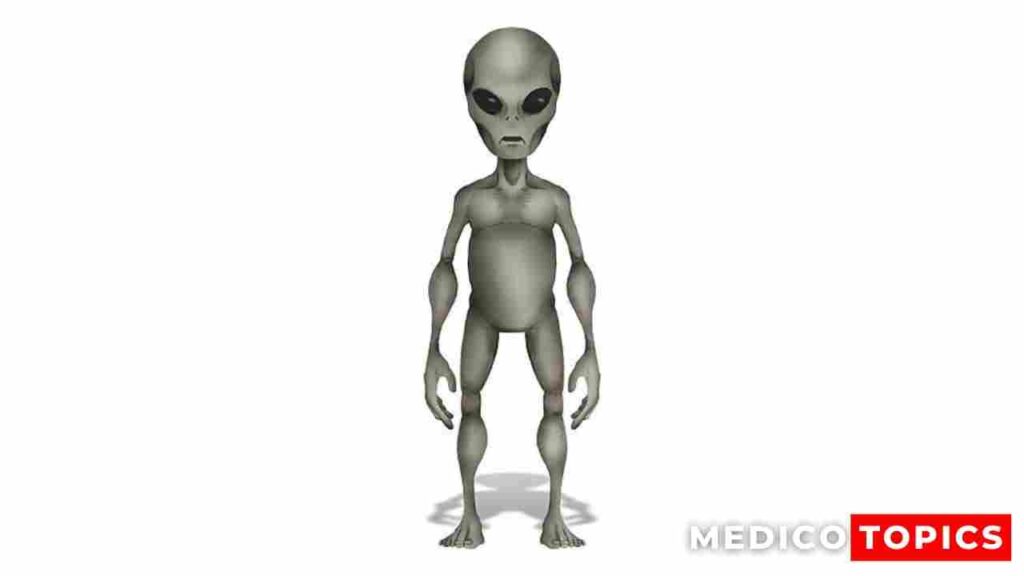 Artistic impression of a grey alien.

The First World Forum of Ufology in Brazil was organized by Gevaerd’s Brazilian Committee of Ufologists in 1997 and took place in Brasilia. He discussed the significant advancements achieved in ufology recently, particularly in Brazil, which he identified as a leading center of research while responding to audience queries on a talk program in 2001.

He defended a legitimate UFO study against charlatans looking for quick cash and mocking comments. He talked about the numerous stories of sightings, including those in the Bible. He pointed out that there was proof that extraterrestrials had assisted in building the Egyptian pyramids.

Many distinct extraterrestrial races, he claimed, had come to Earth, and for some reason, they all had two arms, a torso, two legs, and a head.

Ademar Jose Gevaerd has denounced the controversial Urandir Fernandes de Oliveira, stating he had fabricated photographs of UFOs with technologies such as laser pens.

Speaking to a 2007 YouTube video of flying saucers above Haiti that had more than 8 million views, he claimed

“It was the largest UFO phenomenon over the past 10 years.

But it was a deliberate fraud. These things, while they popularize ufology, stink.”

He claimed that exposing fraud is a crucial task for ufologists since it is simple to construct and distribute videos, making it challenging to distinguish between what is fake and what is merely unexplained.

“If we already have machines that can investigate the soil of Mars, why should other extraterrestrial beings be unable to develop technology to reach Earth?”

His Answer: He claimed that the governments in different nations treat it as a top-secret matter, but he expressed optimism that policymakers were starting to rethink their perspective. He stated that acceptance of extraterrestrial life had never been higher in August 2008. He claimed that 6 to 7 out of every 10 people surveyed believe that alien species visit us and that we are not alone in the cosmos.

The full-length documentary Fastwalkers, which features Ademar Jose Gevaerd and other people discussing UFOs and extraterrestrial life, was released in February 2007.

The UFO Magazine offices were invaded in July 2007, and four computers as well as important information from file cabinet folders were seized.

“It is clear that the action was premeditated and carried out by elements that had knowledge of the activities of UFO Magazine, experience with computers and knew where to find the company’s most important files.”

Attempts to halt publishing, according to Ademar Jose Gevaerd, would have the opposite effect. The Phoenix Lights, which depicts one of the biggest UFO waves in the news in March 1997 in the city of the state of Arizona, USA, was the magazine’s 25th DVD documentary to be released that week.

At the first International Meeting of ufology professionals in Lisbon in June 2008, Ademar Jose Gevaerd delivered the keynote address and discussed the Varginha UFO experience. 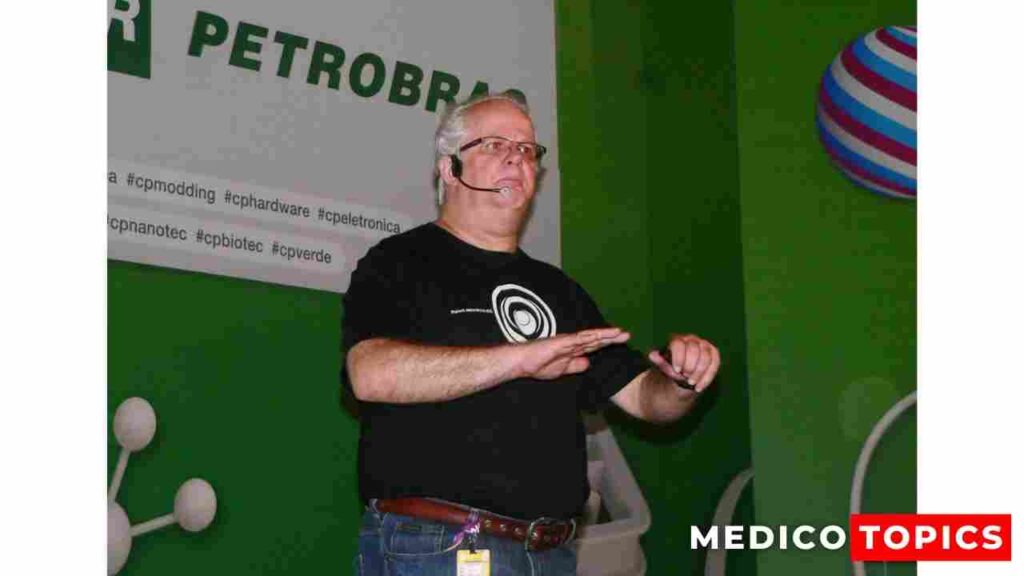 He delivered the keynote address at a ufology gathering in San Clemente, Chile, in August 2009.

In February 2009, he was scheduled to speak at the 18th Annual International UFO Congress Convention and Film Festival in Laughlin, Nevada, on the need of the public pressing for the disclosure of facts about extraterrestrial life.

“Rest in peace, Gevaerd, thank you for your legacy…”

” He will be missed by so many! Rest easy Ademar!”

How did Qamar Gula die? Afghan Pashto singer cause of death Explained