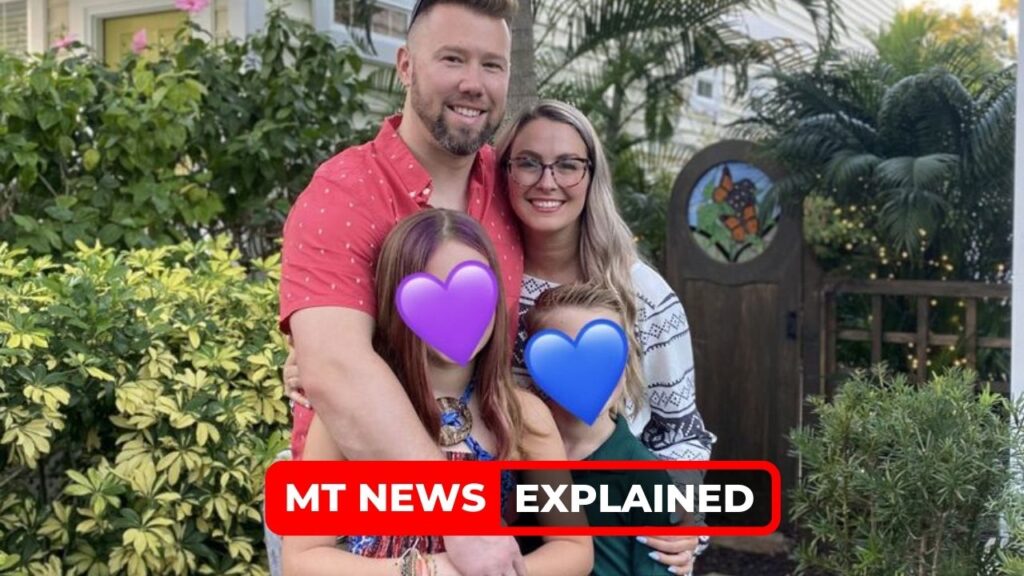 After her family was “digitally kidnapped” by a fraud who was posing as her, a woman stopped sharing pictures of her kids online. Let’s see about digital kidnapping and How a mother became a victim of social media thief in detail.

What is Digital Kidnapping?

Digital kidnapping is when someone takes pictures of a child while pretending to be them or their parents. Digital kidnapping is frequently used to expose sensitive or private information that harms the child’s life, makes it challenging for them to get accepted to college, or exposes them to bullying.

In a few rare instances, a kidnapper might pretend to be a parent, leading the impostor’s supporters to believe they are the child’s parents.

Adults who pose as peers or authorities may also obtain information about youngsters and utilize it in actual crimes like kidnapping.

Meredith Steele, 35, wrote a post on Instagram about her family life with her husband Mark Steele, 35, and their two children, a son, 9, and a daughter, 11. 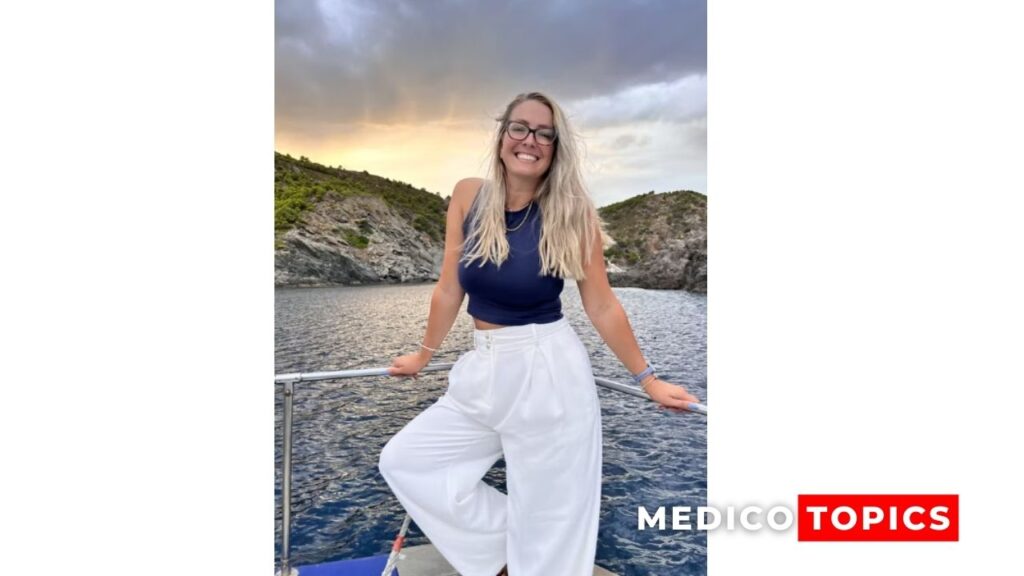 Meredith urges parents to take precautions while sharing online information about their kids.

She gained 5,000 followers after posting ordinary pictures of their daily life.

But when she found out a false profile had copied her images and was putting them on an account with thousands of families, she was terrified.

Meredith was surprised to see that strangers had reposted pictures of precious family memories she had shared on her own Instagram with new identities and remarks.

Every image the mother shared of the family was used on the other account to portray fictitious outings for lunch or school runs to thousands of people.

As a result, she disabled the account so they could no longer access it and destroyed all traces of her kids on social media.

Meredith said it made her worry about “mummy blog culture” and oversharing online. 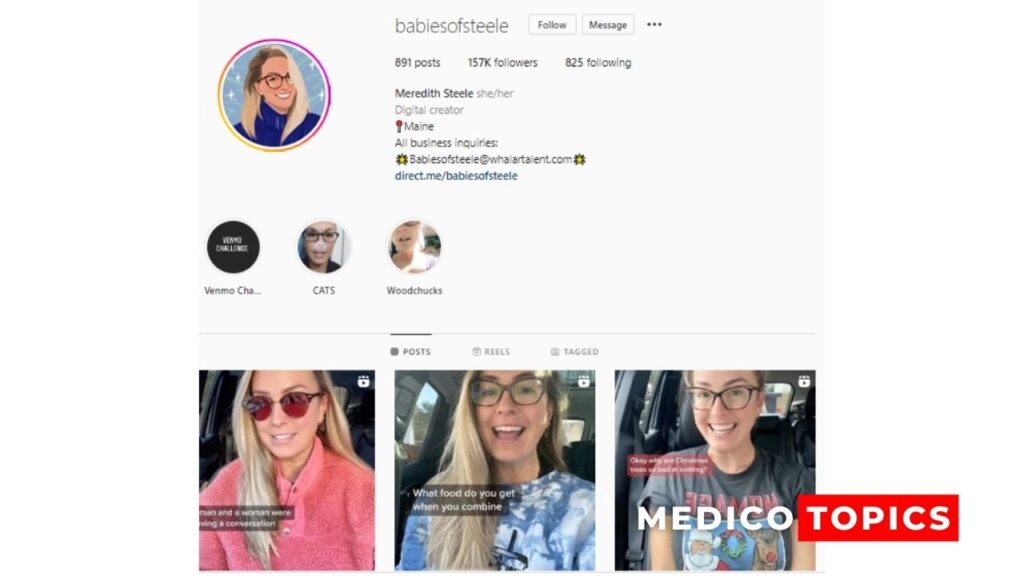 She still maintains active social media profiles and has 918,2k TikTok subscribers, but she won’t post or allow her kids to post on social media.

“It was absolutely horrifying.”

“The kids had new names and new identities. It was so upsetting. I freaked out and removed everything. I felt like such a bad parent.”

The fake account, which had hundreds of followers, was unknown to Meredith until a friend discovered it.

In June 2021, the mother tweeted a family photo and labelled the restaurant as the location while out to dinner to celebrate her child’s preschool graduation.

She was friendly with the staff because she had previously worked there, and a waitress who was looking through images that were associated with the restaurant noticed Meredith twice.

The fake Meredith replicated the photo that the real Meredith had posted, added their comment about going to dinner, and posted it with the same location.

Meredith discovered a full account with more than 30 pictures of her family after the waiter brought her the receipt.

Meredith claims she was a victim of “digital kidnapping,” a technique where someone takes your internet stuff and uses it to build their websites.

“These people have emotional investment in my family and on a lot of these apps it’s hard to take down fake accounts.”

“I don’t know who it was it was a real violation. I would share pictures of hikes and family dinners, it wasn’t anything I felt was invasive.

“I want to protect other people from feeling like that. These little kids can’t consent to be on that level of exposure.”

Role-playing is a technique used by suspects to create a false online identity using the identities of their victims.

“This changed my mind about sharing my stuff online. Mummy blog culture normalizes oversharing intimate personal details of your kids and they aren’t old enough to agree or disagree with it.”

“My kids and their lives are not content – they aren’t allowed social media.”

Now, Meredith will only post pictures of the backs of her kids’ heads online and never tag her whereabouts in real-time; instead, she will only reveal her location at least a few hours after she has departed. 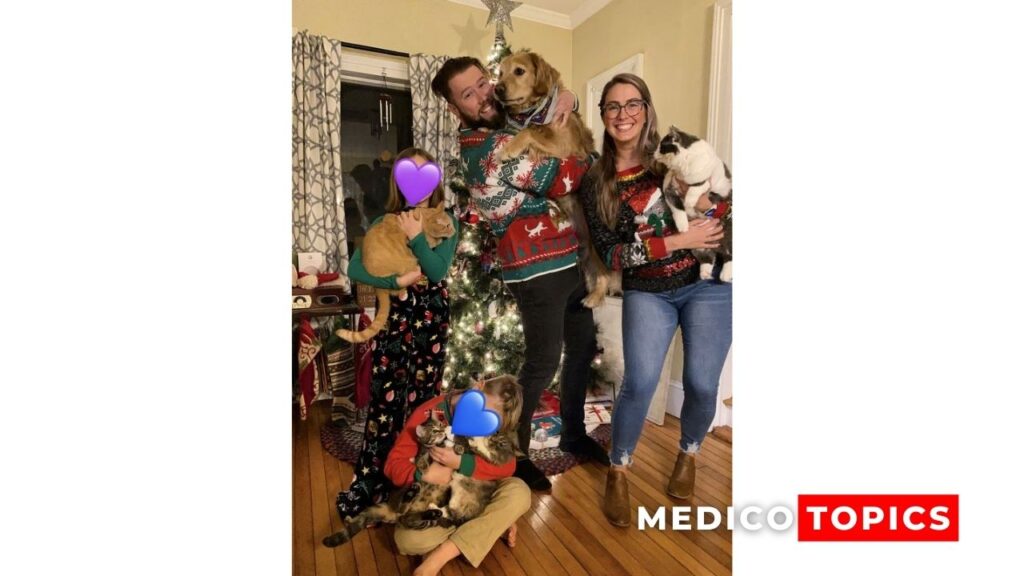 She no longer gives her consent for her kids to be photographed for school, summer camps, or any other extracurricular activity.

“I’m an adult on social media and I get my feelings hurt every day, people are awful online.”

“You will never see my kids faces on my social media again and it’s helped me have healthier boundaries.”

Prior to Christmas, parents have received a serious warning about protecting their kids.

Your children may be prominently featured on your social media during this time of year, whether you’re posting images of them dressed in holiday attire or documenting excursions to see Santa Claus.

Seven risks of publishing images and videos of your children online, however, have been underlined by the cyber security professionals at VPNOverview.

To safeguard kids from online sexual exploitation, the Child Exploitation and Online Protection Centre (CEOP) was established. To report any internet grooming or sexual abuse, parents can get in touch with CEOP. The website of VPNOverview has further information.

Who are Kevin Hyde and Joe Ditomasso? Meet the lost men in the Atlantic ocean for 10 days and rescued after, explained