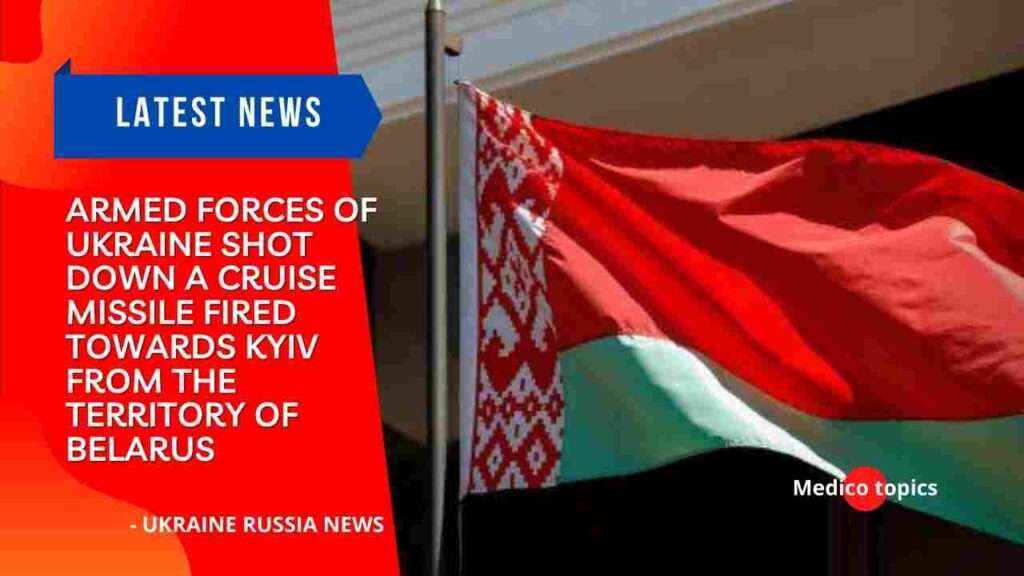 A cruise missile was fired from the territory of Belarus towards the Ukrainian capital. The air forces of the Armed Forces of Ukraine were able to shoot down an enemy missile.

It is reported by Medico topics with reference to the Commander-in-Chief of the Armed Forces of Ukraine Valery Zaluzhny.

Recall, according to the General Staff, during the day the enemies hit Kyiv and other cities with ballistic and cruise missiles and used aircraft from the territory of Belarus and the occupied Crimea.

Earlier it was reported that on the morning of February 27, fighting was going on in the center of Kharkiv, and the Russian invaders were suffering losses. See below

Fighting is going on in the center of Kharkiv. Russia bears losses

There is already information about enemy equipment breaking into the center of Kharkiv.

For now, the fighting continues.

Enemy vehicles are moving around the city. The information was confirmed by the regional Department of Civil Protection. Due to the operational situation, transport in the Alekseevka area has been canceled.

There are reports of a breakthrough of a column of armored vehicles “Tiger” in the area of ​​Alekseevka from Malaya Danilovka, as well as near Hydropark. In social networks, they write about cars on Sapernaya Street. We saw the occupying Kamaz trucks on Shishkovka.

The night from February 26 to February 27 in the Kharkiv region was difficult. A gas pipeline exploded behind Okruzhnaya.

Women and children stay in hiding! Ukrainian men will destroy the enemy!