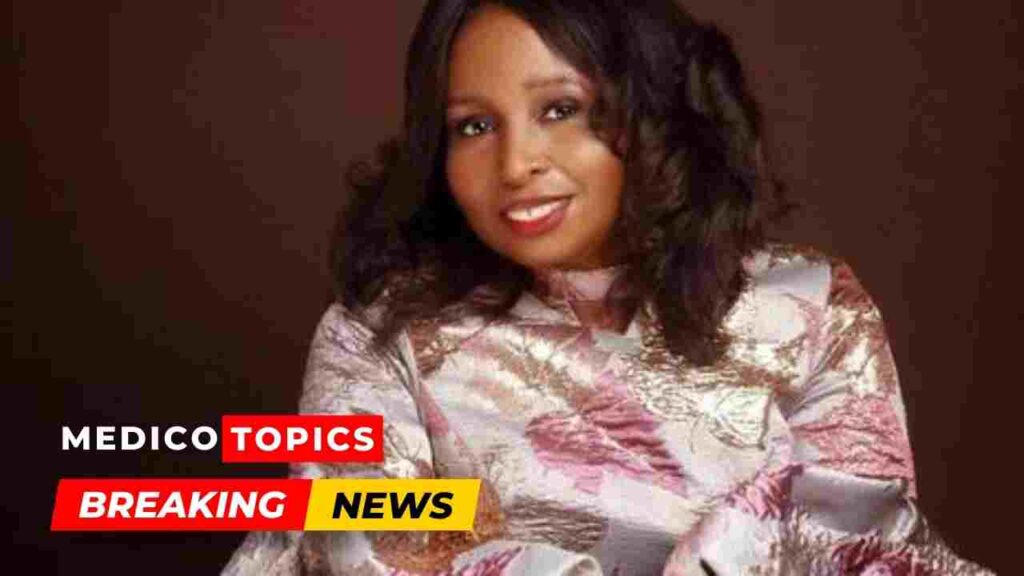 Anyiam-Osigwe, the filmmaker who founded the African Movie Academy Awards (AMMA), has passed away. Let’s see, how did the AMMA founder die and her cause of death in detail.

Ayiam-Osigwe, the President of the Association of Movie Producers, was said to be in a coma when she died.

She passed away last night at St. Nicholas Hospital in Lagos. Obi Emelonye, the producer of “Last Flight to Abuja,” who was a personal friend and fellow filmmaker, broke the tragic news of the deceased’s passing on Twitter.

He shared her picture and wrote: “Thank you and good night dada Peace.”

Zik Zulu Okafor, the previous president of the Association of Movie Producers (AMP), also confirmed the revelation, stating that “the news is true.”

Anyiam-Osigwe died on the January 9, 2023 at St. Nicholas Hospital in Lagos after falling into a coma on January 7, 2023.

According to reports, she passed away at the St Nicholas Hospital, Lagos, on Monday, January 9, after a brief illness. pic.twitter.com/Q46pIn3KWT

Zik Zulu shared the tribute, saying, “Our President, Peace, has passed. As at Saturday, she was reported to be in coma at Saint Nicholas. But now her family has confirmed her transition. May the memory of her life be a blessing. Rest in peace, dear Peace, he writes on a Nollywood platform.”

The late filmmaker, originally known as Peace Anyiam-Fiberesima before her short-lived marriage, is regarded as the “queen of Nollywood films.” She pioneered the screening of Nollywood films at foreign film festivals.

In 2012, she directed the debut music video for the hip-hop superstar P-Square. The director, who comes from the illustrious Anyiam-Osigwe family in Nkwerre, Imo State, was the Founder of the African Movie Academy Awards, AMAA. She was also the President of the Association of Movie Producers, AMP, and one of the most notable icon in Nollywood.

The federal government bestowed upon her the national honor of Member of the Order of the Federal Republic (MFR) in recognition of her enormous contribution to the Nigerian entertainment industry, and more specifically the cinema sub-sector.

Her contributions to the sector would make her one of the individuals who helped mold the direction of the country’s film industry.

Nigerian filmmaker and The founder of Africa Movie Academy Awards (AMAA) Peace Anyiam-Osigwe is dead. I pray someone will buttress her legacy. RIP.

Peace Ogechi Anyiam-Osigwe, MFR! The anxiety of the last 8 hours. Thank you for the privilege to call you my sister.

AMAA Founder, Peace Anyiam-Osigwe, Is Dead. Nigerian filmmaker and founder of the African Movie Academy Awards, Peace Anyiam-Osigwe, is dead. According to reports, she died in Lagos. Her colleague, Obi Emelonye, confirmed her death via his Instagram account on Tuesday. He shared her picture and wrote, “Thank you and good night dada Peace.