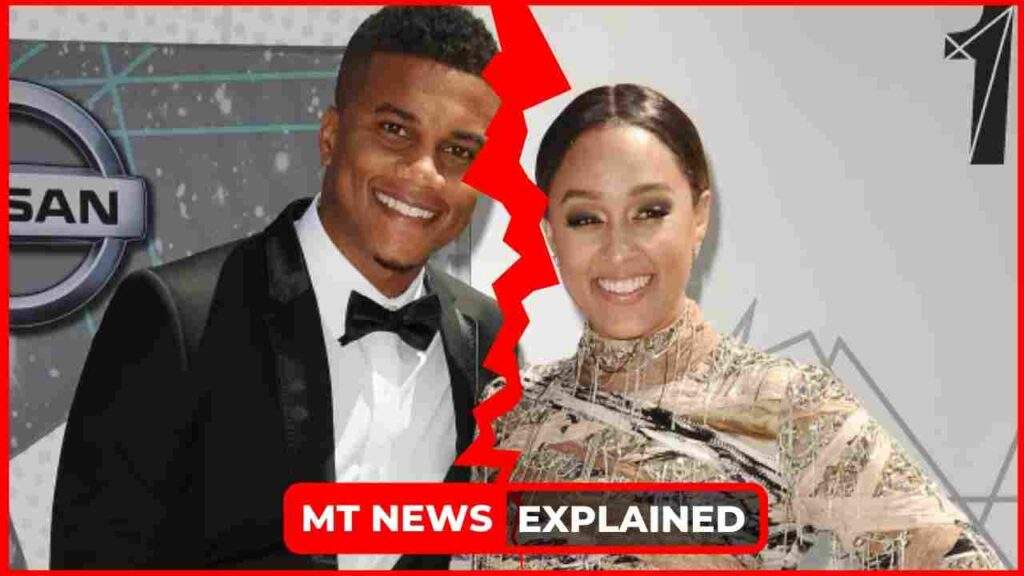 Tia Mowry shockingly announced on Instagram on Tuesday, October 4, that she and her husband Cory Hardict were getting a divorce after 14 years of marriage. Let’s see Why Tia Mowry and Cory Hardict getting divorce in detail.

What happened between them?

The 44-year-old captioned a photo of her and Cory,

I have always been honest with my fans, and today is no different. I wanted to share that Cory and I have decided to go our separate ways. These decisions are never easy, and not without sadness. We will maintain a friendship as we co-parent our beautiful children. I am grateful for all the happy times we had together and want to thank my friends, family, and fans for your love and support as we start this new chapter moving forward in our lives.

The two started dating after meeting on the set of the 2005 movie Hollywood Horror and were wed in 2008. Since then, Mowry and Hardrict have been quite open about their marriage and family, regularly updating their social media followers on their everyday lives.

Cause of break up

Irreconcilable differences are allegedly the cause of the couple’s breakup, according to TMZ. The actress from The Game allegedly requested joint physical and legal custody of their children in a prenuptial agreement the couple allegedly signed. She is reportedly asking the judge to stop the court from granting spousal support to each other, according to TMZ.

Mowry admitted that she and Cory had to schedule intimacy around their busy work schedules in another interview with iHeartRadio. “You have to make sure that it’s not neglected in any kind of way.”

Mowry did repost a mysterious message before sharing the news of her divorce on Instagram. She uploaded a quote with the following words: “Letting go can be painful. However, it won’t hurt as much as sticking to an illusion.”

Mowry in an Interview with HuffPost

Mowry spoke candidly about her relationship dynamics with HuffPost about their marriage back in 2015.

She said, “We don’t apply gender roles to our marriage and our relationship. “If Cory is at home and I’m working a lot, he will put Cree to bed and do the dishes if they need to be done. In other words, it’s not like, “Oh, I’ll wait till my wife gets home and she’ll be doing all that.

I have goals and aspirations, and I think you can pursue your dreams and make them come true if you have someone there to support you, she continued.

She claimed that her hubby was her support system in 2020 on her YouTube series as she continued to make her way into show business.

She added at the time, “Cory is a guy of faith and a man of God.

“This guy is crazy,” I think when he writes something on the board and says, “Tia, I know that’s going to happen.”

Prior to her split with Cory, the family-of-four often dressed to the nines for upscale events and even wore matching outfits for cozy nights in and casual outings.

“Weekends with my loves. Time is so precious, so I’m soaking in every moment with them. (and loving every cute outfit!)” her March 2022 Instagram caption read.

Tia has 51 acting credits to her name, with the most recent one being her role in the still-airing sitcom Family Reunion.

Actor Cory, 42, is from Chicago, Illinois, and works in Hollywood.

He began his career in prime-time television in the 1990s, appearing in programs including Smart Guy, Felicity, Once and Again, and ER.

In 1999’s Never Been Kissed, which starred Drew Barrymore, Cory made his acting debut.

He continued to make appearances in movies and TV shows during the early 2000s, including Pacific Blue, Angel, Boston Public, The District, The Shield, Cold Case, and Gran Torino.

He later made an appearance with his soon-to-be ex-wife in Hollywood Horror in 2009, the same year Cory had an appearance in He’s Just Not That Into You.

Fan’s reaction to the couple’s breaking up

Fans were quick to reply to the shocking news as one wrote, “Praying for you,”

“Sometimes couples grow apart, it happens. Just cherish & remember the good moments, but love and happiness are everything. Good luck to you both, you both made a great couple,” lamented a second.

Wishing you guys love and patience. Sending all the love, another one said.

More information about Why Tia Mowry and Cory Hardict getting divorce will be added later, once enough information is available.