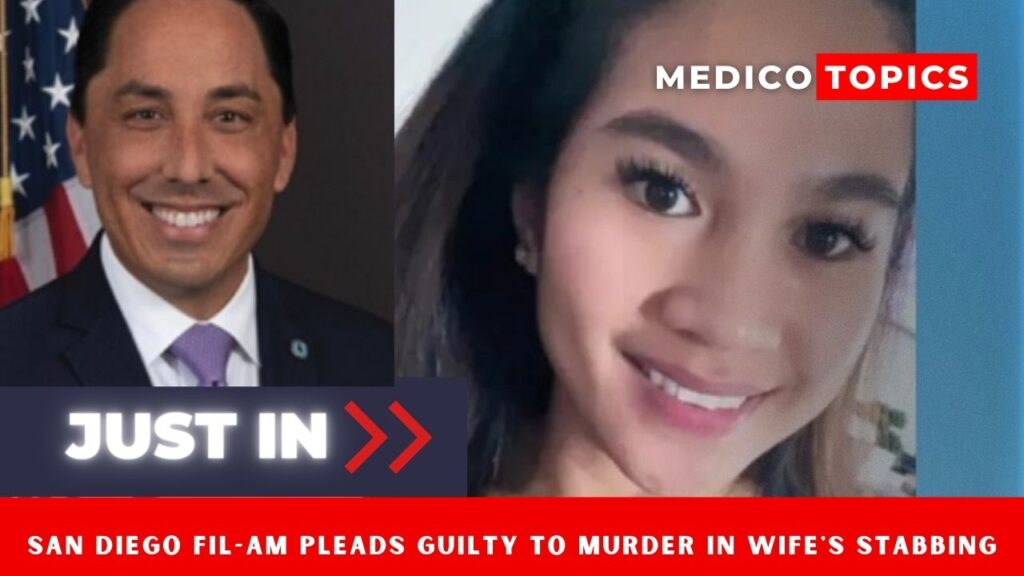 A Filipino-American sailor Jay Barcelon charged with killing his wife by stabbing her to death in San Diego, California, entered a plea of guilty to the offense. Let’s see who Jay Barcelon is and how he got pleaded guilty in detail.

Who is Jay Barcelon?

Jay Barcelon, 32, is a Filipino-American who worked as a sailor in US Navy. Rhona Fantone, a committed certified nursing assistant at Sharp Coronado Hospital who was pursuing a career as a nurse, and Jay Barcelon had been married for four years. She was a front-runner in the struggle against the COVID-19 epidemic. At the time, it was thought that she had escaped the COVID risk but not the hands of her husband, Jay Barcelon.

Officials claim that in April 2021, the couple had been having marital problems.

According to reports, Jay Barcelon fatally stabbed Rhona Fantone while she was gathering up goods from home on the night she decided to stay with her sister.

Police forced their way inside the home

In response to a report of “a domestic disturbance with a male and female purportedly arguing,” deputies arrived at the residence on April 16,2021 at 7:30 p.m., according to Lt. Thomas Seiver of the San Diego County Sheriff’s Department.

According to Seiver, Deputies broke down the door to the house after hearing screams and discovered Barcelon and his wife inside hurt.

Both were taken to the hospital by the medics, but the victim Rhona Fantone passed away soon after. After having surgery, Jay Barcelon was taken into custody on suspicion of murder and lodged in a local jail.

At first, Rhona Fantone’s husband Jay Barcelon entered a “not guilty” plea to murder. According to a report on ABS-CBN News, he had been held by the police since that evening without posting bail.

“The defendant pleaded guilty to second-degree murder and the charge that he killed his wife with a knife on Wednesday”, according to Deputy District Attorney Miriam Shoval. The prosecution predicts that he will receive a sentence of 16 years to life in state prison next month.

Jay Barcelon entered a “guilty” plea to killing his own wife.This was one day before the jury selection phase. He will be sentenced on the fifth day of December 2022 and will receive a 25-year prison term.

From her former relationship, Rhona Fantone has two children. She was able to call one of her sisters who was waiting for her in the car the night of the incident right outside their house. Her sister claims that Rhona called her and repeatedly asked her to tell her children how much she loved them. She then requested assistance from the police.

The victim’s family asked that after her death, media outlets use her maiden name instead of her married name, according to 10News.com.

DEBUNKED: Is trump really dead? All about the #TrumpIsDead on twitter