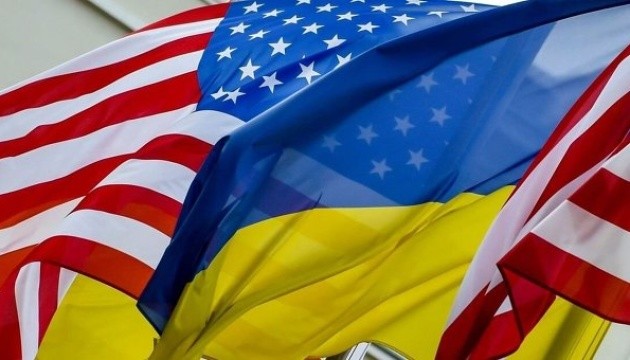 The names of the nations that are dominating the news these days are the United States, Russia, and Ukraine. But most of us have no idea what’s going on between them. Let’s look at the facts and see what we can find out. Why do the US and EU support Ukraine?

Disclaimer: This is a story written by one of my French friends. I don’t know what you’re thinking, so be nice and don’t come to me if you’re annoyed. If you want to say something write them in the comment section.

Why do the US and EU support Ukraine?

Since the Crimean War, and then Bismark, Western capitals have known that Ukraine is the mother of all fights for anybody trying to undermine Russia.

Although the concept of weakening Russia by playing the Ukrainian card seems dubious nowadays, both for the United States (whose true rival is China, although Russia is becoming closer to China as a result of the United States’ animosity to Moscow) and the European Union (whose real adversary is Russia) (who shares the European continent with Russia, and both depend on its gas supplies while not being a match in geopolitical & military terms). As a result, 77 years after the end of World War II and three decades after the end of the Cold War, NATO’s misuse appears to be a mix of Axis and Cold War policies.

I honestly don’t see what benefit there is in inflaming tensions with Russia over Ukraine for the US or the EU, and the “why” has to be explained by the Western supremacist sense of entitlement to try to impose its rule everywhere, and the Western delusion that anyone of note (like Russia or China) will continue to do so indefinitely. Ukraine is a part of the Russian national question, just as Taiwan is a part of China’s, and the Krajina, Bosnia and Herzegovina, and Kosovo and Metohija are parts of Serbia’s.

It’s nonsense to deny nations that are leaving communism (politically or economically) the right to build their own countries.

When it comes from the United States, France, the United Kingdom, and Germany, all of whom have the blood of millions of people on their hands, whether it is outside their borders, as in the United Kingdom and France, or both outside and within their borders, as in the United States and Germany, the nonsense becomes a sad farce. A good joke must be kept short, and no one is laughing about the Western leaders’ conceits of grandeur any longer. And a moralizing block has to be exemplary first and then productive, which NATO isn’t.

The term “lethal aid package” from the United States to Ukraine appears and disappears in the media, but it is truly disturbing. Imagine Russia and China providing “lethal aid packages” to countries at war with NATO or within NATO, and we’d scream all day about murdering thugs helping our enemy to slaughter our own. For the NATO Powers, however, doing so in the reverse direction is fine. It’s no surprise that Russia is becoming increasingly enraged.

When it comes to Ukraine, arming Kyiv will only lead to a more violent clash with more casualties on both the Russian and Ukrainian sides when the going gets tough, even though the winner of such a conflict is obvious, just as it is obvious that NATO powers, who can’t even keep their own citizens safe at all times, will not throw their children into the Ukraine-Russian meat-grinder when the button “on” is pressed by one party or another.

And if the persuaded Ukrainians are okay with it, the Russians may be nearing the end of their tolerance for Western “lethal” involvement in their affairs. And, while the United States of America is relatively safe from Russian retaliation due to the still-in-force MAD doctrine, the European Union, as the European side of NATO in its broadest sense, is a sitting duck in the conflict between Washington and Moscow, and would likely be the proxy of such a conflict if it spread beyond Ukraine.

What are we, as EU citizens, gaining by fiddling with Ukraine and antagonizing Russia? Nothing. What do we stand to lose if things go south? A much, to begin with, starting with the serenity and quiet we are currently experiencing. So, apart from licking the balls of the United States of America, which has been done against all logic since the end of the Cold War, what is the objective of the EU? None, the US does not even respect the EU, and to demonstrate this, their firms (GAFAM, among others) swindle the EU member states on a vast scale while fining hardcore European companies operating in the US. (Why do the US and EU support Ukraine?)

As French citizens, we have more pressing issues than preventing the Russians from reigning over what they have already governed for so long. To a large extent, Eastern Slavs are all Russians, so what is the point of interfering with that for Germans, French, Brits, or Americans? None of them are in any way constructive. Instead, we want peace in my nation and the EU, as well as a healthy economy, low gas prices, and a buffer against China and Turkey. Peace and good ties with Russia, including but not limited to Ukraine, enable or at the very least do not jeopardize this. Quite the opposite is true. (Why do the US and EU support Ukraine?)

They already have millions of impoverished people, people being sliced by COVID-19, and a lack of local industry as a result of the neoliberal decades encouraged by… Washington. Instead of trying to impose a “law” on Russia that we can’t even police correctly in our own streets, let alone in Afghanistan, Syria, or a part of Sub-Saharan Africa, we French and EU people should concentrate on that.

What is true in Europe is not true in the United States. Big army to destabilize smaller countries and, through devious means, sap larger ones, but shady healthcare system, shady “democracy,” hateful societal and political climate, the US has a lot of internal problems and should concentrate on solving them rather than dictating how the rest of the world should function. (Why do the US and EU support Ukraine?)

“Lethal aid package,” exclaims the narrator. Let’s hope Karma isn’t a thorn in the side of the West, particularly the European Union, on this one. We no longer produce enough kids to ensure our pension systems or, over a longer period of time, the homogeneity of European societies.

We simply cannot afford the demographic costs of a proxy conflict between the US and Russia on EU/bordering territory.

Our American “friends”, under the guise of “protecting us”, are really doing their best, or in truth their worst, to put us in great troubles, this without viable agenda to defend beyond “keeping Russia down” for God knows what reason 30 years after the end of the Cold-War. Then it’s best to ignore any requests from the White House or the US State Department about Russia and Ukraine.

Get the latest news on Medico topics twitter handle