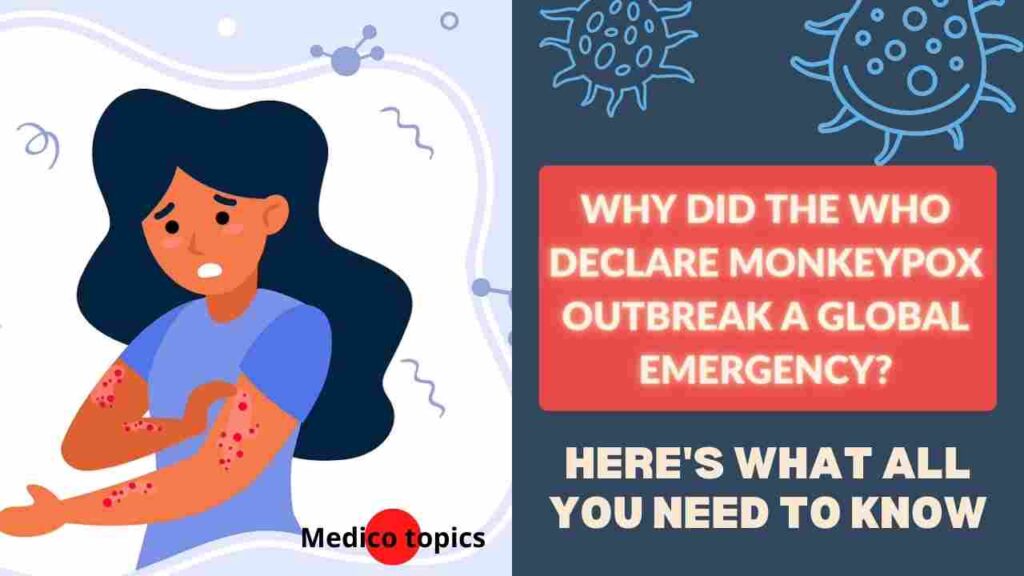 Because the outbreak has been rare, the WHO now considers it a serious enough danger to world health that a coordinated international response is required.

The most recent public health emergency declared by the WHO was in response to the Covid-19 outbreak in January 2020.

The epidemic is centered in Europe. Men who engage in male-to-male sexual activity are now the community most in danger.

According to WHO data, more than 16,000 cases of monkeypox have been recorded in 75 countries so far this year, and the number of infections that have been confirmed increased by 77% from late June to early July. Currently, the most significant risk of infection is among men who have intercourse with other men.

This year, the virus has been blamed for five documented deaths in Africa. So yet, no fatalities have been reported outside of Africa.

According to the US Centers for Disease Control and Prevention, the majority of people recover from monkeypox in two to four weeks. A rash produced by the virus may appear anywhere on the body. Those who have developed symptoms said that the rash, which resembles pimples or blisters, may be excruciating.

Because the virus is rarely seen in North American and European countries, the present monkeypox outbreak is extremely unusual. In isolated areas of West and Central Africa where rats and other animals carry the virus, monkeypox has historically spread at low rates.

The outbreak is presently centered in Europe, where more than 80% of reported cases will occur globally in 2022. More than 2,000 cases have been recorded by the United States, spanning 43 states, Washington, D.C., and Puerto Rico.

Is the Monarch butterfly endangered? What do we need to do?

Is Monkeypox dangerous? Preventions, Symptoms, and Treatments in short

[…] Why did WHO declare Monkeypox outbreak a Global Emergency […]