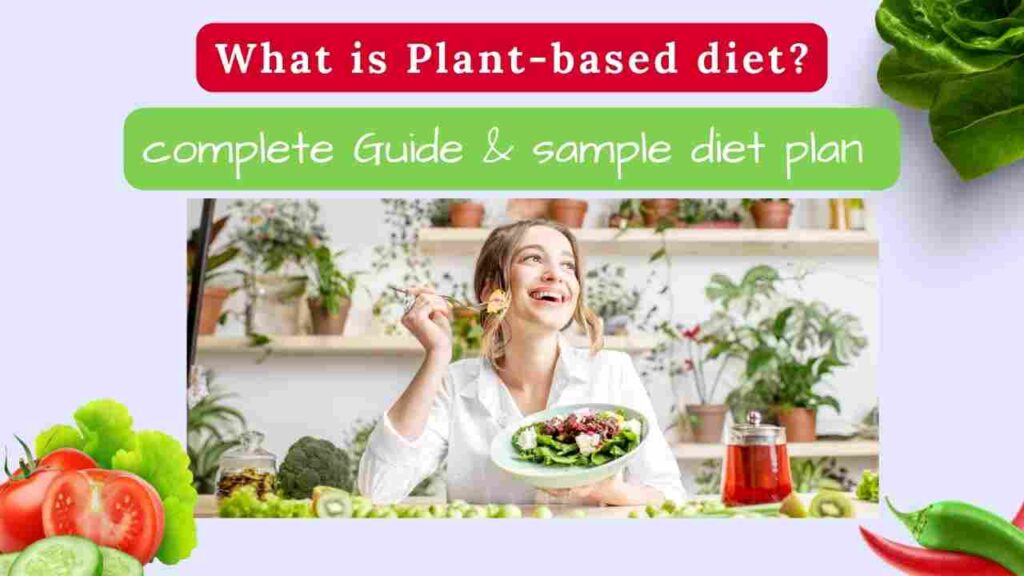 A variety of potential health advantages are linked to eating a plant-based diet. It is a very healthy way of eating and can meet all of your nutrient needs. Moreover, FSSAI recommends this diet for a healthy living. Let’s look out what is a plant-based diet and how effective it works in detail

What is a plant-based diet?

A diet that is primarily made up of plant-based foods is known as a plant-based diet. A wide variety of dietary patterns known as “plant-based diets” are characterized by a low intake of animal products and a high intake of plant goods such as fruits, vegetables, whole grains, legumes, nuts, and seeds. They are identified by their seldom eating animal foods rather than by being vegan or vegetarian.

Who invented the plant-based diet?

The term “plant-based” was forged in 1980 by biochemist Thomas Colin Campbell, who utilized it to present his research on a non-animal-product diet in a way that he felt wouldn’t be clouded by politics.

The China Project, a ten-year investigation on dietary customs in rural China, served as the basis for Campbell’s research on a plant-based diet. This research proves that a diet high in plant foods and low in animal protein and fat might lower the prevalence of several diseases. The China Study, a best-selling book that highlights the possible health advantages of a plant-based diet, was written by Campbell and his son in 2005. Campbell also used the plant-based idea to inform customers about how consuming meat had serious negative effects on the environment.

Some authors distinguish between “plant-based” and “plant-only” diets. Eating foods from plants that have undergone little processing might be referred to as following a plant-based diet. In clinical trials, the term “plant-based diet” is used 50% of the time interchangeably with the term “vegan”. That denotes the interventional diet excluded foods of animal origin. 20% of studies included meat, and 30% of studies included dairy. 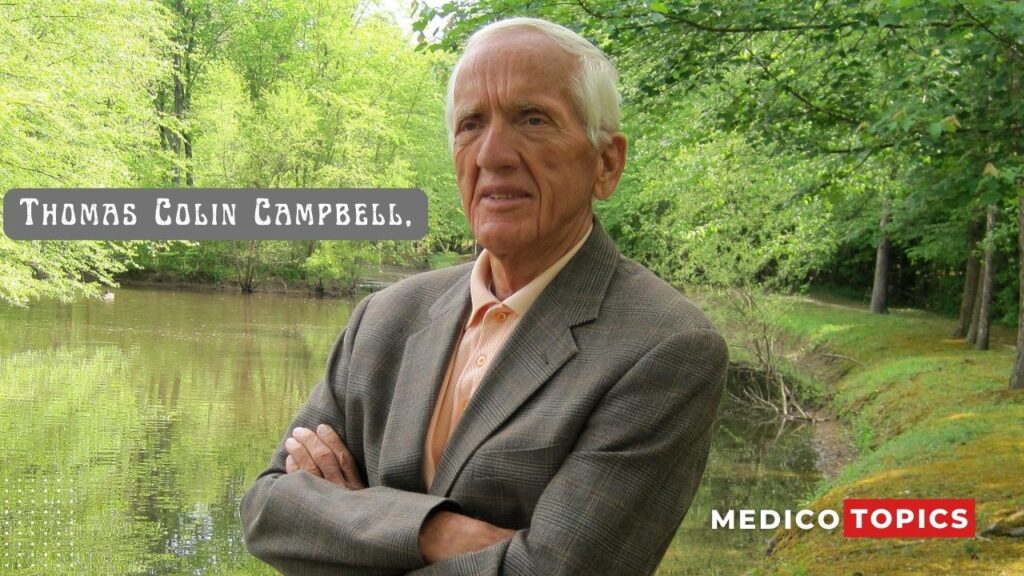 People are beginning to understand how important proper food is for staying hale and hearty. According to experts, eating a balanced diet that includes all the necessary vitamins, carbs, fats, and proteins daily can have long-term positive effects on one’s health. A plant-based diet, which includes foods produced from plants such as fruits, vegetables, nuts, seeds, and legumes, is also advised by studies.

The FSSAI or Food Safety and Standards Authority of India also recently published on Twitter about the need to have a plant-based diet.

The following advice will assist you in beginning of a plant-based diet.

Look out types of Plant-Based Diets

Think of “plant-based” as a broad category, with other more typical diets falling under its umbrella. For example, the Mediterranean diet is a version of a plant-based diet because even though it includes fish and poultry, the emphasis is on plant-based foods, Manaker says.

Whole30, a popular diet, and lifestyle plan don’t usually qualify. “The Whole30 diet traditionally is more serious on animal proteins, though it is possible to follow this diet in a plant-based way,” Manaker says.

What foods to include and avoid in a Plant-Based Diet?

Foods to Eat and Drink

Foods to Limit (or Avoid Entirely, Depending on the Plan You Choose)

Benefits of a Plant-Based Diet:

According to a May 2017 Journal of Geriatric Cardiology paper, the leading predictor of early death in the United States is eating poorly. Compared to a diet that emphasizes whole foods and plant-based nutrients, the traditional American diet, which is high in saturated and trans fats, sodium, and processed meat, puts you at a disadvantage in terms of health and lifespan. The majority of those who follow this eating style do so because of the possible health advantages. According to Manaker, eating this way has many benefits for the heart, such as lower cholesterol.

Will a Plant-Based Diet Aid in Weight Loss?

Even while there are many benefits to switching to a plant-based diet, such as a lower chance of developing chronic diseases and a smaller carbon footprint, you might also desire to lose weight. Good news: A plant-based diet can also be beneficial in this regard. An analysis of vegan and vegetarian diets found that these eating patterns may prevent overweight and obesity in a healthier, more long-term manner than other eating strategies.

Numerous research linking plant-based diets to weight loss are cited in the same review. In one meta-analysis of 12 research, for instance, participants who were randomly assigned to follow a plant-based diet shed 4.5 pounds more weight than those who chose a different, non-plant-based diet. The Physicians Committee for Responsible Medicine points out that because plant-based diets emphasize whole foods, which are high in filling fiber, they may promote weight loss. Additionally, limiting or avoiding higher-fat foods, such as meat, may help you reach your weight-loss objectives because 1 gram (g) of fat is equal to 9 calories, compared to only 4 from 1 g of carbohydrate. Calorie restriction may help with weight loss.

It reduces the Type 2 diabetes risk:

Researchers discovered that eating a plant-based diet, which includes things like fruits, vegetables, legumes, nuts, and whole grains, was linked to a lower risk of type 2 diabetes in a review article that was published in July 2018 in JAMA Internal Medicine.

About 307,100 people participated in the nine trials, and the results were adjusted for variables like smoking status and exercise frequency that could have otherwise influenced them. Therefore, researchers concluded that the participants’ dietary choices were to blame for the lower risk.

This decreased risk of type 2 diabetes may be attributable to enhanced beta cell function, which aids in the production of insulin (the hormone that keeps blood sugar levels stable). Beta cell function decreases with the progression of type 2 diabetes, and this can result in severe swings in blood sugar levels, according to a prior study. A randomized trial, however, discovered that after just 16 weeks of following a plant-based diet, individuals had enhanced beta cell function and insulin sensitivity compared to the control group, along with better body mass indices (BMIs) and reduced belly fat. Manaker agrees that if you follow a plant-based diet in a healthy way, it can aid in weight management and may even cause weight loss. Most people who switch from a conventional American diet also report feeling more energized, she continues.

According to the Physicians Committee for Responsible Medicine, high blood pressure, often known as hypertension, can raise the chance of developing health problems like heart disease, stroke, and type 2 diabetes. Fortunately, what you eat can influence your health. Following a plant-based diet helps lower blood pressure, which lowers your risk of developing these illnesses, according to numerous research. According to a meta-analysis that looked at data from 39 research and was published in April 2014 in JAMA Internal Medicine, vegetarians had lower blood pressure on average than omnivores, or persons who ate both vegetables and meat. Additionally, another study that was released in the Journal of Hypertension in November 2016 discovered that vegetarians had a 34 percent decreased risk.

It Maintains a Healthy Heart

Meat includes saturated fat, which when consumed in excess can cause heart problems. As a result, you’re doing your heart good by eating less meat and more plant-based foods. According to research published in August 2019 in the Journal of the American Heart Association, adopting a plant-based diet may lower the chance of having the cardiovascular disease by 16% and of dying from it by roughly 31%. However, it’s not just about cutting back on meat; you also need to make sure that the plant-based foods you do eat are nutritious. According to a 2017 study in the Journal of the American College of Cardiology, harmful plant foods, such as refined grains and sugary drinks, can raise your risk of heart disease. Instead, fill up on whole grains, legumes, fruits, vegetables, and healthy oils (like olive oil)

Reduces the risk of Stroke:

High blood pressure, being overweight, having diabetes or heart disease, having high cholesterol, smoking, drinking, or abusing medications all raise your risk of having a stroke. As mentioned above, adopting a plant-based diet and leading a healthy lifestyle will eliminate the majority of those risk factors. After all, strokes can be avoided in 50% of cases. By eating more fruits and vegetables, you can minimize your risk in a straightforward method. A study that was published in June 2014 in the journal Stroke found that those who consumed the most fruits and vegetables had a 21% lower risk of stroke than those who consumed the least.

It reduces the risk of Cancer:

Another study that specifically looked at breast cancer discovered that those who closely followed a plant-based diet had a 67 percent lower risk of developing the disease than those who did not. One thing to keep in mind: Don’t worry if you haven’t completely given up animal proteins yet. According to a different study, while increasing your intake of plant-based proteins can reduce your risk of developing cancer and cardiovascular disease, animal proteins did not appear to carry any additional danger.

So even while you don’t have to entirely cut out meat and dairy from your diet, you can still reduce your risk of developing certain diseases by trying to eat more plant proteins. To ensure you have plenty of options to choose from when you become hungry, Manaker advises drafting a grocery list that is heavy on veggies, legumes, and plant-based proteins. Based on one research, a plant-based diet may lower the incidence of heart disease and perhaps even cancer among Black Americans, who are adversely affected by several chronic diseases.

A plant-based diet may be beneficial for your health and mind. There is conflicting evidence, but one study involving more than 3,000 adults found that eating a plant-based diet consistently was associated with improved cognitive function, including long-term memory and executive function. Future research should examine the mechanisms underlying why this occurs.

It helps to extend your life:

According to some research, eating a diet high in plant protein is associated with a lower rate of early death from all causes. One review of studies, which included more than 715,000 participants, found that people with diets high in plant protein had a 6 percent lower risk of premature death than people with diets high in other types of protein. One study involving 135,000 people discovered a connection between increased consumption of fruits, vegetables, and legumes and a decreased risk of early death from any cause. Participants experienced the greatest health benefits when consuming three to four servings of these foods each day, which is a goal that anyone eating a plant-based diet is likely to achieve.

What disadvantages do plant-based diets have?

There are certain downsides to a plant-based diet and way of life. Even while not all of them are grave worries, they should nevertheless be taken into account.

A sample of a 7-day plant-based diet meal plan is given below:

In addition to avoiding all or most animal products, a plant-based diet might also entail consuming a disproportionate amount of food from plant sources.

Animal foods are not included in this meal plan, but that doesn’t mean you have to completely avoid them.

If you wish to eat animal products, think about making them a side dish rather than the main course of your dinner.

A smart place to start could be with a few meals during the week that contain a few animal items.

For instance, you may top your black bean quesadilla with cheese or eat scrambled eggs with a vegetarian hash and avocado once a week.

Who is Evan Kail? How did he find the Unseen Photos of a 1937 Massacre? Revealed

How did Earnie Shavers die? Cause of death revealed