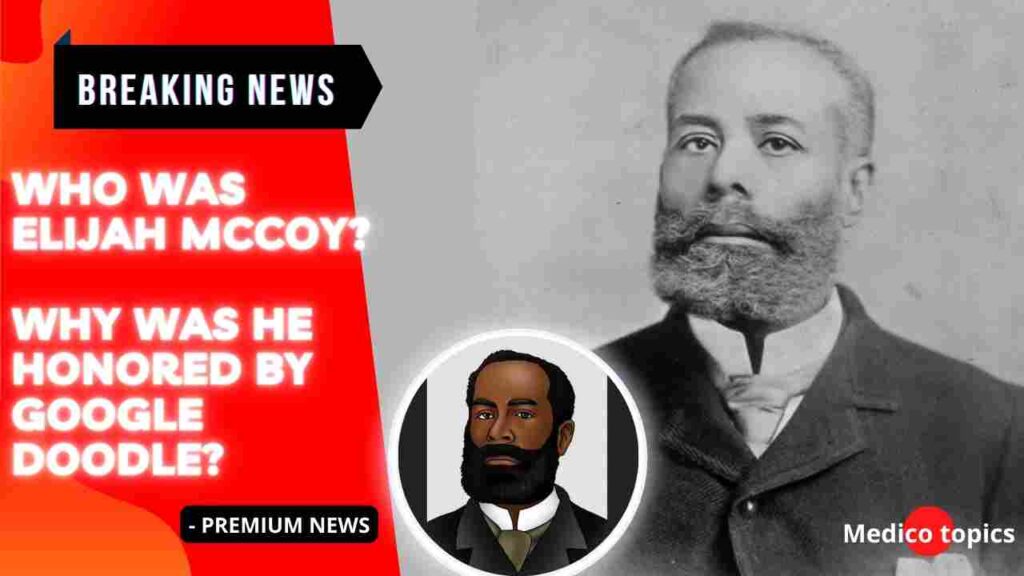 Who was Elijah McCoy?

Elijah J. McCoy (May 2, 1844 – October 10, 1929) was a Canadian engineer who invented the steam engine lubrication system. Born free on the Ontario shore of Lake Erie to parents who had fled enslavement in Kentucky, he moved to the United States as a young child when his family came back in 1847, becoming a resident and citizen.

Why was Elijah McCoy honored by Google doodle?

Google is commemorating the birthday of Elijah McCoy, a Canadian-American engineer, and inventor. The doodle pays tribute to McCoy, who improved train efficiency with his locomotive and railway-related inventions, by featuring an animated steam engine train circling a portrait of the engineer.

McCoy was born in Colchester, Ontario after his parents used the Underground Railroad to escape enslavement in Kentucky in 1837.

He found work as a fireman and oiler for the Michigan Central Railroad after studying as a mechanical engineer apprentice in Edinburgh, Scotland.

While working in Michigan, he invented the oil-drip cup, which allowed oil to flow around a train’s engine without the crew having to stop every few miles to manually lubricate it, and received his first patent, titled “Improvement in Lubricators for Steam Engines.” According to Google, this invention was later applied to oil drilling and mining equipment, as well as construction and factory tools.

What did Elijah McCoy invent? 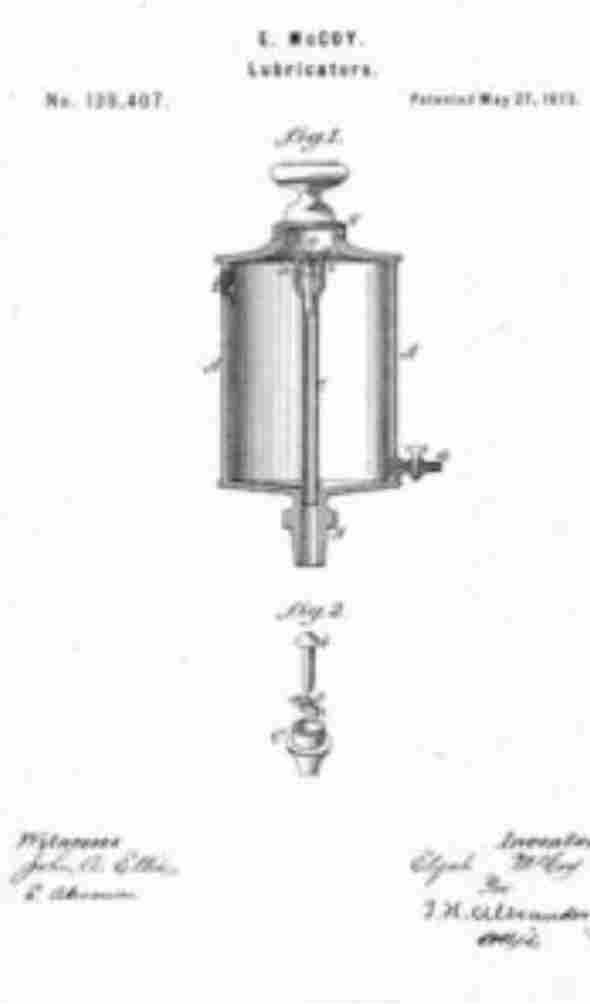 During America’s Industrial Revolution, perhaps no invention had a greater impact than the steam engine. The movement of a piston-powered a machine or rotated a wheel by boiling water and using hot steam to drive it back and forth. This enabled factories to move away from relying on wind and waterpower, allowing these facilities to be built anywhere.

Steam quickly proved to have the potential to revolutionize both manufacturing and transportation. The first steam locomotives were imported from England in 1829 and began to be used for the rapid transportation of materials, and finally people, across the country.

Steam engines required constant fuel and lubrication to function properly. The former could be finished while the train was moving by shoveling coal into the firebox, but the latter required the train to come to a complete stop to avoid overheating.

However, thanks to the automatic engine lubricator invented by National Inventors Hall of Fame Inductee® (NIHF) Elijah McCoy, steam-powered trains no longer needed to stop in the middle of a journey to be lubricated.

Read on to find out how McCoy overcame great odds to create a device that paved the way for steam-powered train travel.

How did Elijah McCoy’s invention change the world?

After the Civil War, Elijah McCoy (1843? -1929) made significant contributions to the design of railroad locomotives. He kept up with advances in locomotive design, developing new lubrication systems for early-twentieth-century steam engines.

In the late 1800s and early 1900s, Elijah McCoy was a black inventor and engineer. He is well-known for his 57 U.S. patents and for completely transforming the railroad industry. McCoy patented a device in 1872 that automatically oiled locomotive parts while the train was in motion.

The real deal. The device automatically supplied lubricating oil to locomotive cylinders, bearings, and axle box mountings. Because trains did not need to be stopped en route to their destinations to have their engines greased, productivity increased, allowing trains to run faster and more profitably. And he patented it in the United States and Canada in 1872 and 1874, respectively.

Why is Elijah McCoy so important?

In the late 1800s and early 1900s, Elijah McCoy was a Black inventor and engineer. He is well-known for his 57 U.S. patents and for completely transforming the railroad industry.

Other engineers quickly replicated the massive technological breakthrough, but his talent and craftsmanship were hard to replicate accurately. His name became synonymous with superior quality; railroad workers demanded “the real McCoy” and refused to use technology from another company.

McCoy never stopped working on or improving his inventions; he patented 57 in his lifetime. Many of his inventions were related to improving train travel, but he also designed ironing boards, lawn sprinklers, and other machines that we still use today.

McCoy established the Elijah McCoy Manufacturing Company near the end of his life in 1920, gaining even more credibility and respect. Elijah McCoy passed away on October 10, 1929.

Even though the world and industry were conspiring against him, McCoy changed and improved transportation for all of us around the world.

The early life of Elijah McCoy

McCoy was born on May 2, 1844, to George and Mildred McCoy in Colchester, Ontario, Canada. His parents, who were born into slavery, fled Kentucky and arrived in Canada via the Underground Railroad. George enlisted in the British forces and was rewarded with 160 acres of land in exchange.

McCoy and his family returned to the United States when he was three years old, eventually settling in Ypsilanti, Michigan, where his father opened a tobacco business. McCoy was fascinated by his father’s tools and machines from a young age, and he experimented with various ways to repair and improve them.

In 1873, he married Mary Eleanora Delaney for the second time. When McCoy found work in Detroit, the couple relocated. In 1898, Mary McCoy (died 1922) assisted in the establishment of the Phillis Wheatley Home for Aged Colored Men.

McCoy died on October 10, 1929, at the age of 85, in the Eloise Infirmary in Nankin Township, now Westland, Michigan, from injuries sustained in a car accident seven years earlier in which his wife Mary died.  He was laid to rest in the Detroit Memorial Park East in Warren, Michigan.