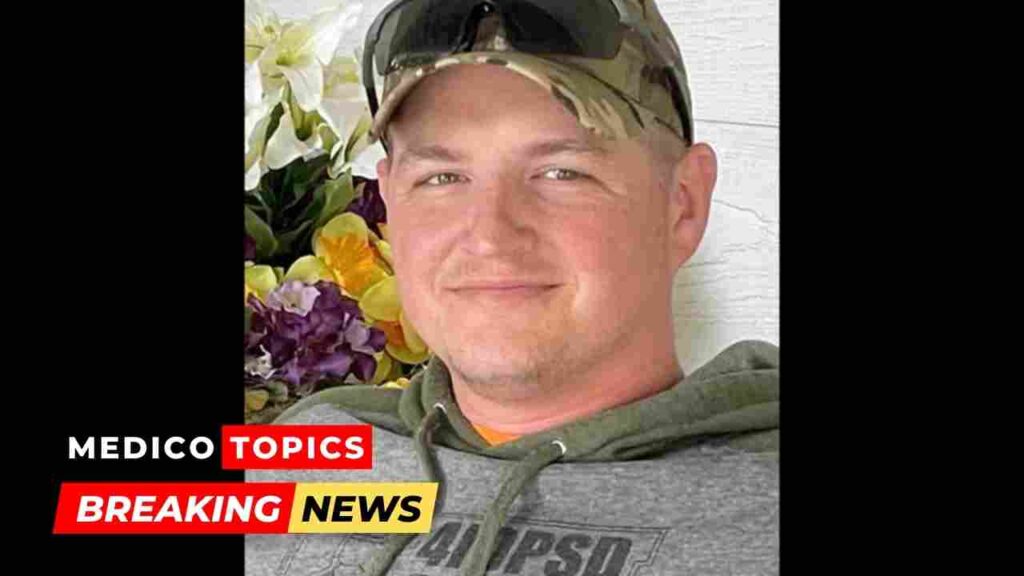 Former US Army soldier Dane Partridge, 34, passed away in a hospital. On October 3, Russian forces hit his unit in Luhansk Obl, leaving him badly injured. Let’s see who was Dane Patridge in detail.

How did Dane Partridge die?

Dane Partridge of Rexburg, died while on life support in a Ukrainian hospital, according to KIVI-TV. After being hurt in a Russian attack earlier this month, a former infantryman from Idaho who served in the U.S. military died in Ukraine on Tuesday, according to his family. “His call sign was ‘Bird’. So when you see a bird, think of my son,” his mother said.

We are deeply saddened by the death of Dane Partridge, an American military veteran from Idaho who died this week while volunteering in Ukraine. We appreciate his service and we extend our heartfelt sympathies to his wife and five children.
https://t.co/1EZerP8adK

Dane Partridge, who fought in Iraq for 15 months from 2007 to 2009, was hit during a Russian tank assault on his unit in Severodonetsk on October 3 and suffered catastrophic damage to his neck and brain stem, according to the report.

Partridge’s family posted on Facebook, “He was a fine soldier who fought with valor and bravery on the battlefield,”

“We have been told that he was known to be at the front of his team-leading his men as he would never ask his men to do anything that he wasn’t willing to do.”

What happened to Dane Partridge?

According to KIVI, a representative for the U.S. State Department confirmed that an American had died in the Donbas region of Ukraine but gave no other details. There is no information about the number of American volunteers fighting in Ukraine or the number of those who have perished there.

Patridge suffered from catastrophic damage to his neck and brain after the war. Partridge’s wife and five children, who range in age from 2 to 15, made a video call to him during the final week of his life while he was in a coma.

In March, a representative of the Ukrainian Embassy in Washington told a publication that the newly created International Legion of Territorial Defense of Ukraine had roughly 4,000 potential recruits.

Officers including Luke Lucyszyn and Bryan Young were dead in July, Stephen D. Zabielskihas died in May, and Willy Cancel died in April before Partridge’s death.

Before purchasing a one-way ticket to Poland, Partridge reportedly wrote a will, according to the Post. Corry told the publication that he signed up to fight with the legion in April. “It was sad for me when he did go because I simply knew in my heart that it would be the last time I saw him.”

Who was Dane Patridge?

The son of a U.S. Air Force officer and a Red Cross volunteer, Partridge had wanted to join the military since he was a young boy. His mother, Terri Hepworth, told the Post, “All he knew growing up was flak jackets, M-16s, guard dogs, and seeing NATO exercises.” He never left that part of his world, which was it.

Partridge’s family relocated to Oklahoma’s Altus Air Force Base when he was 3 years old. Partridge grew up “in the mud with his friends, playing Army person,” according to his sister.

Partridge made the decision to go into the Army after graduating from high school and the family eventually relocated to Rexburg. During the Iraq War, he worked as an armored vehicle driver and turret gunner in Baghdad, according to Matt Reeves, one of his sergeants, who spoke to the Washington Post.

According to his father Dennis Partridge, Partridge departed the service in 2012 with the rank of private first class. Army spokesman Matt Leonard confirmed Partridge’s rank and a stint of duty in Iraq.

During the final week of his life Partridge was in a coma, and his wife and five children, who are ages 2 to 15, said goodbye through a video call. The body of Partridge will be brought back to the U.S.

Today I spoke with the family of Dane “Bird” Partridge, a US veteran who died in Ukraine this week after a Russian attack. “I had never seen him happier than in Ukraine,” his mother said. “He found his purpose not in the fighting so much as the saving.”

It has been a joy and honor to know Dane „Bird” Partridge. He saved 8 Legion soldiers in June and rejoiced in Ukrainian courage in the cause of liberty. We will bring him home to Idaho with the utmost respect. Glory to the heroes.

Replying to @washingtonpost and@ChristopherJM What an incredible loss for our nation and for humanity. Dane Partridge is truly an American and Ukrainian hero who died in a valid and serious fight for democracy and freedom. We owe him a debt we can never repay. All my love to his family.

Replying to @EuromaidanPress HERO. My sincerest condolences to the family and friends of Dane “Bird” Partridge. Fly on sir… You gave your life so others may live. Such an honorable and courageous Man and Soldier. You shall not be forgotten.

Breaking News Like many countless thousands who come before him, Dane Partridge, 34 gives his life to protect Ukraine. His name will also go into Ukraine’s history books forever and ever from a graceful nation to do what’s right from General Norman Schwarzkopf Rules #13 R.I.P.

How good is XPeng X2’s Flying car? A complete review from Dubai testing

Raleigh shooting: Who is the suspect? What is the motive behind this? Explained