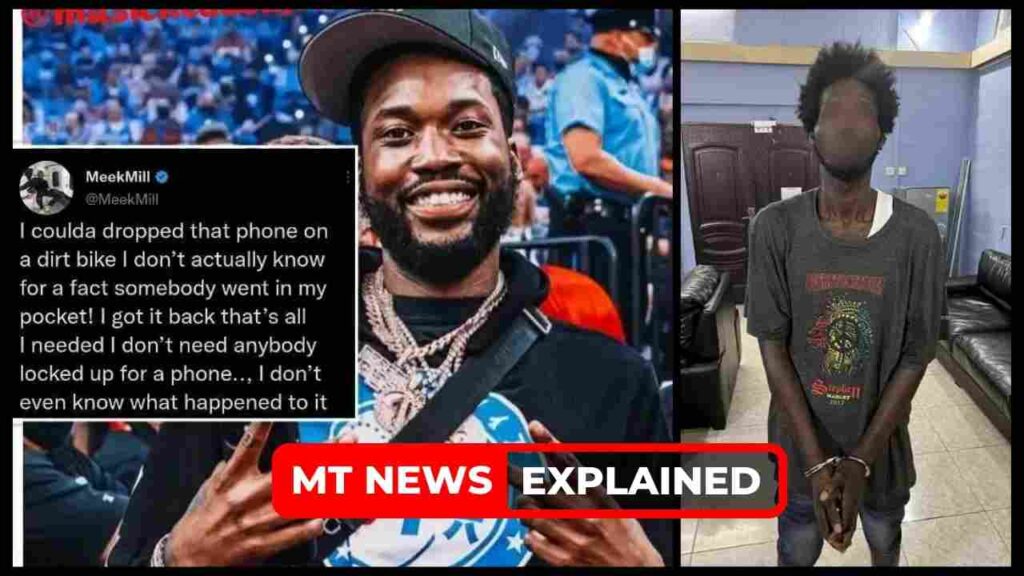 Who is Nuhu Sule Alias Ababaawa?

Police apprehend the culprit after finding Meek Mill’s stolen phone. According to the police, the suspect, Nuhu Sule alias Ababaawa, is now being held and will be subjected to the proper legal procedures.

The American hip-hop star Meek Mill’s phone was stolen, and the police detained one suspect and recovered the stolen device. Nuhu Sule, also known as Ababaawa, the suspect, was apprehended in his hideout in Accra on Friday, December 30, 2022.

According to the police, the suspect is currently in custody and will be subjected to the necessary legal process. Meek Mill, the victim, reported his phone stolen on Thursday in Accra (29 December 2022).

Meek Mill had his phone stolen out of his pocket in Ghana 😳🇬🇭 pic.twitter.com/44dWlcNIpt

The performer, who had been eager to go to Ghana, gave a performance on Thursday at the 2022 Afro Nation festival. However, the journey to the performance location before his performance was tumultuous. Fans who were eager to see their favorite star surrounded him.

The amateur video captured Meek struggling to escape the frenzied crowd and climbing over the gate into the arena. On stage, he later revealed to the crowd that he had been robbed. Later, he announced that his phone had been taken in a post on Instagram and begged the owner to give it back. 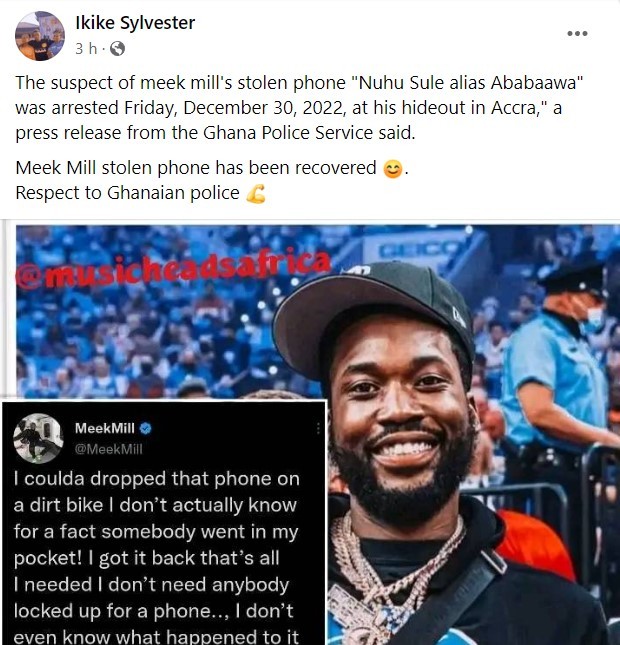 Bishop Quinn Weitzel passed away at 98, Cause of death Explained