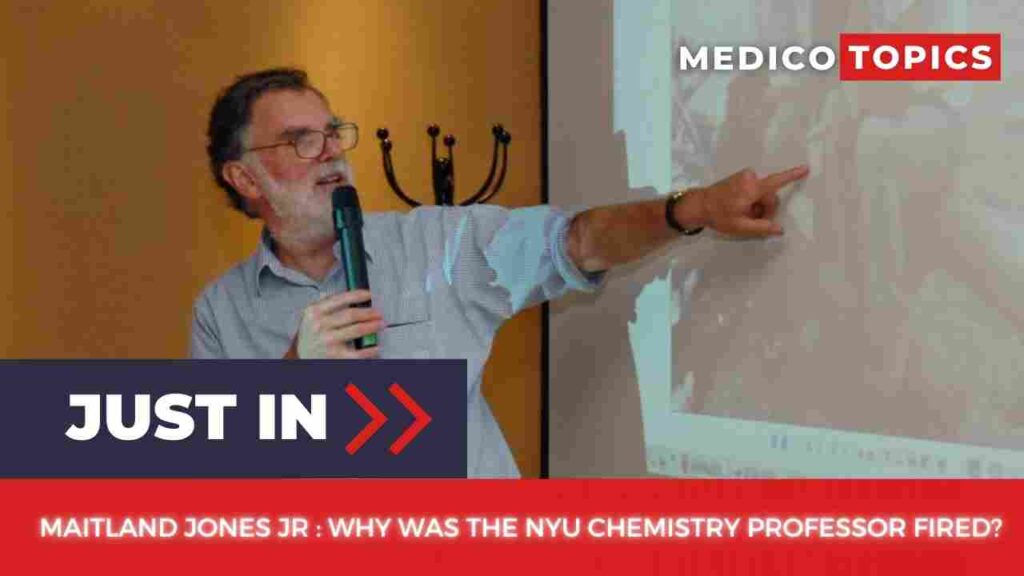 Who is Maitland Jones Jr.?

Maitland Jones Jr. has a long contribution to the world of organic chemistry and Experimental Chemistry. He produced a widely used textbook and taught the subject for many years.

Some of his textbooks are:

Jones’ area of study includes reactive intermediates, with a special focus on carbenes. He has written huge articles in the area of quantum organic chemistry, specializing in particular on the workings of quantum molecular processes. Carbenes, Carboranes, and heterocycles are some of his research interests. He along with his team wrote 225 papers over the span of nearly 40 years. Jones has written various textbooks on organic chemistry.

Jones began to work at Princeton University in 1964 and continued there until his retirement from the institution in 2007. He then lectured at New York University. He was recognized as one of New York University’s most cool lecturers and won awards for his teaching.

Why was the NYU Chemistry professor fired?

You gotta read this!

At N.Y.U., Students Were Failing Organic Chemistry. Who Was to Blame?
Maitland Jones Jr., a respected professor, defended his standards. But students started a petition, and the university dismissed him.https://t.co/YmhODBtByr

Students of NYU blamed Dr. Jones for their low test scores and claimed the high-stakes course was tough, which ruined many students’ aim to join medical school. After students circulated a petition objecting to Jones’ difficult class, NYU fired him. Meanwhile, doctors say that Organic Chemistry act as a filter, preventing underqualified students from entering the field of medicine.

But Jones said that the students weren’t making enough of an effort and that the pandemic made them disengaged, anxious, and indolent. They were definitely not attending class, according to Jones. They were unable to respond to the questions because they weren’t watching the videos.

Dr. Jones’ contract was terminated by university deans just before the start of the fall semester.

Maitland Jones Jr., a respected chemistry professor, was dismissed by NYU after students complained his class was too hard. He and the chemistry faculty defended his standards, igniting a debate about the relaxing of academic standards.

I teach at NYU and don’t think this guy should have been fired. One of many problems with insanely expensive private education is that institutions have an incentive to treat the student as a customer and not a student who needs to learn certain things.

At N.Y.U., Students Were Failing Organic Chemistry. Who Was to Blame?  Maitland Jones Jr., a respected professor, defended his standards. But students started a petition, and the university dismissed him.

This should help you figure out who is in charge of the universities. NYU students managed to get their organic chemistry professor fired for being too hard. The professor, Maitland Jones Jr., wrote an influential textbook on the subject and had a long career at Princeton before landing at NYU, but he was dismissed by the university after 82 of his 350 students signed a petition against him last spring. Fellow chemistry profs and some other students came to his defense, sparking a debate over just who was to blame for struggling students, but Jones has said, “I don’t want my job back.

How did Jim Sweeney die? Former Steelers OL cause of death Explained

How did Dr. Sh. Osamah Abdulatheem die? his cause of death Explained