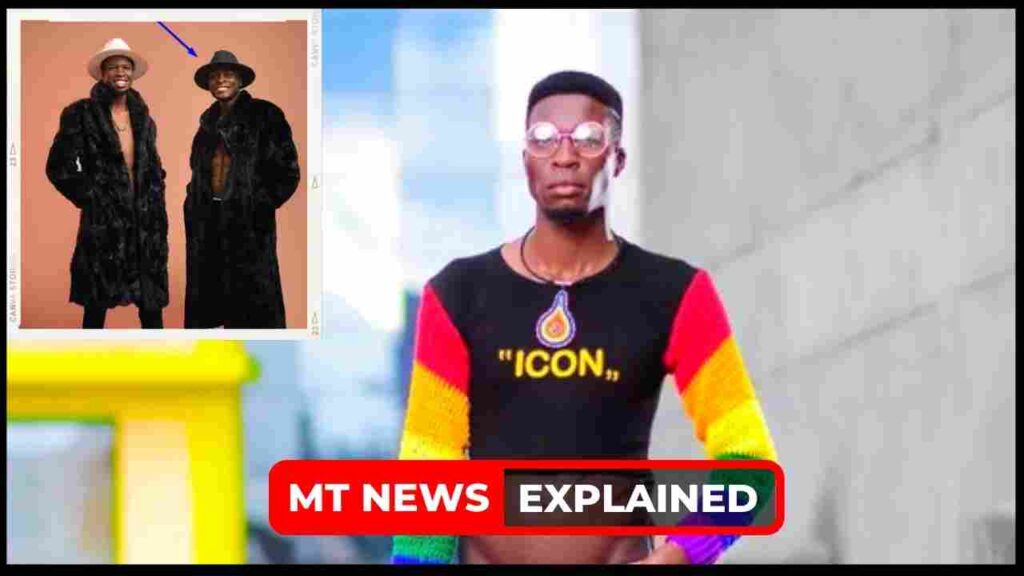 The primary suspect in the murder of LGBTQ activist Edwin Chiloba was arrested. Learn more about the suspect Jacktone Odhiambo in this article

The main suspect in the murder of LGBTQ activist and model Edwin Kiprotich Kiptoo aka Chiloba has been detained by police in Eldoret. A longtime acquaintance of the dead named Jacktone Odhiambo, a freelance photographer with a base in Nairobi, has been named as the suspect.

Edwin Chiloba’s roommate and friend, Jacktone Odhiambo has been arrested in Langas over the LGBTQ model’s killing. ALLEGEDLY, he was seen carrying a metal box at night, and also sent some money to a caretaker using Chiloba’s phone on Jan 4.

The body of young fashion designer and LGBTQ activist Edwin Chiloba was discovered discarded by the side of the road near the town of Eldoret, and police in Kenya are now looking into his death.

Police have detained a suspect, but they have not disclosed their suspicions. Rights groups in Kenya, where gay intercourse is prohibited, have connected the victim’s sexuality to the murder.

According to one organization, more than half of LGBTQ Kenyans have experienced abuse. “Words aren’t adequate to capture how our community is experiencing right now.  Yet another life lost to hatred.

We will miss you, “Galck+, a rights organization, tweeted something. The National Gay and Lesbian Human Rights Commission posted on Instagram that “Edwin’s killing reminds us that queer bodies continue to be under attack all over the country.”

Edwin Chiloba was an amazing human. He was bold, passionate, his energy was immaculate. He embodied fashion. Someone murdered him cruelly, put his body in a box & dumped his body.

Edwin we speak your name. May yr blood not spill for nothing. Stop killing queer people. pic.twitter.com/aSgwyTSqnM

On Wednesday, his body was found. A witness is cited as saying that they saw someone leaving a metal box on the side of the road in a car without a license plate.

When the police were informed, they went to open the box and discovered the body. “Right now, we don’t know why he was slain in that manner. The issue is being handled by experts, “The Star newspaper earlier cited police spokesman Resila Onyango as saying.

Later, she texted Reuters, informing them that one male suspect had been taken into custody, “but the situation is still under investigation.”

In Kenya, having gay intercourse can result in up to 14 years in prison. Members of the nation’s LGBTQ community frequently experience stigma and prejudice, even though the law is rarely implemented, and efforts to decriminalize gay sex have been rebuffed. The murder of non-binary lesbian Sheila Lumumba last year sparked the hashtag # JusticeForSheila’s social media campaign.

The two suspects that are being sought by police are thought to have assisted in loading Chiloba’s body into a metal box before it was discarded in Halingham close to Kipkaren.

Investigations revealed, according to Kimulwo, that the dead looked to have been strangled and had one eye gouged out. The killing’s motive is still unknown, according to Peter Kimulwo, the DCI chief for Uasin Gishu county.

Kimulwo stated that a chief had alerted police that a metal box had been left on the side of the road in the Kipkaren district on January 3, 2023. Residents discovered an adult’s corpse inside the metal box, wrapped in a woman’s clothes.

The body was taken to the MTRH mortuary while investigations got underway because it lacked any identity paperwork. The victim resided in the Kimumu neighborhood, and police investigated a specific plot where they questioned tenants who said he stayed in room No. 11 next to Noble Bliss Plaza. The deceased shared a home with two other people.

On New Year’s Eve, according to Kimulwo, Chiloba and friends went to the Tamasha club before returning to their apartment at three in the morning. When they came, the ruckus and cries had already calmed for the neighbors.

The deceased was not seen, and the neighbors did not follow up, but on January 3, 2024, they observed a car with two persons packing a metal box before they drove off.

The residence was emitting an unpleasant odor, according to the neighbors. “We think the noise the neighbors heard earlier was when the deceased was killed,” Kimulwo stated. He claimed that the DCI was monitoring the car that dumped the body.