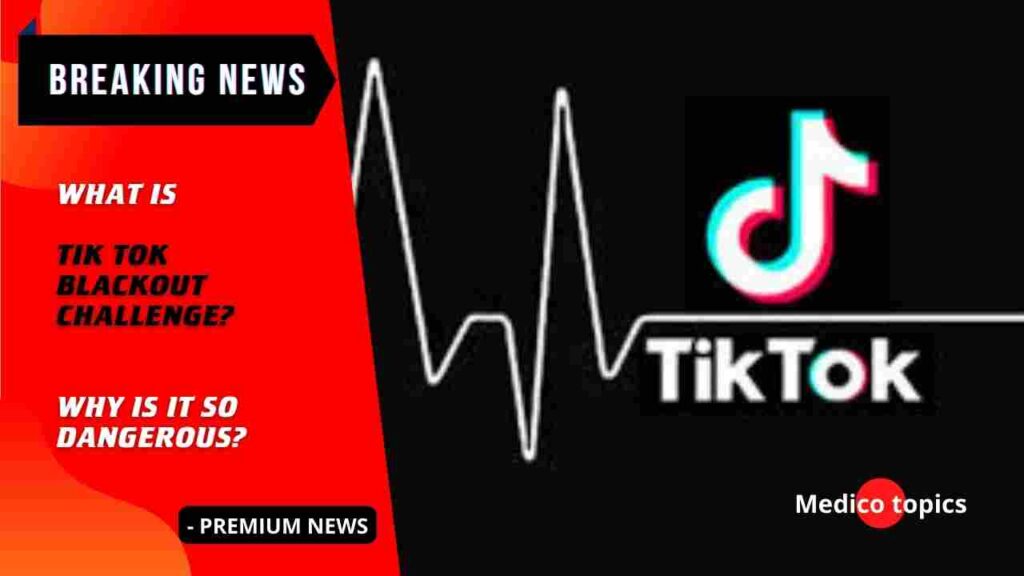 According to reports, several youngsters have died because of popular TikTok life-threatening challenge.
The Blackout Challenge, however, seems to have been created specifically to be dangerous.
Let’s see about Blackout challenge? and Why is it dangerous?.

Two young children’s families claim for children died while taking part in the “blackout challenge,” a practice that has gone viral, has filed a lawsuit against TikTok.

The parents of two young girls who allegedly passed a trending TikTok challenge have filed a lawsuit against the social media site, blaming its “dangerous” algorithms for their daughters’ passing.

According to the lawsuit submitted on Thursday in Los Angeles County’s Superior Court, the girls, who were 8 and 9 at the time of their deaths last year, were choked to death after seeing the challenge, which encouraged users to do the same.

The lawsuit asserts that TikTok knew or should have known that its product was “addictive,” that it was leading kids to inappropriate content, and that it failed to take meaningful steps to block those videos or warn kids and parents about them.

According to the complaint, police discovered that she died as a “direct result of attempting TikTok’s “blackout challenge.”

Arriani, a native of Milwaukee, Wisconsin, passed away on February 26, 2021. Her five-year-old brother discovered her when she was unresponsive. Arriani was taken off life support after being taken urgently to a nearby hospital.

The family of 10-year-old Nylah Anderson, who perished in December after allegedly completing the same challenge, also filed a lawsuit against TikTok in May.

Accusing TikTok of neglect, her mother Tawainna Anderson claimed that the challenge was “forced in front” of her daughter through her stream.

TikTok has been claimed by the parents of a 9-year-old Milwaukee girl who accidentally hanged herself in response to a “Blackout Challenge” last year.

Heriberto Arroyo, the father of Arriani Jaileen Arroyo, found his daughter hanging inside their house in February 2021 after learning she hadn’t moved, according to her younger brother.

The lawsuit was filed on Tuesday, July 5 by the parents of Lalani Erika Renee Walton, 8, and Arriani Jaileen Arroyo, 9, who claim that the social networking platform’s algorithm is “hazardous.”

They said that recordings of the “blackout challenge” were “deliberately and persistently” pushed onto the children’s feeds by TikTok, which encourages the young girls to take part.

what is Tiktok Blackout challenge?

Although the challenge is not a new idea, its revival makes it more common among youthful users, which is killing them. The “blackout challenge,” also known as the “choking challenge” or the “pass-out challenge,” urged people to hold their breath until they become unconscious from a lack of oxygen.

According to Dr. Nick Flynn, what is exactly happening in the brain is an oxygen shortage similar to that experienced by someone drowning, suffocating, or experiencing a cardiac arrest.

This online challenge has existed in the past, named “The Game of Choking,” “Speed Dreaming,” or “The Fainting Game.” Since the challenge became widely known in 2021, it is estimated that millions of footage of individuals attempting it and posted on websites like YouTube.

Why TikTok blackout challenge is so dangerous?

The CDC also published a list of symptoms that someone may be attempting the “blackout challenge,” which includes:

Red eyes
Injuries to their neck
Bad headaches
Feeling lost after being alone for a while.

According to the CDC, Robin L. Toblin, Ph.D., M.P.H. stated that she hopes to increase awareness of the choking game among parents, healthcare professionals, and educators so they can spot warning signs of the activity. This is because the majority of the parents in the study had never heard of the choking game.
Also, it is crucial since children might not understand the risks associated with the activity.

RIP . This is just crazy! Every child and teen is being influenced by someone or something. The dangers of social media on young minds is mostly an unforeseen and a clandestine far reaching behavioural trigger.

How did Bryan Marchment die? Cause of death Explained

How did Oriana Pepper die? Trainee easyJet pilot Cause of Death

3 thoughts on “What is the TikTok Blackout challenge? why is it so dangerous?”