First and foremost, a heartfelt Happy Birthday to Sushant Singh Rajput. Even though it’s hard to think such a great spirit is no longer on this planet, he lives on in the hearts of millions of people. (Sushant Singh Rajput facts)

Sushant Singh Rajput is the most down-to-earth, kind, loveable, and expensive gold that you can’t find anywhere else.

In fact, in the whole Indian film industry, he is the greatest actor and has a wonderful fan-friendly personality.

Let me take you through some uncommon, lesser-known facts about Sushant Singh Rajput that I gleaned from the internet while reading his biography on this lovely day. 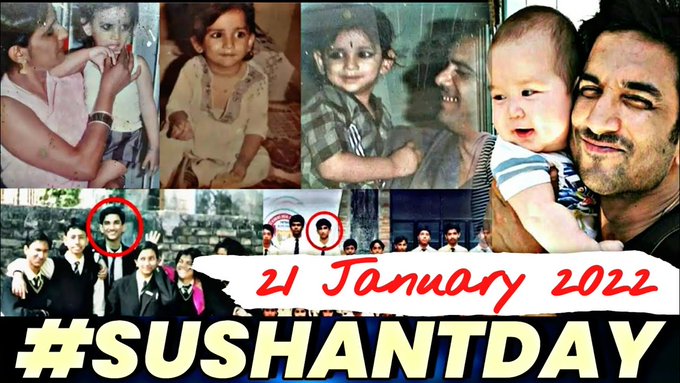 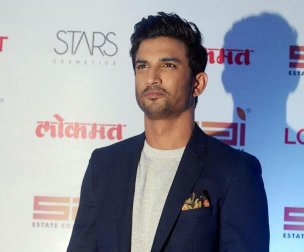 1. Sushant Singh Rajput has been offered a scholarship to attend Stanford University in California (one of the finest colleges in the United States, with notable alumni such as Larry Page and Mukesh Ambani!). However, he turned off college and joined Shaimak Davar’s Dance Troupe to pursue his love. 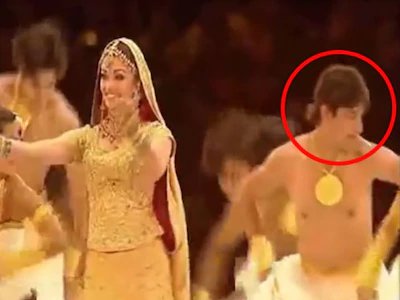 2. His main event after joining Shiamak Davar’s Dance Troupe was performing as a background dancer at the 2006 Commonwealth Games Closing Ceremony when Aishwarya Rai danced for 90 seconds. 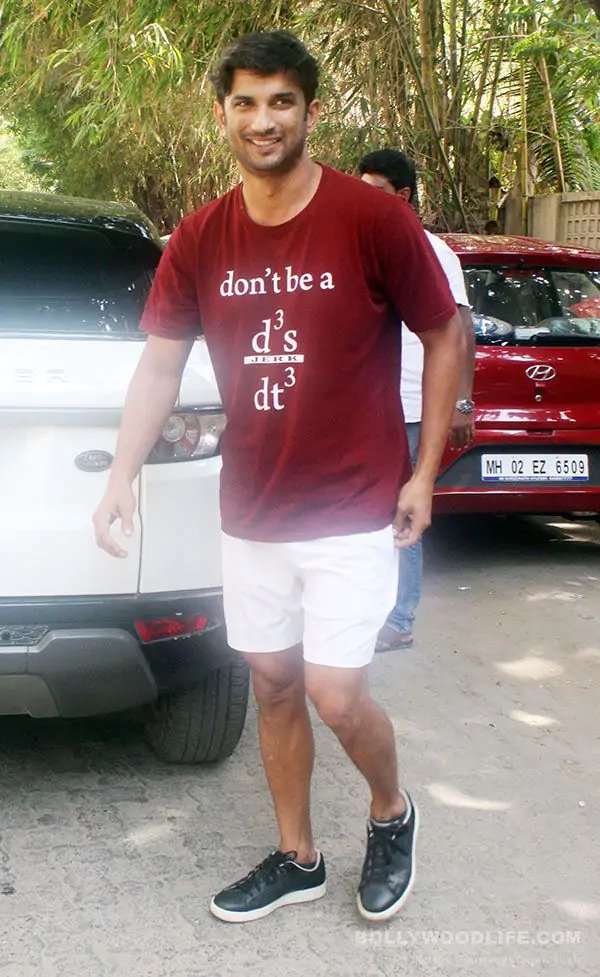 4. This image encapsulates his enthusiasm for physics! ((d3)s/(dt3) = Jerk! He never stopped studying astronomy and programming, as well as many other fascinating aspects of the cosmos. 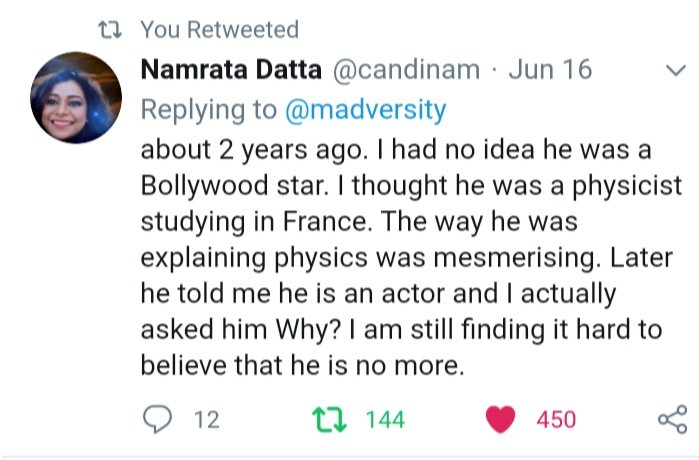 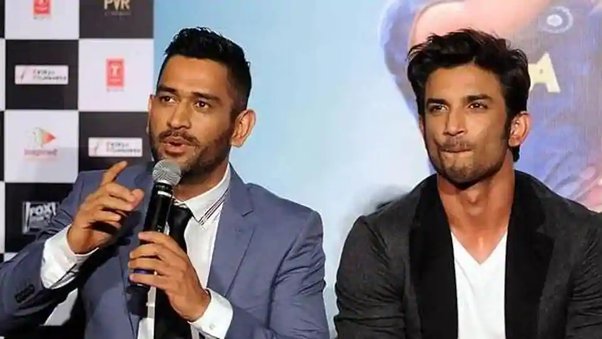 6. Only Bollywood actor to appear in Kendall Jenner’s Vogue photoshoot in May 2017! 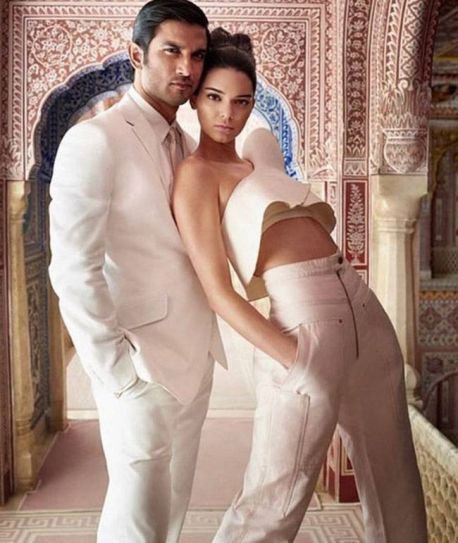 7. One of the few performers in the world who owns a Boeing 737 simulator, which is frequently used to train pilots on Boeing models! 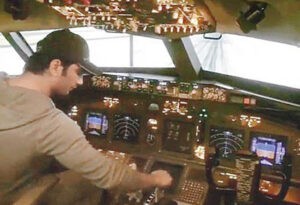 8. His commitment to acting, this one sums it perfectly! He tried his hardest in every part he played. 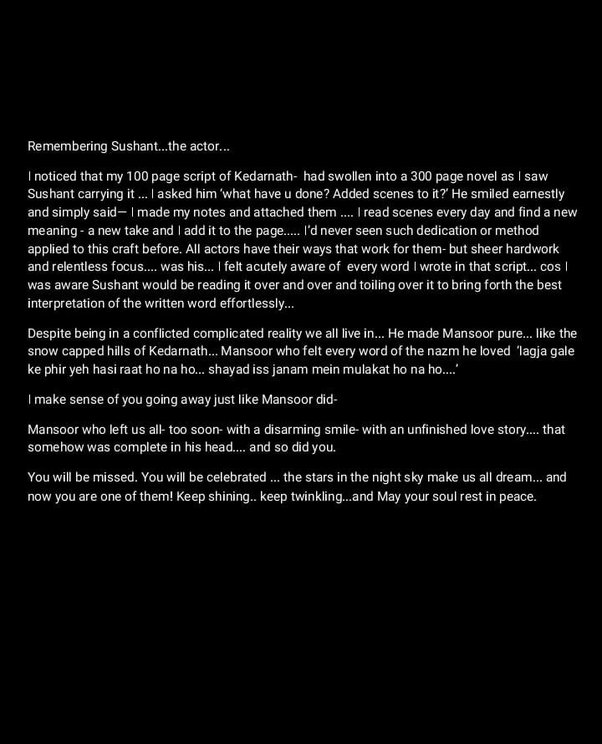 9. For the last three years before his death, Sushant Singh Rajput has been a member of the International Lunar Land Registry. He was preparing to travel to France to visit the International Space University. However, he had to cancel that visit due to other obligations. He was a firm believer in STEM education (Science Technology Engineering Mathematics). 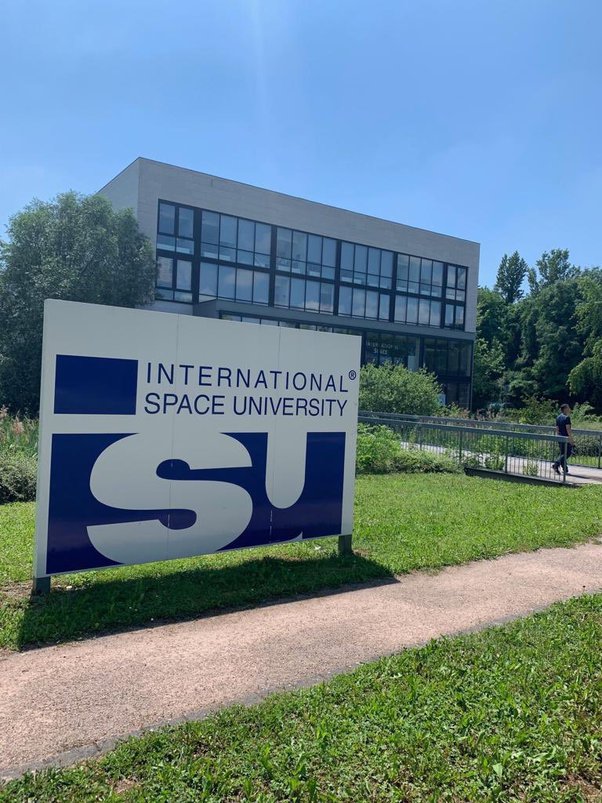 10. He only achieved 12 of the 50 dreams on his bucket list. To the end, from Physics Olympiad champion to college dropout to backstage dancer to serial actor to assistant director to movie actor to philanthropist! Regrettably, he died before completing the last 38 dreams.

11. There’s a lot to learn from his Instagram postings. Some of them are listed here (P. S. – He deserves to be the All India engineer entrance test rank holder since, despite his acting profession, he never lost his enthusiasm in studying, which I believe is what a student should be like). 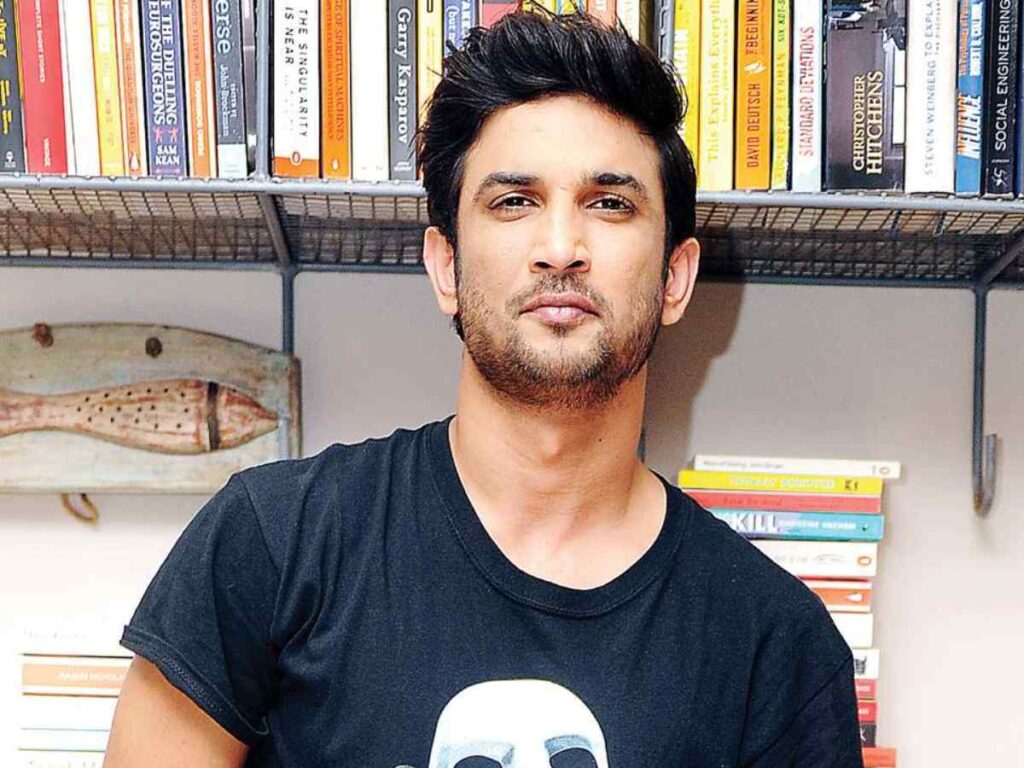 12. In 2003, he placed 7th in the DCE Entrance Exam and was accepted into the Delhi College of Engineering’s Bachelor of Engineering (Mechanical Engineering) program. He also won the National Olympiad in Physics. 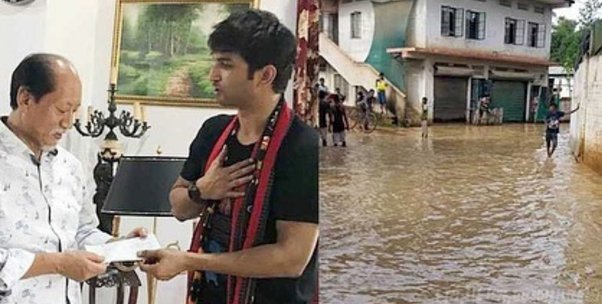 Here is what he said:

In 2018, the state was devastated by a big flood. The Naga administration has issued an appeal to all inhabitants of the country to donate to the Chief Minister’s Relief Fund.

Sushant was filming in Delhi at the time. He arrived at Dimapur, Nagaland’s commercial capital, silently and handed up a cheque for Rs. 1.25 crore to the Nagaland CM fund.

He contacted my father in Kohima afterward and spoke to him quietly and affectionately. My father praised him for his kind and generous gift and invited him to visit him in Kohima. Sushant also indicated an interest in visiting Kohima. However, the journey from Dimapur to Kohima can only be made by road and takes a few hours, which may have taken considerably longer under the flood conditions. Sushant had to rush back to Delhi for his shot as well.

So he flew back to Delhi from Dimapur, pledging to return to Kohima and the rest of the state in the near future.

That never occurred and, regrettably, will never happen again.

Sushant Singh Rajput will be remembered by the people of Nagaland and the government of Nagaland for the rest of their lives. 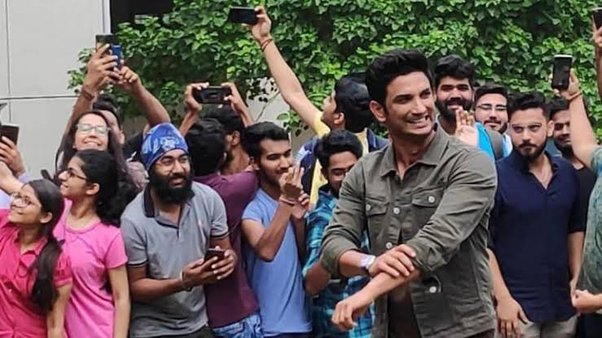 14. He intended to give his father his “DTU B.Tech degree,” which he had abandoned in his final year to pursue his ambitions. DTU, for one, was upbeat about his request.

All of you’ll be me, and all of me’ll be you.’ When he visited DTU in 2019 and presented a video, this was part of his message to DTUites.

In 2014, he paid a visit to the DTU campus, as well as numerous more occasions in the years thereafter. You’d never recognize him as a celebrity; instead, you’d recognize him as a buddy, an alumnus, or a senior who would miraculously touch your heart and make you wonder, “Did you really meet a superstar?” 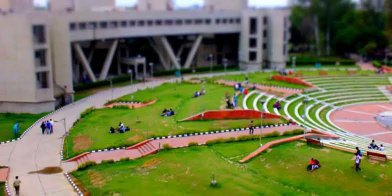 The campus at DTU will never be visited by him again.

15. Even after leaving DTU, physics was ingrained in him. On Instagram and Twitter, his bio stated, “Photon in a double slit.”

Perhaps, just as a photon appears in two forms when passing through a double slit, one as a particle and the other as a wave, he possessed a face different than the one he exhibited to the world. Perhaps there is some suffering hidden under this grin. 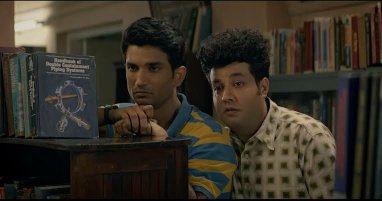 16. He had played the narrative of a passionate college student in his last film Chichore, and he had also lived it in real life.

But, regrettably, the tale of a survivor of suicide was not one he could act out in real life. (Though additional angles are still being investigated, it’s assumed he committed suicide due to depression.) 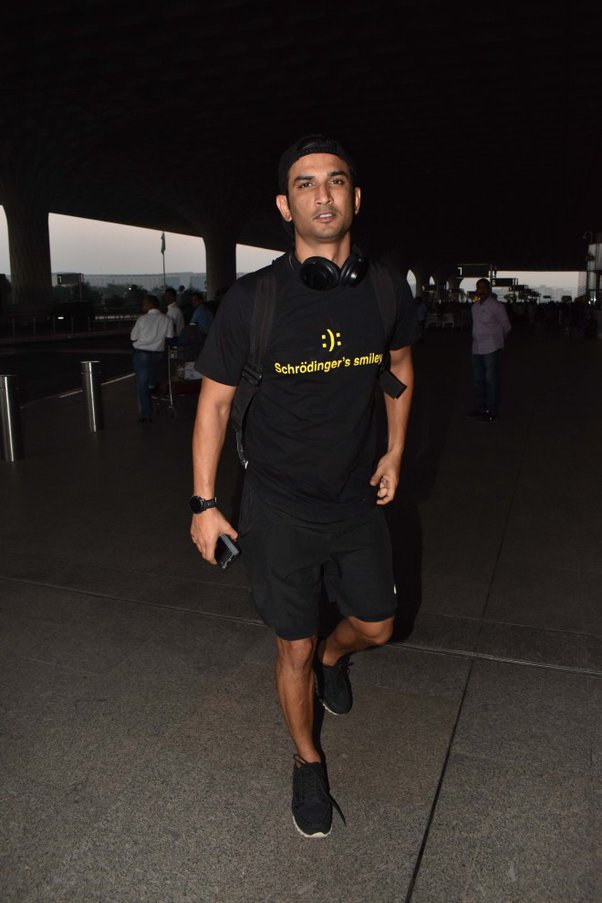 17. People who call him “weak” should know that he has stood up in the face of adversity and has risen to the top without the help of a godfather in an industry where nepotism is the norm. When he was a nobody, he bravely quit college to pursue his genuine passion.

19. He is frequently referred to be the “NEXT SRK” in Bollywood because he has no familial ties to the profession and rose to fame after appearing on Indian television. Sushant has said that he used to imitate King Khan in school to attract females.

20. He spent 18 months on the set of M S Dhoni. Except for Amir Khan, no one in Bollywood takes character preparation as seriously as he does.

21. Jordan Peterson was his favorite author. The book 12 Rules for Life is a must-read.

22. He was referring to Shekhar Kapoor’s Paani, the ace director’s magnum opus.

24. He carried a Boeing flight simulator with him.

25. He used to have a Maserati toy vehicle when he was little. When he grew successful, he brought the same model with him. 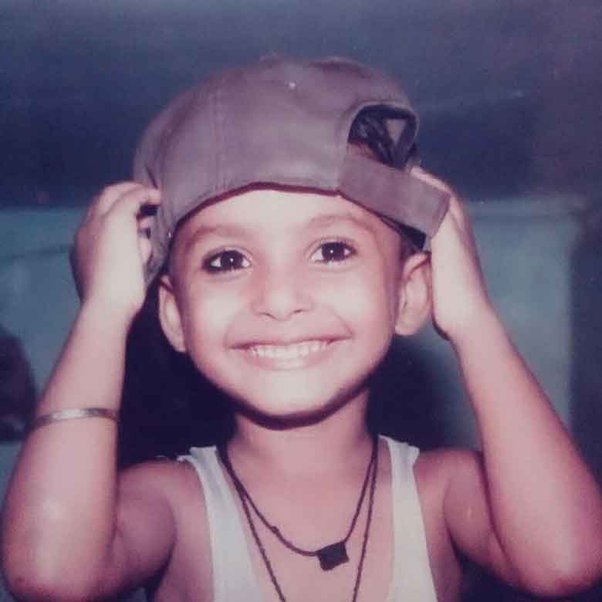 27. He is the youngest and only son in his family and has four elder sisters 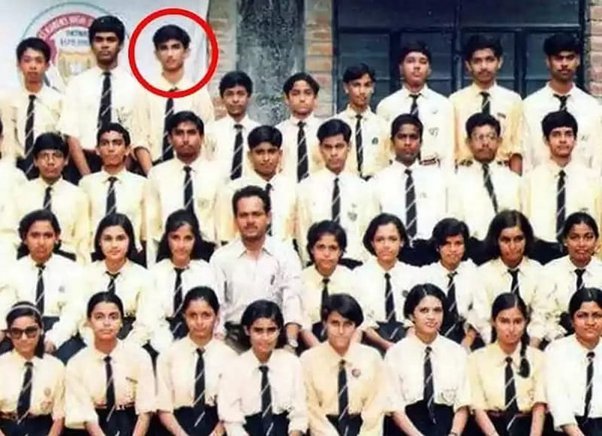 28. His father was a government official and lost his mother in 2002when he was in 12th standard. 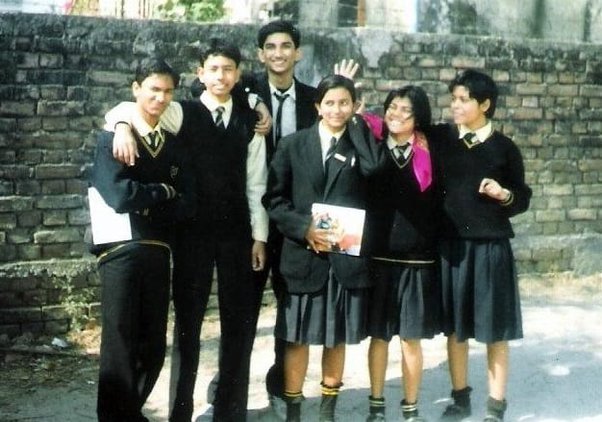 30. A successful academic career: Sushant received the 7th rank in the AIEEE in 2003 and was accepted into Delhi College of Engineering (Mechanical Engineering). He passed 11 engineering entrance tests in all.

31. Sushant was fascinated with astronomy. 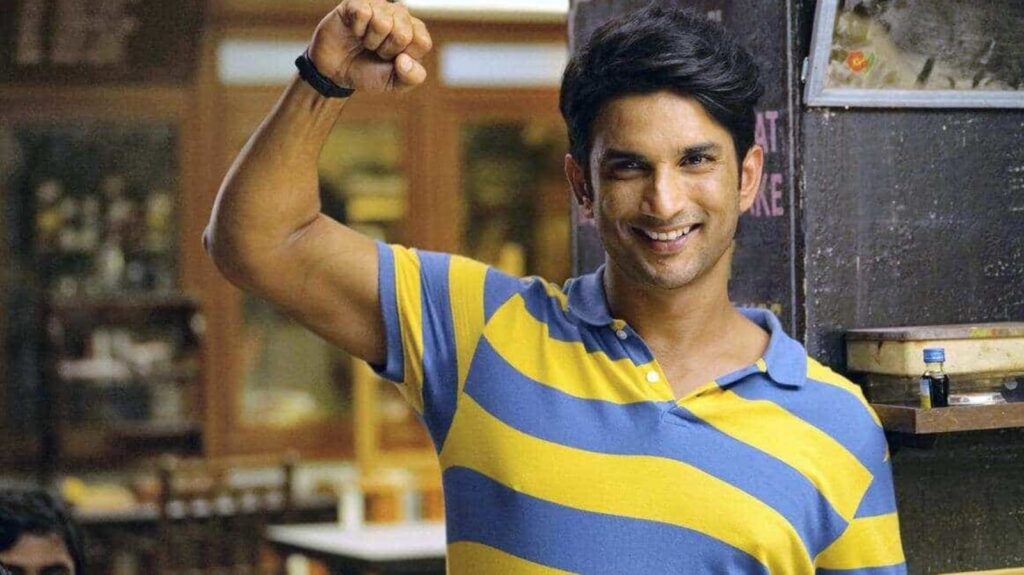 32. Do any of you have any idea how famous Sushant is? Of course, you must be having a good time. He was a celebrity who provided three films for 100 crores, including ‘Chichore,’ which was one of the most successful and profitable films of 2020.

33. He promoted a number of well-known companies, and his brand worth was comparable to, if not more than, that of current celebrities like Ayushmann Khurrana, Rajkumar Rao, and Vicky Kaushal he was alive. He was, without a doubt, one of the most successful celebrities of his age, and we all know how superstars are treated in India.

34. Because he was such a real and down-to-earth guy, Instagram suspended his account because he was following too many people, some of whom had a blue tick, leading the algorithm to believe his account had been hacked. 35. Before splitting in 2016, Sushant was in a 6-year relationship with fellow actress Ankita Lokhande.

These are the amazing moments and facts about Sushant Singh Rajput that were captured on camera and reflected by his surroundings. Then try to guess how wonderful the heart is in real life. I hope he gets the justice he deserves.

I don’t want you to do all these things, but you should think about them since they will make you one in a million. By the way, if you go on Twitter, I will not be held liable if you miss a day in a euphoric blissful state. Hope you had a good day.

0
Reply
"You Start From UP For A New Vision Of India," Rahul Gandhi Says Ahead Of Polls