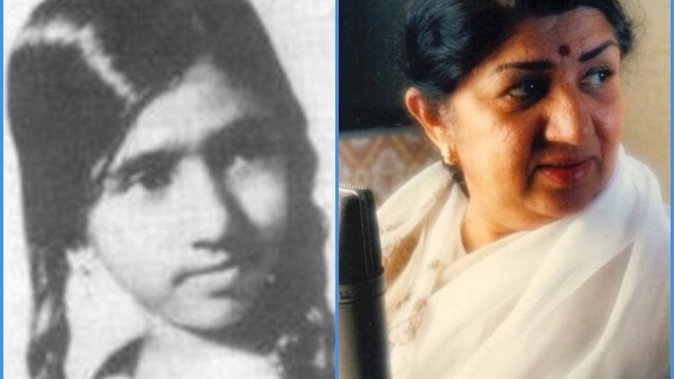 Famous singer Lata Mangeshkar, known as Bharat ka Ratna and Swar Kokila, has passed away at the age of 92. Two-day national mourning has been declared on the death of Lata Mangeshkar. The national flag will be flown at half-mast for two days as a mark of respect. Let’s see How did Indian singer Lata Mangeshkar die? What did the doctors say? Apart from that How did she become Melody Queen and Nightingale of India? and Some lesser-known facts.

Lata Mangeshkar, an Indian singer and Bollywood star, died on February 6 in Mumbai, India. She was 92 years old and had various COVID-related complications.

How did Indian singer Lata Mangeshkar die? N Santhanam told during a conversation with the media In January, she was taken to Mumbai’s Breach Candy Hospital for pneumonia. After the COVID test, she had the Corona positive. Corona was treated, but she died due to the complications caused by the virus. She also has cardiac difficulties.

We treated her with ventilator support, but it didn’t help her health because she was suffering from multi-organ failure. Her key organs, such as her kidneys and heart, began to deteriorate. We used ventilators to help her breathe, but her heart was unable to pump blood to her body parts, causing her to die. He continued, “It’s all beyond our help.”

Lata Mangeshkar breathed her last at 8.12 am. Now arrangements are being made to take her body to Shivaji Park.

The Indian government has set a two-day national mourning period, during which the national flag will be lowered at half-mast.

Mangeshkar, labeled “the queen of melody” by the Indian press, primarily sang cinema songs, though she also sang religious bhajans. Thanks to a lone struggle she conducted in the 1960s that ultimately bore fruit in 2018, she was also responsible for singers collecting royalties rather than simply a one-time payment. (How did Indian singer Lata Mangeshkar die) 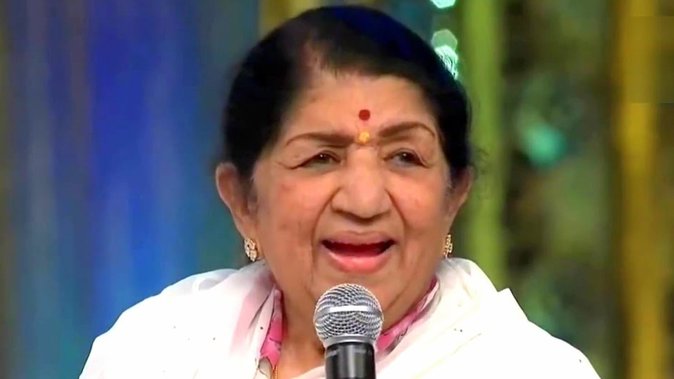 “Like the scent of a flower has no color, a flowing spring or fresh breeze belongs to no country, the smile of an innocent kid has no religion, so Lata Mangeshkar’s voice is a wonder of nature’s creativity,” the late Dilip Kumar once stated in a tribute to her.

Mangeshkar, the oldest of four siblings, began singing under the tutelage of family friend Vinayak when her father, musician and theatre performer Deenanath, died at a young age.

Despite criticism that her voice was too reedy, Mangeshkar made a name for herself in Marathi films and then in Hindi cinema, which was based in what was then known as Bombay.

She learned the Urdu language as well as Hindustani classical music because many lyricists in the 1940s wrote in that language. Songs like “Man Mohana Bade Jhoote” from 1955’s “Seema” demonstrate her classical music background.

When the mono-monikered Vinayak died, music director, Ghulam Muhammad took her under his care. In 1948’s “Majboor,” Muhammad offered her an opportunity to sing.

The lead actress Madhubala lip-synced to Mangeshkar singing “Aayega aanewala” in the 1949 film “Mahal,” which became one of her evergreen successes.

While she had to compete with other singers such as Noor Jehan and Shamshad Begum for a spot, she quickly established herself as the uncontested queen of Bollywood.

Her duets with Talat Mehmood, Rafi, Mukesh, and Hemant Kumar were also very famous. Her CDs were well-received by HMV, the label that published them. In the 1960s, she attempted to get royalties, but producers believed that a one-time payment was sufficient.

When writer Javed Akhtar sought to collect royalties in 2012, she stated, “The music firm Saregama HMV owns practically all of my songs.” “They’ve included my songs in Naushad, Salil Chowdhary, Bappi Lahiri, and other artists’ anthologies.” What am I supposed to take out from this? I do not receive any royalties. There’s the internet now, as well as the MP3 format.” Amendments to the Indian Copyright Act, 1957, went into effect the same year, securing remuneration for vocalists.

The Indian Singers’ Rights Association, led by Mangeshkar, was founded in 2013 to advocate for the payment of royalties to singers. Indian performers were finally paid royalties in 2018.

From the 1950s through the 2000s, Mangeshkar provided her voice to actresses ranging from Nargis to Jaya Bhaduri. Bhaduri expressed her delight in an interview when she learned that “Lataji” was prepared to donate her voice to a newcomer like her.

Mangeshkar and her sister Asha Bhosle governed the Bollywood music business for 40 years. Anil Biswas and C. Ramchandra, as well as S.D. Burman and his son, R.D. Burman, Naushad, and even A.R. Rahman, have all recruited her to sing for them.

Her voice was melded to composer Madan Mohan’s compositions for 2004’s “Veer-Zaara” even after he died.

Among Mangeshkar’s numerous accolades and distinctions were the Bharat Ratna, Padma Bhushan, and Padma Vibhushan from the Indian government.

Mangeshkar was a single man who never married. Bhosle and Meena Khadikar, two of her sisters who are also vocalists, survive her. Her brother, Hridaynath, a composer, died before her. (How did Indian singer Lata Mangeshkar die)

Lata Mangeshkar has once given slow poison

Lata Mangeshkar, who made people go crazy with her melodious voice, entertained the audience with her songs for a long time. The songs of Lata Ji, popularly known as Swar Kokila in the film industry, are still alive in the millions of minds. The songs of this veteran singer of Hindi cinema are not only liked by the people of the past, but the new generation also listens to them with great interest. Lata Mangeshkar, who has made a different identity in the industry on the basis of her strong voice, is still the heartbeat of crores of hearts. Two days of state mourning have been declared in the country on the death of famous singer Lata Mangeshkar, who was awarded ‘Bharat Ratna’.

Lata Mangeshkar, popularly known as Swara Kokila, has millions of fans even today. Having lent her voice to over 30,000 songs, Lata Ji has also sung in 36 regional languages, including Marathi, Bengali, and Assamese. Born on 28 September 1929 in a middle-class Maratha family of Indore, Lata Mangeshkar was earlier named Hema. However, after 5 years of birth, her parents changed her name to Lata.

Lata didi, who has made an indelible mark in the industry, has also been awarded the highest honors from Dadasaheb Phalke Award to Bharat Ratna. The eldest of five siblings, Lata Mangeshkar started learning to come at the age of just 5. Her father was a Deendayal theater artist, due to which Lata Ji inherited the art of music. (How did Indian singer Lata Mangeshkar die)

There was a time in the life of Lata Mangeshkar, who used to enchant people with her sweet voice when an attempt was made to kill her. It is the year 1963 when Lata Ji had to record a song for the film ’20 Saal Baad’. Music director Hemant Kumar had made all the preparations for this song, but a few hours before the recording, suddenly Lata Ji’s health deteriorated.

Along with pain in her stomach, she vomited. During this, the pain in her stomach increased so much that she could not even move. The doctor was called when her health suddenly deteriorated. During this, Lata Ji struggled with death for 3 days. However, later after about 10 days, when her health improved, the doctor told her that she had been given slow poison in the food, due to which she became very weak. In an interview about this, Lata Ji had told us that it was the most terrible phase of our life. During this time she became so weak that she could hardly get out of bed for 3 months.

She told that the situation had become such that I could not even walk on my feet. According to Lata Mangeshkar, she was cured after long treatment. She told that the determination of her family doctor RP Kapoor made her alive. After being in bed for 3 months, she agreed to record again. After the treatment, she sang the first song ‘Kahin Deep Jale Kahin Dil’ which was composed by Hemant Kumar. (How did Indian singer Lata Mangeshkar die)

The Ministry of Culture

Deeply saddened to learn about the unfortunate demise of the late singer, Bharat Ratna Lata Mangeshkar. Praying to God for the departed soul and giving strength to the bereaved family. Her songs will resonate in the hearts of music lovers for eternity. om Shanti

Extremely saddened to learn about the unfortunate demise of veteran singer, Bharat Ratna #LataMangeshkar Ji. Our prayers to God for the departed soul & to provide strength to the bereaved family. Her songs will echo in the hearts of music lovers till eternity. Om Shanti 🙏 pic.twitter.com/qMltbN46Ng

Lata Mangeshkar is such a great artist and personality. I have acted in 200 films. I am fortunate to have performed on cow songs by him. No one can sing like her, she was very special. Her death is very sad.

#LataMangeshkar is such a big artist & personality. I’ve worked in 200 films & I’m lucky to have performed on the hit songs she sang. No one can sing like her, she was very special. Her passing away is very saddening: BJP MP Hema Malini pic.twitter.com/q9c0yCeaW2

as the Nightingale of India, a voice that resonated and brought happiness to millions of people around the world. Heartfelt condolences to her family and fans. om Shanti

The Nightingale of India ,a voice which has resonated with, brought joy and happiness to millions around the world leaves. Heartfelt Condolences to her family and fans. Om Shanti 🙏#LataMangeshkar pic.twitter.com/O6gWb27x3s

Received the sad news of the death of Lata Mangeshkar Ji. She remained India’s most beloved voice for many decades. Her golden voice is immortal and will continue to resonate in the hearts of her fans. My condolences to her family, friends, and fans.

Received the sad news of Lata Mangeshkar ji’s demise. She remained the most beloved voice of India for many decades.
Her golden voice is immortal and will continue to echo in the hearts of her fans.

My condolences to her family, friends and fans. pic.twitter.com/Oi6Wb2134M

only once in a century, such an artist is born. Lata-didi was an extraordinary human being, full of warmth. The divine voice has been silenced forever. But her tune will be immortal, will resonate for eternity. My condolences to her family and fans.

Lata-ji’s demise is heart-breaking for me, as it is for millions the world over. In her vast range of songs, rendering the essence and beauty of India, generations found expression of their inner-most emotions. A Bharat Ratna, Lata-ji’s accomplishments will remain incomparable. pic.twitter.com/rUNQq1RnAp

I am in pain beyond words. Lata didi has left us. She has left a void in our country which cannot be filled. The generations to come will remember him as a stalwart of Indian culture, whose melodious voice had an unparalleled ability to mesmerize people.

I am anguished beyond words. The kind and caring Lata Didi has left us. She leaves a void in our nation that cannot be filled. The coming generations will remember her as a stalwart of Indian culture, whose melodious voice had an unparalleled ability to mesmerise people. pic.twitter.com/MTQ6TK1mSO