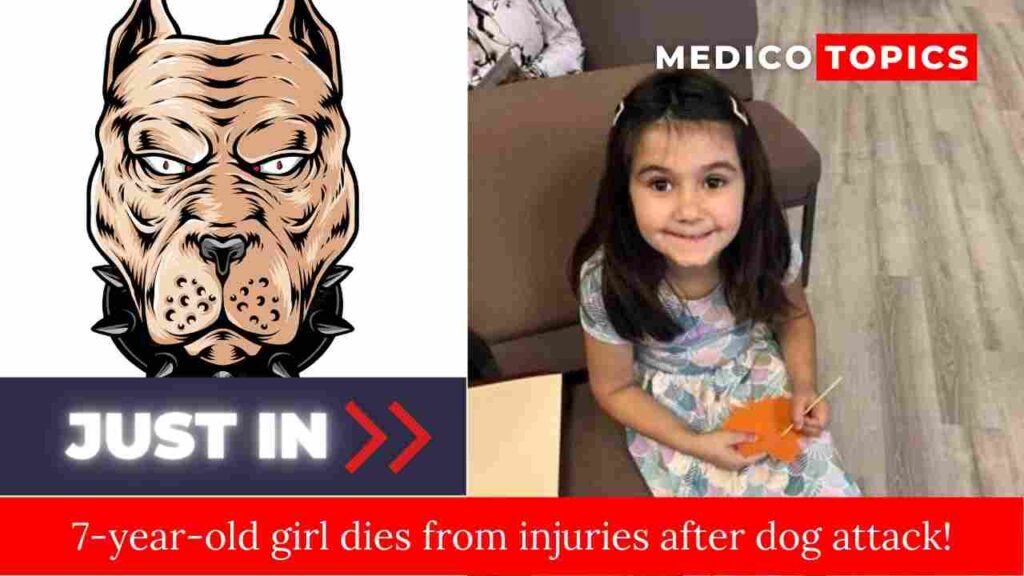 A free-roaming pit bull killed a seven-year-old Louisiana child ,Sadie Davila, while playing outside a relative’s house. Let’s see What happened to Sadie Davila and about the Pitbull attack in detail.

What happened to Sadie Davila?

Sadie Davila, 7, was the child killed in the dog attack on Kendalwood Road on Friday.

Sadie, a first-grader at Woodlawn Elementary, was seriously hurt while playing outside a family member’s house, according to an email sent to families on Saturday by East Baton Rouge Parish Schools administrator Sito Narcisse.

Sadie was attacked by a neighbor’s unleashed pit dog. When Sadie arrived at the hospital, she passed away shortly after. 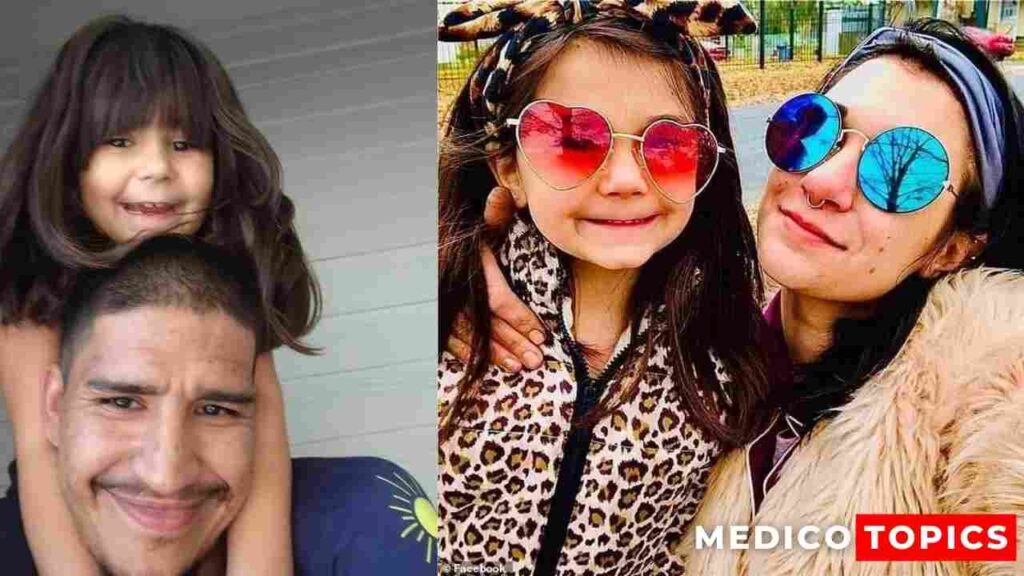 Sadie’s parents were saddened by their daughter’s passing, and mother Haley Anselmo demanded justice for her shattered family.

“My little me. The light in my heart,”

“There are no words for what this feeling is.”

“My family is devastated. Please pray for us. Pray that they bring charges against the dog’s owners and hold them accountable.” 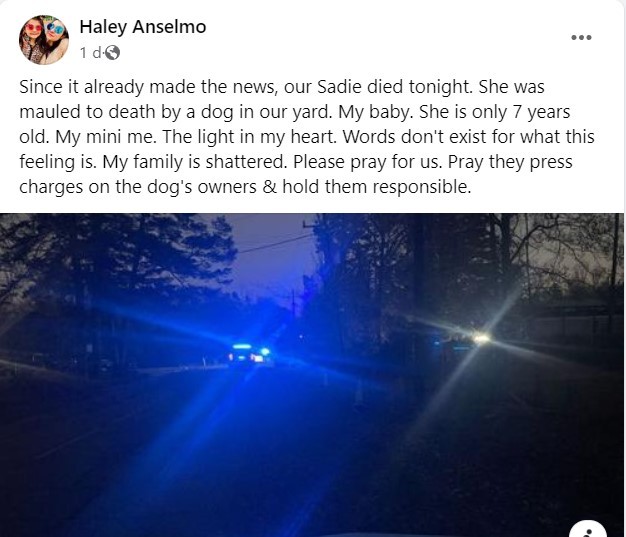 Mikey posted pictures of his daughter having fun at a nearby park alongside a sorrowful message about his daughter’s passing on social media. 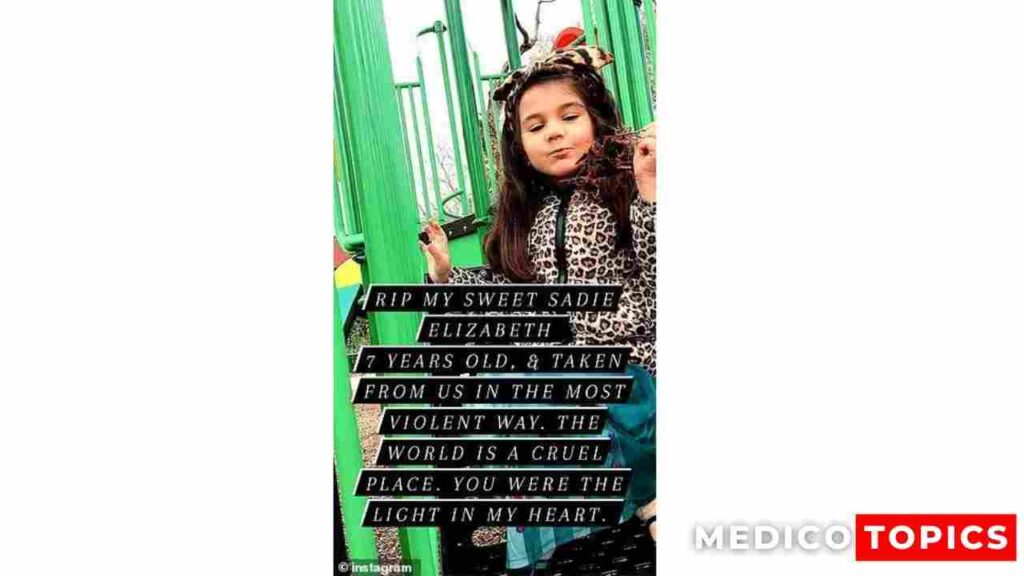 Charges against the Dog’s Owner

According to the East Baton Rouge Sheriff’s Office, the owner of the dog that killed a 7-year-old girl in a Baton Rouge neighborhood on Friday is now being charged with negligent murder.

EMS and the St. George Fire Department were called to a residence in the 25000 block of Kendalwood Road just after 6:30 p.m. on Friday relating to a child who had been hurt by a dog attack.

Sadie Davila, a first-grader at Woodlawn Elementary, was later confirmed as the girl who passed away shortly after being taken to the hospital.

During their investigation into the event, deputies discovered that the little girl had been playing outside when a neighbor’s dog, later identified as a pit bulldog by authorities, attacked her, according to an affidavit for Lopez.

A member of the girl’s family attempted to stop the attack by beating the dog with a walking cane but was unsuccessful.

“numerous dog bites to her face and substantial damage to her skull.”

The dog was found and seized by deputies and East Baton Rouge Animal Control officers after the incident, and blood was discovered on his face and lips, according to the affidavit.

Sadie had been playing in the yard, where “substantial” amounts of blood were also discovered. EBR Animal Control caught the dog and kept it in their custody.

In an interview, Lopez, whose property is about 150 yards away from the house where the girl was attacked, admitted to investigators that he wasn’t home at the time of the attack and that he frequently lets the dog go loose in the neighborhood, according to the affidavit.

The document says no fence or other architectural barrier is separating the two houses. Investigators concluded that Lopez

“failed to confine or restrain his dog, which unlawfully entered a neighboring property and attacked a 7-year-old female victim, causing her death.”

He was imprisoned in Parish Prison. Daniel Piatkiewicz, director of East Baton Rouge Animal Control, confirmed that the animal was executed on Friday night and said that Lopez’s dog had never been the subject of any prior complaints to his office.

Superintendent of East Baton Rouge schools Sito Narcisse wrote to parents on Saturday that the incident was “devastating to our whole school community.”

“Young Sadie was blossoming in the dawn of her life and education with so much promise awaiting her,”

“It is difficult to comprehend the enormous pain and remorse her family and friends are experiencing in the wake of this tragedy.”

The employees and students at Woodlawn would have access to counseling starting on Monday, he said.

Grace Feucht, the child’s teacher, called Sadie a “fierce and spunky” yet kind young girl who brought “energy and joy” to her classroom.

“She was fearless and would sing her heart out in front of her classmates,”

“She was a gift to me and made me smile and laugh many times. I sadly expect our classroom to feel considerably emptier Monday without her precious presence.”

The two pit bulls that belonged to Geraldine Hamlin’s family attacked the 64-year-old inside their Shreveport home in February 2020. She was taken to a hospital, but she passed away the next day.

A few months later, in their shared Mandeville home, Barbara Cook, 72, was fatally mauled by her daughter’s two pit dogs. Cook reportedly intervened after one of the dogs snapped at her 10-year-old grandson, according to news reports of the event. Law enforcement killed both dogs. Cook’s daughter wasn’t charged in connection with the event.

At a family member’s house in Sulphur in May 2021, 27-year-old Dustin Vincent was severely hurt when three dogs attacked him.

According to news reports from the time, Vincent ignored caution from his relative not to enter the yard where the dogs were kept. He was taken to a hospital in Lafayette, but he passed away four days later.

How did Victoria Lee die? MMA Fighter Cause of death Explained