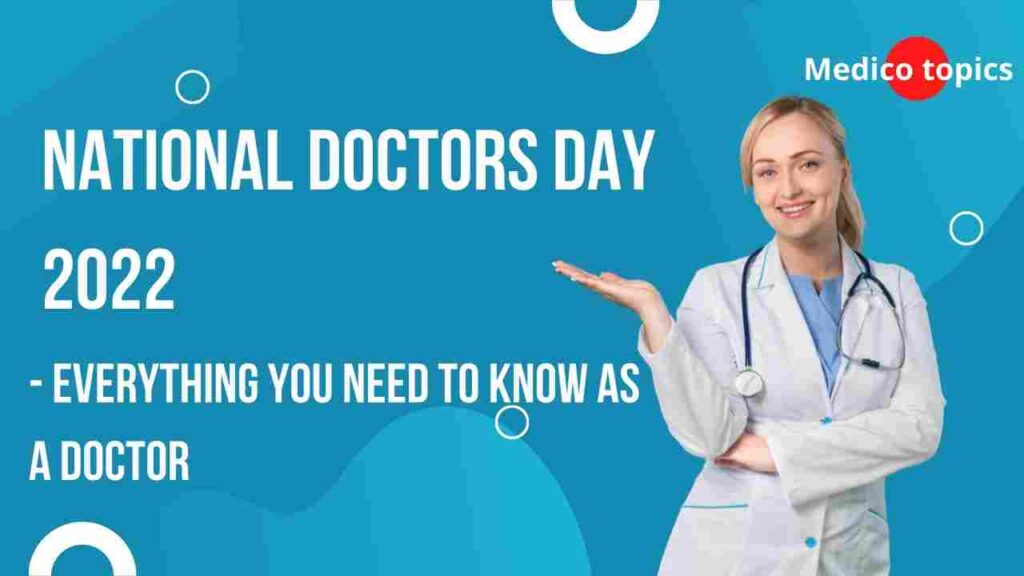 National Doctors Day 2022: Doctors’ Day is observed every year on March 30. It’s a day to honor doctors, surgeons, nurses, and physicians, as well as “Grey’s Anatomy.”
Doctors’ Day is celebrated annually on March 30 to honor physicians who help save lives all over the world. The holiday was established in 1933 in Winder, Georgia, and has been observed every year on March 30 since then, commemorating the first anniversary of a doctor using ether anesthesia Dr. Crawford W. Long. Today, we continue to celebrate advances in medicine like these and thank all doctors around the world who have dedicated so much time and energy to mastering their field of expertise.

Doctor’s Day was first observed on March 30, 1933, in Winder, Georgia. Eudora Brown Almond, the wife of a prominent Georgian doctor, wanted to create a day solely dedicated to recognising and honouring doctors; she decided that the best way to do so would be to mail greeting cards to all of the doctors she knew and to place flowers on the graves of deceased physicians. She placed red carnations on the graves of these doctors, a flower that is still used for National Doctor’s Day celebrations today.

Mrs. Almond chose March 30th as the date for Doctor’s Day because it was on that date in 1842 that Dr. Crawford W. Long first used an ether anaesthetic during surgery. Doctor’s Day did not become a national holiday until 1991, when Congress passed Proclamation 6253.

Doctors’ Day was celebrated unofficially for many years before it became a legal holiday. The United States House of Representatives passed a resolution commemorating Doctors’ Day on March 30, 1958, and George W. Bush signed the legislation on October 30, 1990, after it was approved by both the House and the Senate.

Doctors play an important role in society; they devote their lives to patients’ well-being, assisting in a faster recovery from disease or condition, and improving quality of life. They have extensive knowledge in medical science and devote their knowledge to treating patients’ medical conditions and extending their lives.

In many cases, doctors have not given up despite being attacked by patients and their relatives. They kept providing medical services to the general public. No one will ever forget their contributions and unwavering efforts.

Why we should celebrate Doctors Day?

The purpose of National Doctors Day is to recognize the hard work and dedication that doctors provide to their communities. Doctors are the ones who keep us healthy, so this day is a good time to thank them for their efforts. This is especially true nowadays when the healthcare landscape is so challenging and doctors have a large job diagnosing and treating patients to keep them healthy.

On this special occasion, we should all be proud of our talented medical professionals, who work for the health and well-being of our country. During medical emergencies, we should all be grateful for their efforts and contributions.

We must all pay tribute to and recognize our doctors’ efforts in assisting the general public in overcoming medical emergencies and pandemic situations. Nobody will ever forget the contributions of our medical professionals (doctors and nurses) during the COVID-19 pandemic, and they are still fighting coronavirus.

How to Celebrate Doctor’s Day

National Doctors Day 2022: This holiday can be commemorated by thanking your primary care doctor for the hard work they do on your behalf. Another way to celebrate this holiday is to take advantage of the opportunity to schedule that check-up that you’ve been putting off. It’s also a good day to pause for a moment and reflect on the decisions you’ve made regarding your personal health. It’s a good day to begin a new exercise routine, eliminate unhealthy foods from your diet, or increase your intake of fruits and vegetables.

It is celebrated on March 30 in the United States, December 3 in Cuba, and August 23 in Iran. Doctor’s Day was first observed in March 1933 in the US state of Georgia. This day was observed by sending cards to physicians and placing flowers on the graves of deceased physicians.

0 0 votes
Article Rating
Subscribe
2 Comments
Oldest
Newest Most Voted
Inline Feedbacks
View all comments
Why did Ashley Cain and Safiyya split up? Here are the reasons