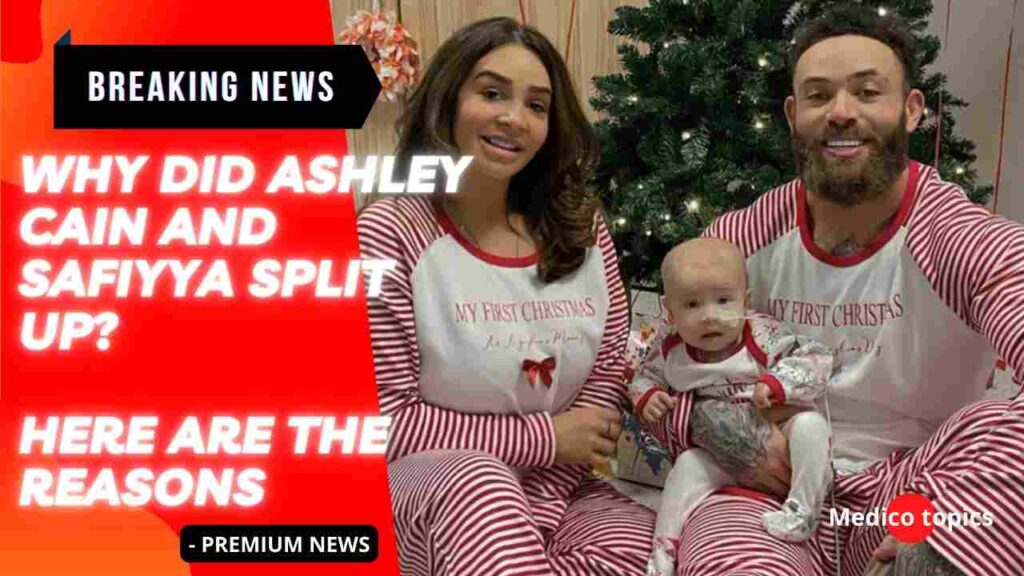 After their beloved child died at the age of eight months, the couple went through the most difficult times a parent can go through.

Why did Ashley Cain and Safiyya Vorajee split up?

Why did Ashley Cain and Safiyya split up: They shared the heartbreaking news that their baby, who was fighting a rare form of leukemia, had died in April of last year.

Ashley Cain, a former footballer who appeared on Ex On The Beach, and Safiyya Vorajee have ended their relationship just as the distressing anniversary of Azaylia’s death approaches on April 25, 2022.

“No one knows that something so tragic can impact a couple, and it’s been terribly painful for them both to make this decision,”.

“They will always love and support each other, and they will continue to live together, but the romantic side of their relationship is over.”

Ashley and Safiyya issued a statement together.

“After a devastating and heartbreaking year, Safiyya and I decided to divorce a few months ago,” it said.

“This was an extremely difficult decision that we needed to keep to ourselves for a while to figure out our journey privately.”

“The past few months have shown that we are still the best of friends, spending time together every day and that we will love, care for, and support each other forever.”

“Our powerful journey together has bonded us, as has our eternal love for our daughter and our passionate commitment to her foundation.”

They hadn’t been seen together on social media since Safiyya posted a photo of them at Good Morning Britain last August.

Four months after Azaylia’s tragic death, the former couple appeared on the show.

They broke the terrible news on Instagram, where they had been keeping fans up to date on the tot’s battle with the cruel disease.

“You are my Angel, my heartbeat, my soul, RIP my precious baby, you will always be with me like a handprint on my heart,” Safiyya wrote at the time.

Ashley wrote: “Rest in peace, princess. I will always carry you in my heart until I can reunite with you in heaven.”

They established the Azaylia Foundation, which assists families in raising funds for treatments that are not readily available on the NHS and provides children with amazing moments while fighting cancer.

Ashley also became more interested in exercise and sports after the tragedy, and he recently announced that he would fight eight times, one for each month of Azaylia’s life.

He stated: “I needed to take on this boxing challenge because my daughter fought a valiant battle against cancer for eight months on this planet.

“So I’d like to pay tribute to those 8 months with 8 bouts in the ring.

“I promised that even now, I will always be the best daddy I can be, that I will honor her incredible time here and that I will fight until the day I die for other children and their families who are dealing with the monster that is cancer.”

He suffered a setback this month when he was forced to withdraw fr, om a charity bout.

Ashley and his brother Matty cycled 1,040 miles from the southern tip of England to the northern tip of Scotland in September to “raise funds and awareness for all the incredible kids fighting childhood cancer.”

[…] Why did Ashley Cain and Safiyya split up? Here are the reasons […]