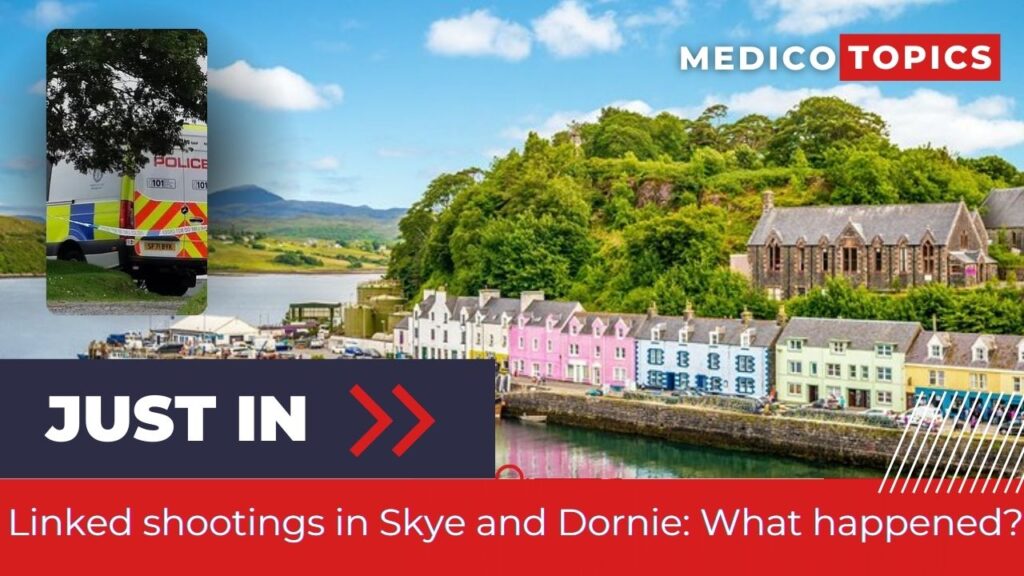 Shootings in Skye and Dornie: An MP said that three individuals were wounded and one died in a sequence of connected incidents in the Scottish Highlands. Let’s see what happened, who the suspect is, and the motive behind the linked gun rampage.

What happened in Skye and Dornie Isles?

On August 10, just before 9 a.m., several emergency vehicles sped to a residence in the Tarskavaig region of Skye after getting a report of a woman being hurt. Later, they were called to events at Dornie, some 10 miles to the east of the Skye Bridge, and on the Isle of Skye’s Teangue.

According to several unconfirmed sources, a firearm and a bladed object were used in the events on the island and in the fishing village, which is the location of the popular Scottish monument Eilean Donan Castle.

At the location of one of the events, an air ambulance was seen, and local police arranged cordons.

Skye, Ross, and Lochaber One fatality and three injuries are thought to have occurred from the trio of what the police are calling “contained” occurrences, according to MP Ian Blackford, who lives on the Isle of Skye. Blackford told local media that he has been kept informed of the investigation’s progress.

“This is horrible and disturbing news, especially for an area like Skye and Lochalsh,” he told the Press and Journal. I have been told of the events, and I am aware that a gun and knives were used.

“I am horrified for all those who have been caught up in this human tragedy,” the MP said in his interview with the Record. “It brings home to all of us that no town is secure from the violence of firearms and knives.”

The police and emergency services deserve praise for everything they did to keep people safe and to keep the crisis, which is now finished, contained.

Some people in rural places criticize the harshness of gun rules, but this is why he continued. “We need to look and see what lessons can be learned from this.”

Four patients were sent to hospitals, according to the Scottish Ambulance Service: two to Raigmore in Inverness, one to Queen Elizabeth University Hospital, and one to Broadford on Skye. Rapid retrieval emergency teams were contacted even though it was unclear how they were feeling. When there is a serious medical emergency and the occurrence is in a remote area, they are only called.

A representative stated: “At 9:02, a call came in asking us to respond to an incident in Tarskavaig, Skye. In Teangue, we also responded to two further occurrences involving Skye and Dornie.

“A special operations response team (SORT), an emergency medical retrieval service (EMRS) team, many ambulances, and air ambulances all responded to the scene.

Four people were taken to the hospital: two to Queen Elizabeth University Hospital, one to Broadford Hospital, and one each to Raigmore Hospital.

More updates on shootings in Skye and Dornie will go here.

Who is John MacKinnon? 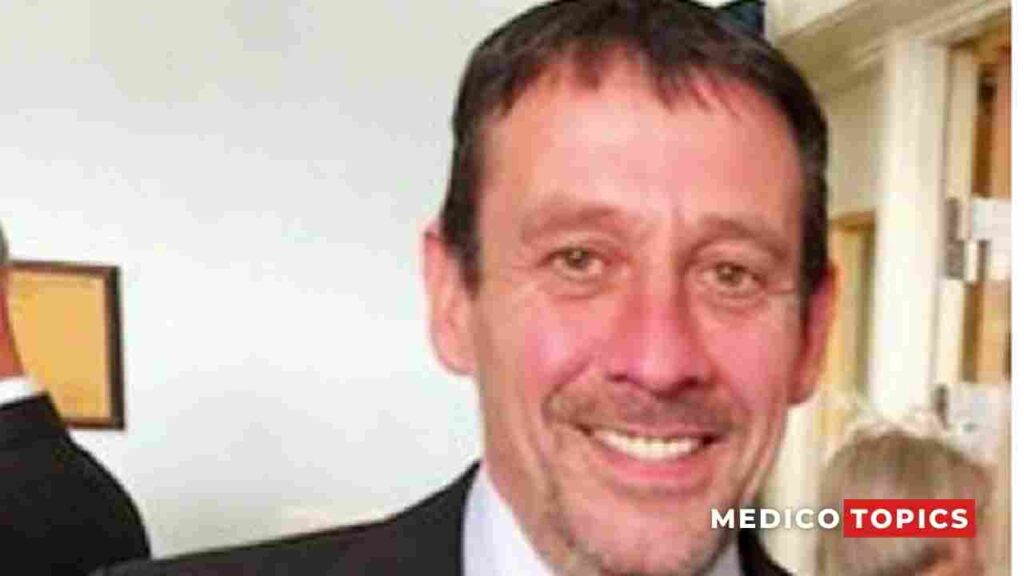 On the Scottish island of Skye, several gunshots have resulted in the death of a dad and the injuries of three other persons.

Locally known as John MacKinnon, 47, is said to have been shot dead yesterday at around 9.30am in Teangue, Skye.

According to the Daily Record, three further people suffered injuries in unrelated but maybe related events.

In response to allegations that a 32-year-old lady had suffered significant injuries at approximately 9 am, police had earlier hurried to Tarskavaig, Skye.

The woman was taken urgently to Glasgow’s Queen Elizabeth University Hospital for treatment; as of now, it is unknown how she is doing.

Officers arrived to the site after reporting allegations of gunfire at a Teangue residence, where Mr. MacKinnon was later declared dead.

Who is the suspect in Skye and Dornie incidents?

In relation to each of the three cases, a 39-year-old male has been taken into custody. Following the arrest, Police Scotland now claims that there is “no risk” to the larger population.

A further statement was sought from Police Scotland.

The police stated earlier today: “On Wednesday, August 10, just before 9 a.m., we were informed of a lady who had been hurt at a property in the Tarskavaig area of Skye.

“Police are also responding to two further incidents in Teangue that are being investigated as connected to Skye and Dornie.

“A guy, 39, has been detained in relation to the occurrences.

“At this time, we think the issue is under control and the larger community is not at risk. There are continuing investigations.

“We are grateful to our emergency services colleagues for ending this extremely severe and shocking event,” the Highland Council wrote on Twitter.

“We will help the local community and our partners in whatever manner we can.

These occurrences will shock and sadden the communities of Skye and Dornie, and our prayers are with those impacted.

According to Finance Secretary Kate Forbes, the neighborhood is no longer at risk.

The MSP for Skye, Lochaber, and Badenoch stated on Twitter: “The awful news that is coming out of Skye and Lochalsh is really heartbreaking. Our tight-knit villages in the West Highlands will be completely destroyed by this. We mourn with those who were affected.

“I want to express my gratitude to Police Scotland and the emergency services for their continuous work and investigations. I want to repeat what the police have already said: a man is in prison, there is no current threat to public safety, and it is not thought that this event is related to terrorism.

More updates on shootings in Skye and Dornie will go here.

Pendleton flour mills fire: What happened? Cause of fire Explained