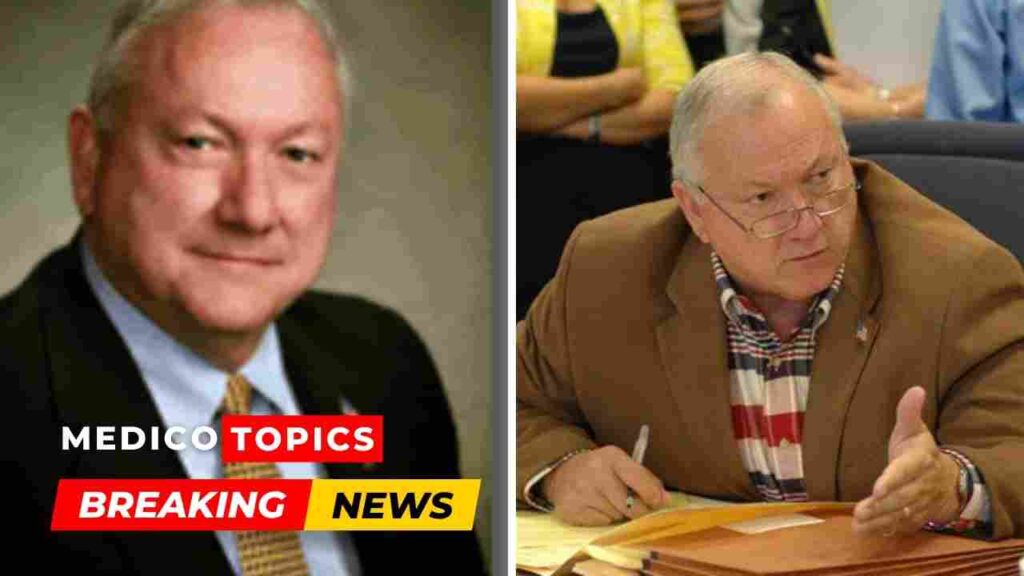 What happened to Russell Pearce?

The family released the following statement on social media to announce his death;

Our beloved Russell Pearce has passed away

Our ever-stalwart Russell K. Pearce passed away today after falling ill at home in Mesa earlier this week. He lived a life of service to God, family, and country. Pearce loved us, and we loved him dearly. He has left a positive impact on so many, fighting for decades to promote liberty and justice. We have been blessed to have him here these past 75 years. The family asks for privacy at this time as we remember our beloved Russell.

In order to learn more about Russell’s death, we are attempting to get in touch with his friends and family. This section will be updated as soon as we learn any new information regarding the tragic event that brought many people to tears.

Who was Russell Pearce?

Russell K. Pearce (June 23, 1947 – January 5, 2023) was an American far-right politician who served in the Arizona State Senate as a Republican (GOP). He rose to national fame as the lead sponsor of Arizona SB1070, a contentious anti-illegal immigration bill voted into law in 2010.

He was elected President of the Arizona Senate when the Senate began its January 2011 term, but Pearce was ousted in a November 2011 recall election, becoming the first politician in Arizona history to be so removed from office.

Russell served as Vice-Chair of the Arizona Republican Party but resigned in September 2014 following a backlash over a eugenicist remark concerning the forced sterilization of poor women on Medicaid.

Before his election to the Arizona Senate in 2008, Pearce served in the Arizona House of Representatives from 2001 to 2009 and worked in law enforcement for more than twenty years.

Force Behind ‘show me your papers’ Law

Pearce introduced Arizona’s controversial SB 1070 immigration bill, which allows a police officer to question someone’s immigration status only if there’s a reasonable suspicion that the person is undocumented.

Then-Governor Jan Brewer signed the bill in 2010, which sparked tens of thousands of people to march on the Capitol while some businesses boycotted the state.

Pearce came under fire in 2006 when he called for the revival of Operation Wetback, a 1950s immigration enforcement program that deported or encouraged self-deportation of 1.3 million illegal immigrants (and several hundred US citizens) in less than a year. Hispanic groups claimed that the term “wetback” was insulting.

He was also criticized for his friendship with homicidal white supremacist J. T. Ready. Pearce endorsed Ready for Mesa City Council in 2006 and attended multiple rallies with him.

Pearce was photographed attending Ready’s baptism into the LDS Church in 2004. Furthermore, church records show that Pearce was ordained Ready to the LDS priesthood in 2004.

Pearce has now stated that he was uninformed of Ready’s neo-Nazi ties when he gave the support.

He also co-sponsored Arizona SB1097, which was debated in the legislature during the 2010 session and attempted to quantify the impact of illegal immigration on the state’s K-12 education system. According to the bill’s language,

School districts would be compelled to identify and count all kids who are illegally present in the United States.

The state Department of Education would be compelled to report annually on the impact and costs of these kids’ enrollment to state taxpayers.

State funds will be withheld from districts that do not comply with the statute, according to the state Superintendent of Public Instruction.

CNN said on June 15, 2010, that Senator Pearce is introducing legislation that would deny U.S. citizenship to children born in this country to illegal immigrants to combat so-called “anchor babies”. The vast majority of legal scholars believe that such legislation would be unlawful since the 14th Amendment provides citizenship to everyone born in the United States.

Arizona’s been on the road to redemption since 2010, the year of the draconian anti-immigration bill SB1070. We recalled its author Russell Pearce in 2012. We kicked Joe Arpaio to the curb in 2016. We rejected Kelli Ward, then Martha McSally in 2018. Last night, we dumped Trump.

“My condolences go out to the family, friends, and many supporters of Russell Pearce, a patriot, law enforcement official, and Arizona state senate president, who passed away today,” Arpaio wrote on his Facebook account. “He served with honor and integrity at the Maricopa County Sheriff’s Office. I’m proud to have appointed him as my chief deputy. He will be sorely missed.”

There was no immediate word on funeral arrangements.

Praying for Arizona State Senator Russell Pearce and his loved ones. He was a friend. Pearcee was a patriot. He was a true servant of the people. May he rest in peace.

#BREAKING: Russell Pearce, the former Arizona state senator who authored the controversial SB 1070, has died, according to family. He was 75 years old. STORY: https://t.co/RFKY5ZjqWw pic.twitter.com/kTvHedpGrj

Julius Kipkurui killed: Man killed by neighbour for having affair with his wife