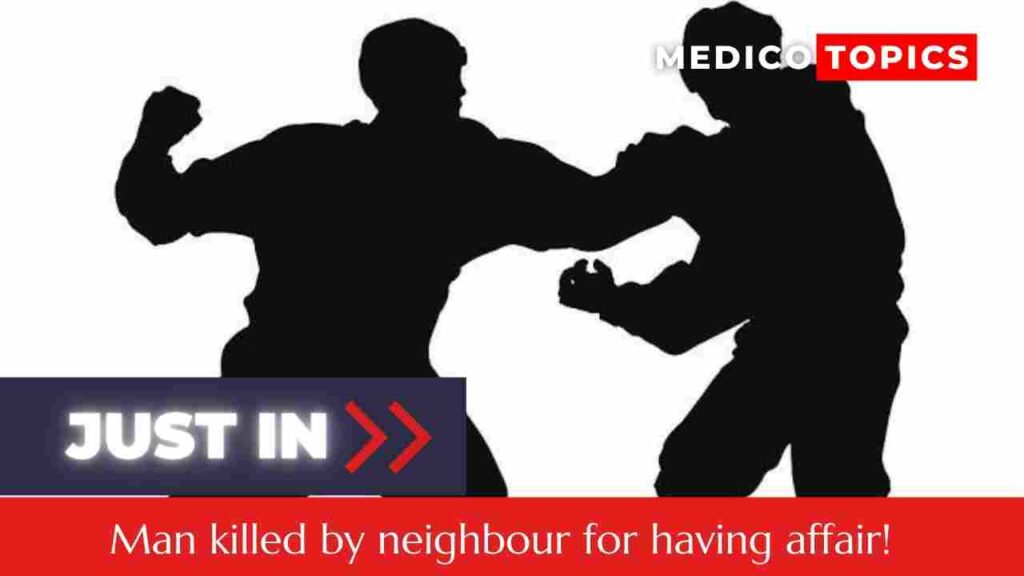 Julius Kipkurui, a 42-year-old Kenyan man, was allegedly killed for having a relationship with his neighbor’s wife Chero. Let’s see about it in detail.

In Narok’s Transmara East Sub County, a 42-year-old guy knocked on a married woman’s door and got into a battle with her husband later passed away from his wounds.

According to Transmara police, the man was stabbed to death by the spouse of his suspected lover.

Mr. Kizito Mutoro, the county police commander for the area, claims that Julius Kipkurui, the dead, had an affair with the suspect’s wife.

According to the Directorate of Criminal Investigations, 42-year-old Julius Kipkurui called the woman by name and knocked on her door shortly after 3 a.m.

The woman’s husband, who travelled a long way to work, had just returned home on Wednesday, although Kipkurui was unaware of this at the time.

The husband was awakened by the deceased’s call, which led to an argument. The disturbance prompted the local sub-chief and nyumba kumi elders to step in and attempt to restore peace.

“The man got out of the house and a fight ensued where the suspect picked a machete and hacked the deceased leaving him with deep cuts on his head.”

A village casanova who had an ongoing affair with his neighbour’s wife lost his life today morning, after he knocked on the woman’s door and came face to face with her husband who crushed him like pounded fufu. pic.twitter.com/elewRLrSyd

The victim, who was seriously hurt, was sent to Kapkatet hospital, where he passed away while receiving treatment for his wounds.

The deceased’s body is lying in the mortuary of the same facility while a post-mortem examination is conducted.

According to DCI, the woman left the house and went to nearby farmland.

Since then, the spouse has been arrested and is being held at the Abossi police station.

Who is Samaya Anderson? Teenage girl shot and killed in South Jackson

Pius MacIsaac dies, A well-known Guitarist cause of death explained