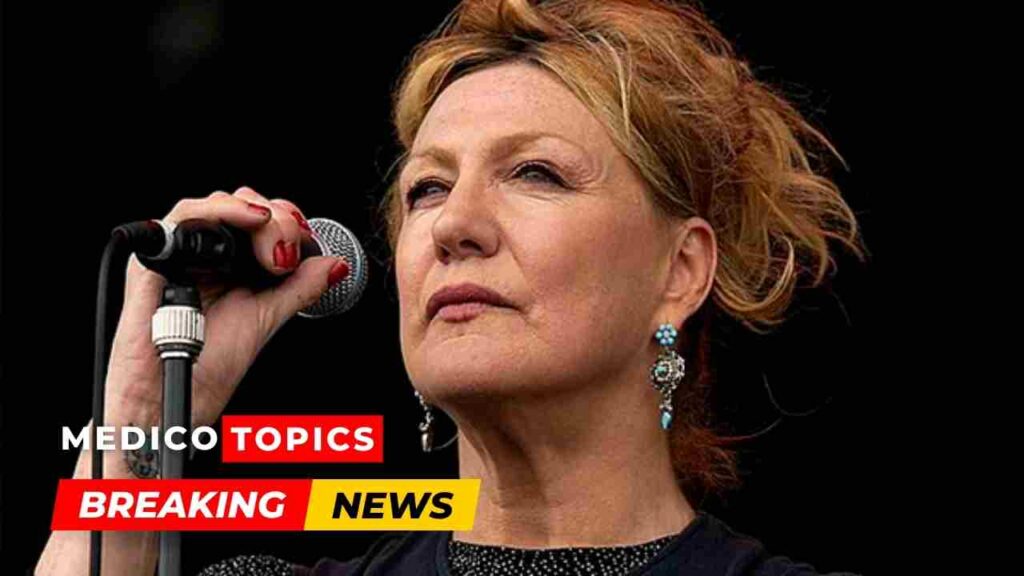 The famous Australian singer, Renée Geyer passes away at age 69. Let’s see, how did the singer die and Renée Geyer cause of death in detail.

How did Renée Geyer die?

Renée Geyer, Australian Jazz and soul singer died on January 17, 2023. A statement made by The Mushroom Group on behalf of the family of Renée Geyer confirmed the news.

“It is with immense sadness that we announce that Renée Geyer has passed away from complications following hip surgery. While in the hospital, it was discovered that Renée also had inoperable lung cancer. She was in no pain and died peacefully amongst family and friends.”

“Naturally, we are all utterly devastated. Just last month, Renée sang to a full house and was looking forward to another busy year ahead doing what she loved most – performing for her loyal fans around the country.”

“Renée is one of the most highly regarded singers in contemporary music – her unique vocal sound influences countless singers to this day. Renée was irrepressible, cheeky, and loyal and her musical legacy speaks for itself, with her performing and recording career spanning five decades.”

“Renée lived her life as she performed – on her own terms and to the fullest. Beloved and respected, she was a force of nature and a national treasure, and her passing leaves a giant void in the Australian music industry.”

“We would like to thank the staff at the University Hospital, Geelong for their care and consideration. In lieu of flowers, Renée would have preferred donations be made to Support Act as a way of giving back to an industry that loved her so much. Details of Renée’s memorial will be forthcoming.”

Renée Geyer. A game changer. A soul diva. My sister in song.

Heart felt condolences to her family and friends, and to the Australian music industry as a whole who have just lost a person who possessed one of the greatest voices I have ever heard. pic.twitter.com/MdWwHaozO2

Who was Renée Geyer?

Renee Geyer was an Australian soul singer who rose to stardom in the 1970s and was recognized for her husky voice.

Having started her career in the 1970s and lasting more than five decades, Renee Geyer was born in Melbourne in 1953.

She collaborated with international superstars including Joe Cocker, Chaka Khan, and Sting.

In 2005, Geyer was admitted into the ARIA Hall of Fame. As a successful solo artist, she is well-known for her songs including

It’s A Man’s World (74), Heading in the Right Direction (75), Stares & Whispers (77), Say I Love You (81), and Do You Know What I Mean was among her top-charting singles (81). Geyer has also been an internationally recognized backing vocalist.

She issued “RENEESSANCE AN ACOUSTIC JOURNEY, BEST OF RENEE GEYER” (Liberation) in 2009.

She was awarded the inaugural Lifetime Achievement Award at the Australian Women in Music Awards in 2018.

Renée Geyer cause of death:

She got her treatment at University Hospital, Geelong. It was reported that she died peacefully among family and friends.

Fans and followers shared their heartfelt condolences to Geyer, once the demise news broke out.

She co-wrote Confessions of a Difficult Woman, her autobiography, with music writer Ed Nimmervoll, and it was released in 2000.

The best soul/R&B/anything you like singer Australia’s produced, and more life and character in her than a century of compliant talent show graduates. Gonna miss the great Renee Geyer.

Just as we celebrated the life of Costa Coulouris in a beautiful service on the central coast, word has just come in that Renee Geyer had passed away. RIP as you both join so many of our late music families.

Oh no … mushroom records have announced that Renee Geyer has died. Following hip surgery, she also had inoperable lung cancer. ‘Just last month she sang to a full house’. What a voice, what a powerful woman unapologetically herself. I loved meeting and interviewing her so much.

I received a call just now that Renée Geyer has just passed away at the age of 69.

Being the last artist to open for her live show back in July 2022 this has hit home. Such a beautiful soul, and such an amazing talent! We will miss seeing you live Renée but your music and your incredible voice will live on. RIP x.

How did Elliot Blair die? Was he killed? Orange County public defender cause of death