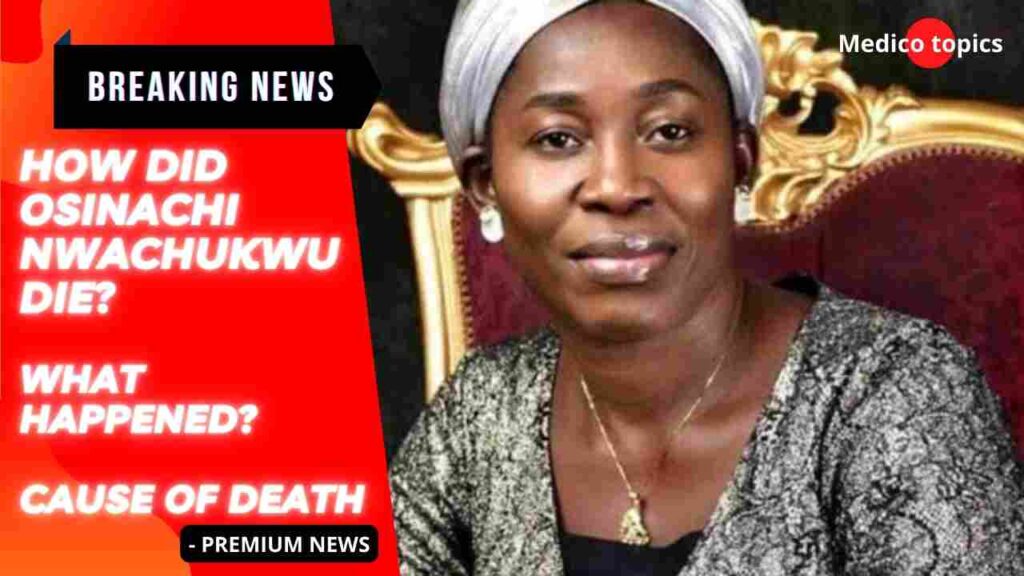 Who was Osinachi Nwachukwu?

The gospel singer rose to prominence with the hit gospel song “Ekwueme,” which she co-wrote with Prospa Ochimana. She also sang lead at the Dunamis International Gospel Centre. She usually sings in the Igbo language, which is spoken by people in Nigeria’s southeast.

Before her death, Osinachi was a popular singer and songwriter known for her song Ekwueme, which she co-wrote with singer Prospa Ochimana.

She appeared in several popular gospel songs, including “Nara Ekele” by Pastor Paul Enenche (Dunamis, Abuja), “Ekwueme” by Prospa Ochimana, and “You don’t dey use me to play” by Emma.

Ikem (God of Power), her most recent single, was released in November 2021.

How did Osinachi Nwachukwu die: According to reports, the mother of four died on Friday in an Abuja hospital after suffering from a long-term illness. On Friday, she was said to have breathed her last. The gospel singer from Imo State died at the age of 42.

Osinachi is leaving her husband and four children behind. Although there has been no official confirmation from family members or close associates.

Osinachi was said to be suffering from an unspecified illness months before she died.

Her husband, Peter Nwachukwu, and four children survive her.

“Ekwueme! Ekwueme! You are the Living God Eze no one like you” I am sad to learn of the death of the gospel singer Osinachi Nwachukwu, who with Prosper Ochimana sang the beautiful Christian praise song “Ekwueme” with lyrics that lift my soul like those of millions. Rest In Peace

2 thoughts on “How did Osinachi Nwachukwu die? What happened? Cause of death”