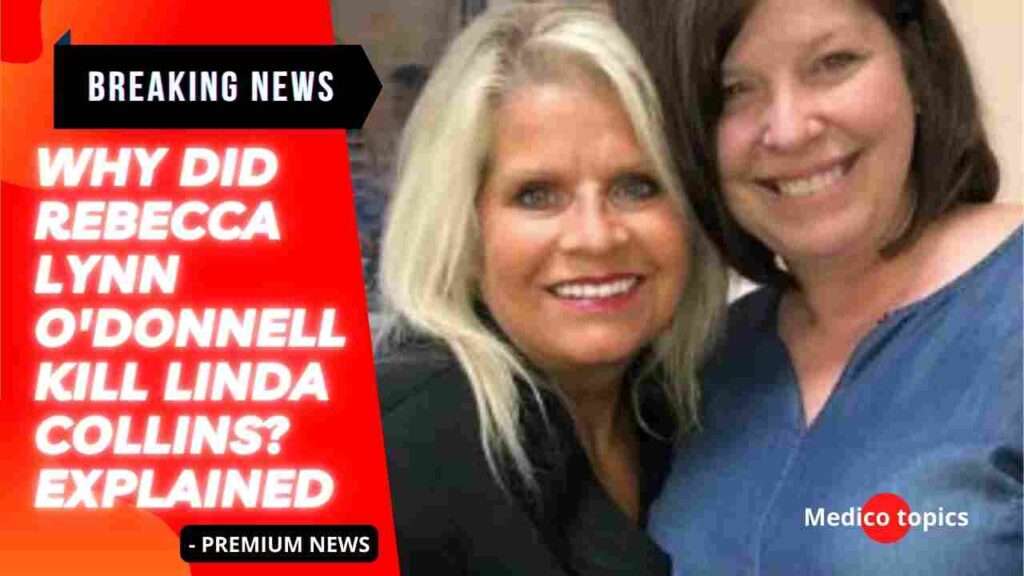 Authorities initially had difficulty determining why someone would murder Collins, but in a bizarre twist, her close friend admitted guilt and is now serving time in prison.

Who was Linda Collins?

Collins was an American successful businesswoman and politician who served in the Arkansas Senate as a Republican. According to Ballotpedia, she was known outside of politics as the owner and operator of Days Inn and Suites of Pocahontas, as well as the founder of Randolph County Tourism. She had previously been married to Philip Smith and had two children, Butch and Heather. Butch was reportedly the one who discovered Collins’ body after she had been stabbed to death, an image he claims is “burned into my brain.”

Who exactly is Rebecca Lynn O’Donnell?

Rebecca Lynn O’Donnell is a former campaign worker and close friend of Collins. She made headlines in August 2020 after pleading guilty to the murder of the former Arkansas senator.

O’Donnell testified in court, “I went to Linda’s house and intentionally killed her and then hid the body.”

She had previously pled not guilty to the charge of capital murder.
She changed her plea, however, after prosecutors revealed that they would seek the death penalty.
Aside from her previous roles, no additional details about O’Donnell’s personal life are available.

O’Donnell pleaded guilty to first-degree murder and corpse abuse and later pleaded “no contest” to 2 counts of solicitation to commit capital murder in another county, in connection with a separate murder-for-hire plot.

Collins’ family said in a statement released after the proceedings said, “Today, our family has found swift justice through a plea deal,”.

“We know that some people will be dissatisfied with the outcome today.” And we recognize that whatever punishment [O’Donnell] receives will never be sufficient… It will never bring back my Grandpa’s daughter, my Mother, or our children’s grandmother. No amount of punishment will ever fill the void left in our lives by [O’Donnell] the day she murdered our Mother.

“Today, we can find some solace in the fact that Rebecca O’Donnell will be imprisoned for an indefinite period, unable to harm anyone else. If my Mother were here today, I’m sure she’d quote the Bible and tell us that we can find some peace in God.”

Rebecca Lynn O’Donnell kills Linda Collins: While no motive was given, Collins’ son believes O’Donnell was stealing money from his mother and stabbed her to death when confronted about it.

The initial judge overseeing the case sealed the case’s records, leaving many to wonder why this occurred.

According to the North West Arkansas Democrat-Gazette, Collins’ family later sued the State Police and the Randolph County sheriff’s office to evaluate the files, which later revealed that O’Donnell had sold gold and silver worth $15,110 on three separate occasions that were once stored in Collins’ home.

According to the media outlet, the family was close to reaching an agreement on what materials from the investigation would be made public as of March 2022.

I hope we cleared the answer to Why did Rebecca Lynn O’Donnell kill Linda Collins.