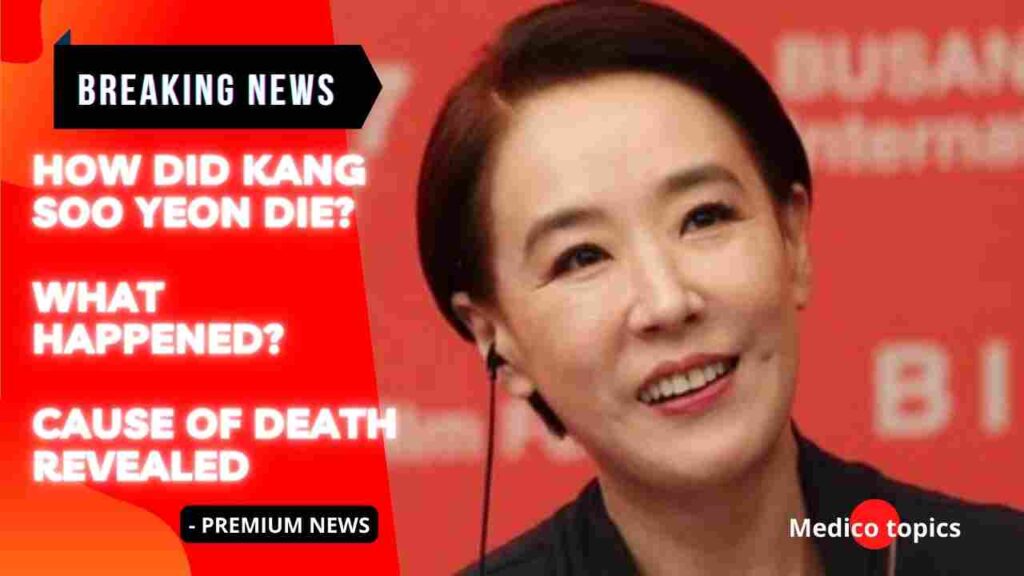 Who was Kang Soo Yeon?

Kang Soo Yeon, who was born in 1966, began her career as a child actress in 1969. She appeared in several films, including “3 Stars,” “Hanji,” and “Jury,” and she received an award for her work in “The Surrogate Woman” and “Come Come Come Upward.” Kang Soo Yeon was promoted independently and recently completed filming for the upcoming Netflix film “JUNG E.”

Kang Soo Yeon was discovered in a state of cardiac arrest at her home in Apgujeong, Gangnam, Seoul, around 5 p.m. on May 5 KST. She was taken to a nearby hospital for treatment after receiving CPR, but she never regained consciousness.

What happened to Kang Soo Yeon?

Kang Soo Yeon, an actress, died on May 7 after suffering a cardiac arrest. She was 55 years old.

Kang Soo-youn was rushed to the hospital on May 5 after going into cardiac arrest. Her family discovered her in cardiac arrest at her home in Apgujeong, Gangnam, Seoul, at 5:40 p.m.

Her family dialed the 119 emergency number. She was given CPR (cardiopulmonary resuscitation), transported to the hospital, and remained unconscious. For three days, she was on a ventilator.

“Intracerebral hemorrhage (bleeding into brain tissue) is the second most common and deadly cause of stroke (15-30% of strokes). Blood vessels transport oxygen and nutrients to and from the brain. Arteries and veins can rupture as a result of abnormal pressure, abnormal development, or trauma.

The blood itself has the potential to harm brain tissue. Furthermore, the extra blood in the brain “may increase intracranial pressure (ICP) to a point that further damages the brain,” according to the website of the American Association of Neurological Surgeons.

Earlier, Kim Dong-ho, a friend of the actress and former executive of the Busan International Film Festival (BIFF), said,

“Her doctor informed the family that her condition might not improve even if she undergoes surgery, so they haven’t decided whether to proceed with it,”.

“She appeared to be fine… She’d go to the hospital for checkups even though she wasn’t sick. “I heard she was going to the United States soon,”.

I hope we’ve resolved all the doubts about how did Kang Soo Yeon die!