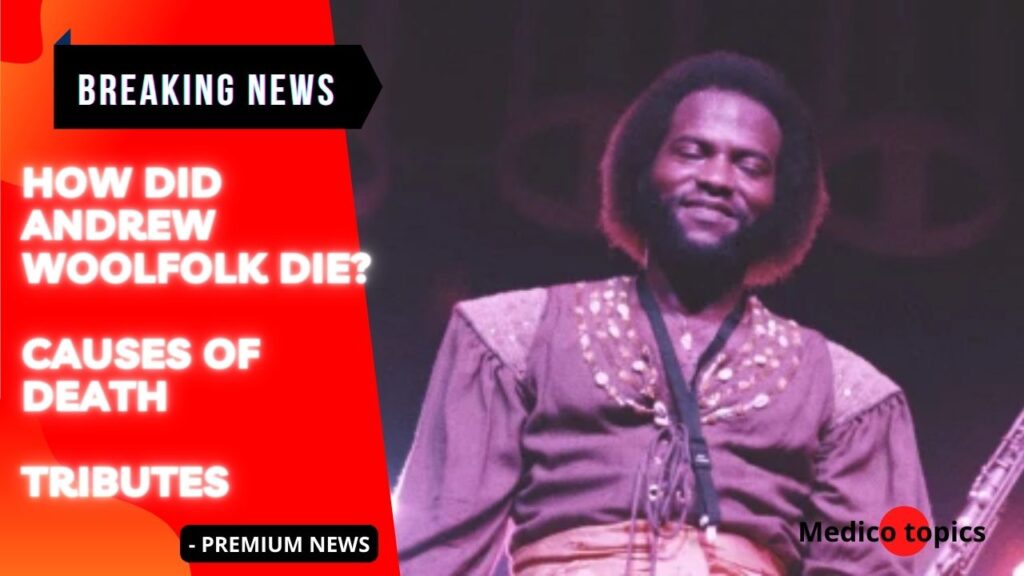 Who was Andrew Woolfolk?

Woolfolk was a founding member of the band and was instrumental in the creation of some of the 1970s’ biggest hits, including September, Boogie Wonderland, and Shining Star. The band has sold approximately 90 million records and is considered one of the most popular bands of all time.

Philip stated on Instagram that he met Andrew in high school and that the two became friends and bandmates. Woolfolk collaborated on several hit songs, including Reasons, Sing a Song, After The Love Has Gone, Let’s Groove and others. He later worked with artists such as Deniece Williams, Phil Collins, and Stanley Turrentine.

Andrew left the band in the late 1980s but returned to perform and tour after the millennium. In 2000, Earth, Wind & Fire was inducted into the Rock and Roll Hall of Fame.

In 1971, they released their self-titled album, which was followed by another album, The Need for Love. Both albums received favorable reviews from the public.

Andrew Woolfolk cause of death

How did Andrew Woolfolk die, Andrew died after a six-year battle with cancer, according to Earth, Wind & Fire lead vocalist Philip Bailey. However, it is unknown whether Andrew has had any other health problems in the past.

Philip Bailey, the vocalist for Earth, Wind, and Fire, confirmed Woolfolk’s death on Instagram. Although no specific cause was given, Bailey stated that Woolfolk had been “ill [for] over 6 years.” There is no more information revealed about how did Andrew Woolfolk die.

“I met him in high school, and we instantly became friends and bandmates,” Bailey explained. “Wonderful memories. Outstanding talent. Funny. Competitive. Quick on the draw. And, of course, styling.”

Rest well, Andrew Woolfolk. Saxophonist for Earth, Wind & Fire’s classic period. One of my absolute favorites because he made every note count. You may not know his face or his name, but he was an integral part of THE sound. Wow… Thank you for the music, brother.
Closing out my night with this piece and my mind on Andrew Woolfolk. I never had the chance to meet him, but his gift really touched me. This is my favorite from him.

Awww, man. “He has Transitioned on to them forever, from this Land of the dying to the Land of the Living.” – Phillip Bailey

RIP Andrew Woolfolk (October 11, 1950 – April 24, 2022) – saxophonist from Earth, Wind, and Fire I’ll be paying tribute to Andrew by playing an hour of EWF tracks on my vinyl-only show on Colourful Radio this Saturday If there’s an EWF track you’d like to hear let me know

Sad to learn of the passing of legendary player Andrew Woolfolk from @EarthWindFire. Was beyond thrilled to meet him in 1998…

Sad to hear about the passing of a longtime member of one of my all-time fav groups…saxophonist #AndrewWoolfolk of Earth Wind & Fire. His talent made iconic songs like “September” and “Boogie Wonderland” the sound of the ‘70s. Thinking of his family and loved ones this morning.