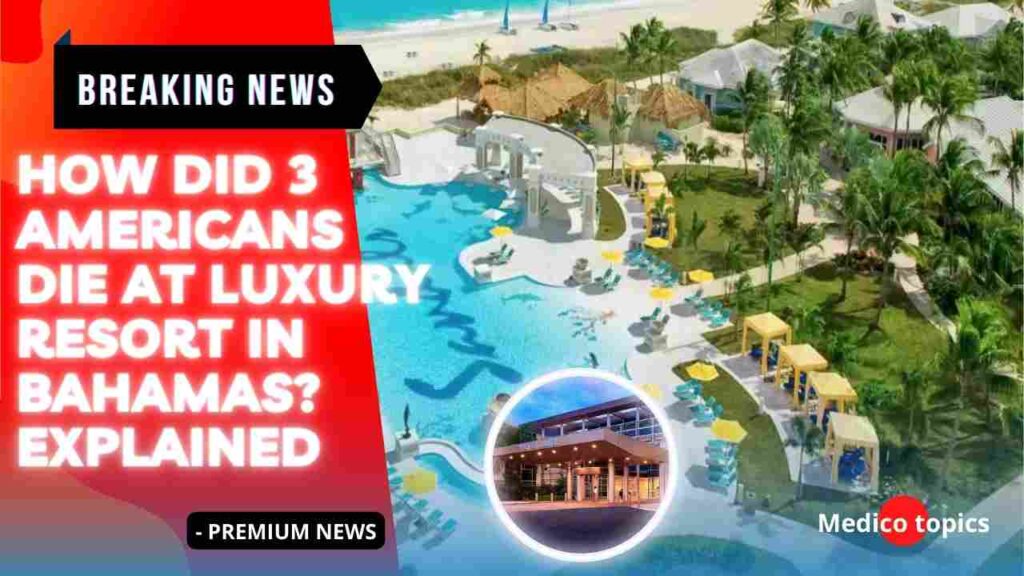 Three US tourists were killed in the luxury Sandals resort in the Bahamas, and a fourth was airlifted to a hospital as police investigated. Let’s see how did 3 Americans die.

Police in the Caribbean are investigating the deaths of two men and a woman at the luxury Sandals resort in the Bahamas.

How did 3 Americans die?

On Friday, three Americans were killed at the Sandals Emerald Bay resort in Exuma, Bahamas.

At this time, the deaths are not thought to be suspicious.

According to Exuma MP and Tourism Minister Chester Cooper, a fourth American, a woman, was airlifted to a hospital in Nassau.

A Sandals spokeswoman told the Mirror that staff were alerted to a medical emergency and that the victims’ families are being supported.

‘I have been regretfully informed today of the death of 3 American visitors, two men, and a woman, at a resort property on Exuma,’ Mr Cooper said in a statement.

‘Another American woman was flown to Princess Margaret Hospital.’

‘I have been briefed on the matter by the commissioner of police and the resort’s executive management.’ I am currently on ministerial business in Eleuthera.

‘Police are investigating, and the cause of death is still unknown,’ he added.

‘The public will be kept informed as soon as information becomes available,’ he added. We send our thoughts and prayers to the affected families.’

The all-inclusive five-star adults-only resort is located in a secluded area on 500 acres of tropical land.

It has a mile-long beach, three pools, 11 restaurants, and a championship golf course.

Guests can participate in day and night tennis, beach volleyball and basketball, paddle boarding, snorkelling, and even free weddings for those who stay three nights or longer.

What is the cause of their death?

According to a Sandals spokesperson, the staff at the Exuma resort were alerted to a health emergency and medics were quickly summoned.

The guests’ families are being supported, she told the Daily Mirror.

According to People, local police believe two of those who died made a complaint of feeling ill the night before.

“Our initial investigations have revealed that the couple found in the second villa complained of illness the previous evening,” a police spokesperson said.

“They went to the local medical facility and, after receiving treatment, returned to their lodging.”

Officers said two of the victims, who were allegedly a couple, were discovered in the same property and had “convulsions,” but there were no signs of trauma.

The cause of death has not yet been confirmed.

[…] How did 3 Americans die at luxury resort in Bahamas? Explained […]

0
Reply
How did Mickey Gilley die? What happened? Cause of Death Revealed

[…] How did 3 Americans die at luxury resort in Bahamas? Explained […]