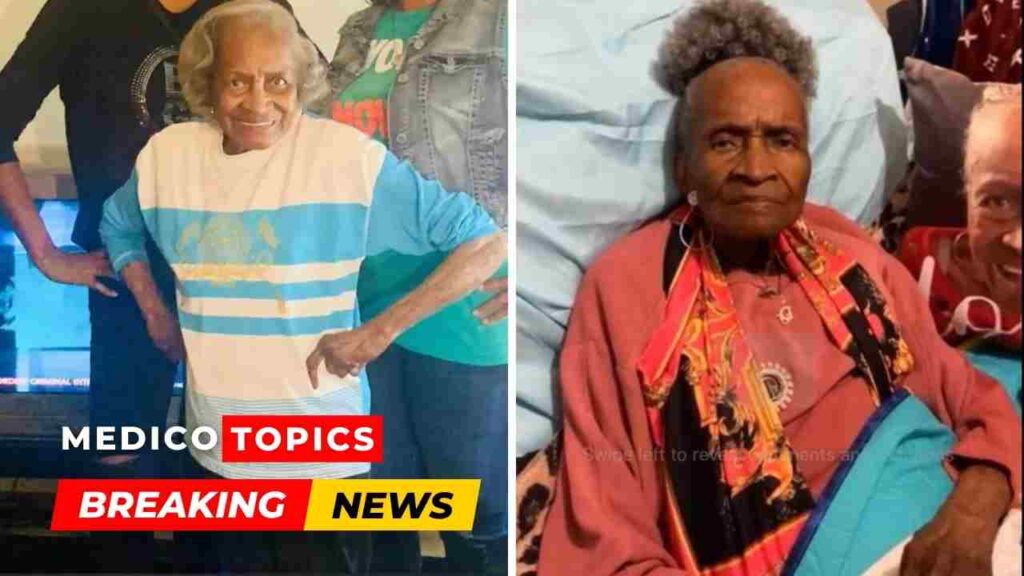 Grandma Holla aka Helen Davis, a TikTok Grandma died at 97. Let’s see, how did Grandma Holla die and her cause of death in detail.

How did Grandma Holla die?

Grandma Holla, who was famous for her hilarious videos on social media passed away on January 15, 2023 at the age of 97.

Her granddaughter verified Grandma Holla’s death. She shared about the death of Queen Holla in the live video on the Facebook page of Lottery Frappe and Laughs.

Who was Grandma Holla?

Grandma Holla aka Helen Davis was a famous TikTok figure who was well known for her hilarious comments and speaking her mind out in her videos.

Before she became famous, Grandma Holla had a sizable social media following. Her Granddaughter records her videos and post in on social media platforms.

Grandma Holla gained popularity online after the R&B singer Toni Braxton shared one of her videos on her social media page. This gave a boost to Holla’s fame, and she gained a huge number of new fans. As a result, Grandma gained more than a million followers.

She offers commentary on a wide range of topics, including relationships, celebrities, and healthy eating.

This 96-year-old seasoned lady had gone famous in multiple videos for speaking her mind, cursing whenever she wants, and simply saying it like it is.

Many of her videos have other people conversing with her at home or in a car, or even just asking her questions. Overall, she offers commentary on a wide range of topics. She was a laugher and joy to many.

TikTok star Grandma Holla’s death rumors have circulated on social media in 2022. The social media star got more traction than normal as rumors about her demise spread like wildfire.

Many people thought she actually passed away, despite the fact that there was no reliable information about it online.

The entertainer’s daughter, on the other hand, posted on social media to confirm her survival. She has stated that there is no truth to the claims of her demise.

According to sources, the TikToker was admitted to the hospital after experiencing an earlier illness. She did, however, keep her fans entertained, even while lying in bed in the hospital.

Grandma Holla cause of death:

Grandma Holla, TikTok icon, passed away after battling advanced cancer. She had more than a million followers on her social media page.

Grandma Holla was a well-known figure on TikTok, Facebook, and Instagram. Several videos featuring this woman have gone popular. In these videos, she is honest and upfront.

Condolences family, Queen Holla was a gem to the world.

Please let us know when the service will be! I’m sending flowers for Grandma Holla!

R.I.P. QUEEN HELEN DAVIS AKA GRANNY HOLLA
Prayers for her family!! Thanks Chelle for sharing your grandmother with us ALL!! I really loved her!!

Ms Helen Davis aka Ms Holla passed away today. She really have been a enjoyment to watch.
Condolences to her family. Rest In Peace, blessed, beautiful soul

Who is Jesse Navarro? Suspect who shot and killed Deputy Darnell Calhoun, Riverside County deputy’s murderer is in custody

THANK YOU‼ Holla came into my life and from the 1st time i heard her speak, I was hooked on watching her videos! So I say again, THANK YOU! For the constant laughs, advice, wisdom, shouting me out in a video, the time it took to share her life with us all!! I know Holla got her well deserved wings, ..she now, shes free!! R.I.Paradise Queen Holla!