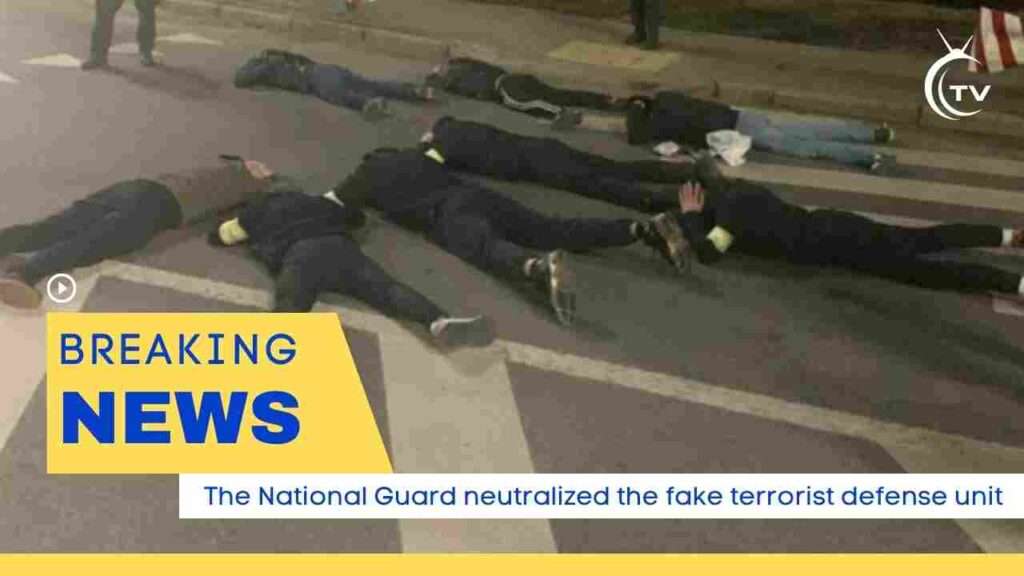 Fake terrorist defense unit: The military of the National Guard in Kyiv liquidated a sabotage group of infidels, who pretended to be a territorial defense unit.

It is reported by Medico topics with reference to the Facebook page Fake terrorist defense unit.

The National Guardsmen reported on the exposure of the fake unit of the territorial defense of Kyiv. At the same time, they urged the citizens to be careful, since other enemy sabotage and reconnaissance groups are also working in the capital.

The profile of the National Guard of Ukraine on the network added that the military continues to work on the detection of saboteurs in Kyiv. All of them were promised to be “packed”.

By the way, earlier Defense Minister Alexei Reznikov urged the Russians not to send loved ones to certain death. See below

Recall that the Armed Forces burned four dozen pieces of Russian equipment near Konotop. See below

Do not send loved ones to death: the Minister of Defense of Ukraine appealed to the Russians

The Minister of Defense of Ukraine Oleksiy Reznikov announced the successes of the Armed Forces of Ukraine and urged the Russians not to send their relatives to death.

Dear Ukrainians! More than 40 hours of rebuffing the Russian invaders proved that we have the most powerful army in Europe and a fearless people.

We already knew it. Now everyone saw it and began to realize it.

Our defenders and defenders every minute of their heroic struggle are changing the attitude towards Ukraine in the world. This increases support.

Ukrainians are now fighting for the future they have long deserved. Both his own and the whole of Europe.

We will definitely win!

Glory to Ukraine! Glory to the Ukrainian Army!

Further, the Minister of Defense addressed the Russians – wives, mothers, girlfriends of Russian soldiers and officers:

“Now I want to address the residents of the Russian Federation.

Especially – to the wives, mothers, girlfriends of Russian soldiers and officers.

In a few days of intervention in Ukraine, as many Russian troops will be destroyed as in two Chechen wars. Thousands. Thousands.

The ruler of Russia has become a murderer. The killer is not only Ukrainians but also Russians.

We know that now very young boys are being urgently taken into the army all over Russia. That they are preparing to transfer recruits without minimum combat skills. Those contractors are not told where they are actually going. And what awaits them.

Hide your loved ones if they are dear to you. Don’t send them to certain death! They will be killed from every window in every Ukrainian city.

Take to the streets. Demand to stop the war. Demand to withdraw the Russian army from Ukraine.

Do not be afraid! The truth is on your side. Now you can still change everything so as not to regret it later.

When all information about the Kremlin’s war crimes is revealed, your loved ones will be very grateful to you.”

Near Konotop (Sumy region), Ukrainian defenders burned about 40 pieces of military equipment of the Russian invaders. The enemy stopped at the city – he has problems with fuel and supplies.

It is reported by Medico topics with reference to the Facebook Ground Forces of the Armed Forces of Ukraine.

“On the outskirts of the city there are about 40 units of burnt Russian equipment,” the report says.

It is noted that after heavy fighting and significant losses, Russian troops stopped near Konotop. The invaders are experiencing problems with fuel and supplies.

“Tankers walk around with canisters and try to buy fuel. Soldiers of the occupying forces demand food from the local population. Cases of looting of trade establishments by Russian invaders have been recorded,” the Ukrainian military clarified and recommended “helping” the occupiers with fuel and sugar.

I hope I explained this blog (The National Guard neutralized the fake terrorist defense unit) in a better way.