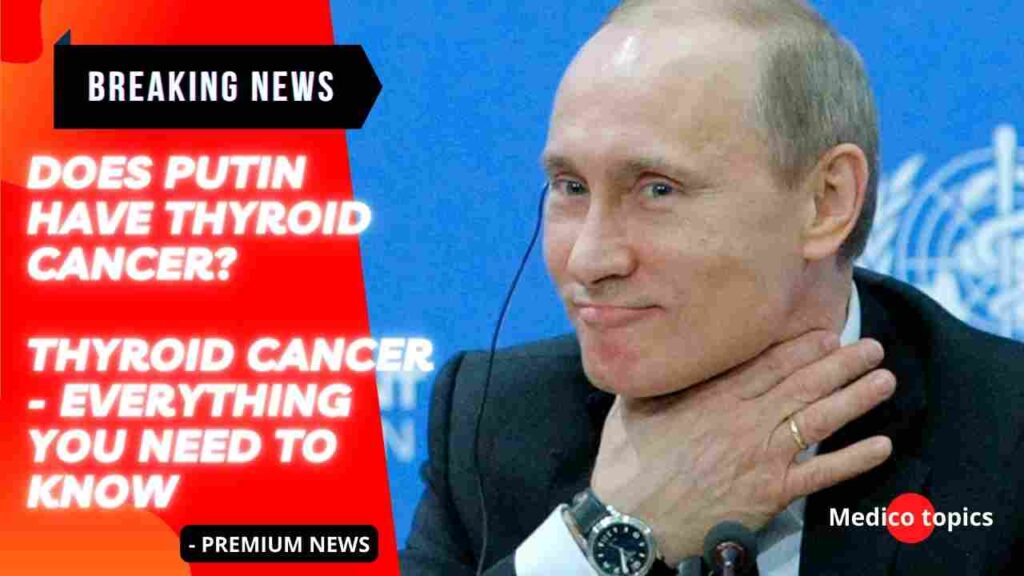 Does Putin have Thyroid cancer: Putin is constantly followed by a thyroid cancer specialist. The specialist has spent 282 days with the Russian President amid claims he is gravely ill and suffering from ‘steroid rage’ as a result of treatment.

Does Putin have Thyroid cancer?

According to a new investigation, Vladimir Putin is ‘constantly’ accompanied by a doctor who specializes in thyroid cancer. 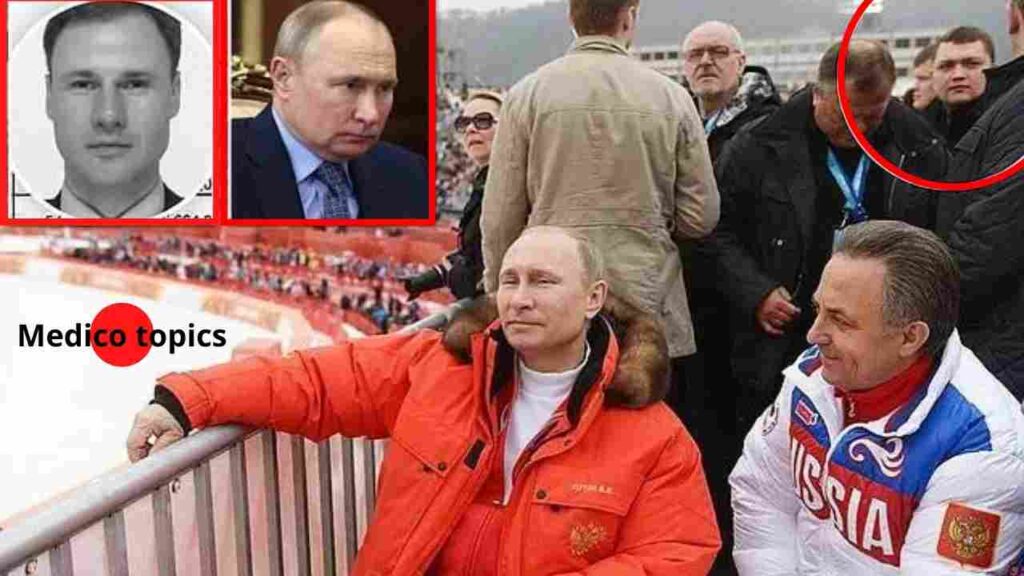 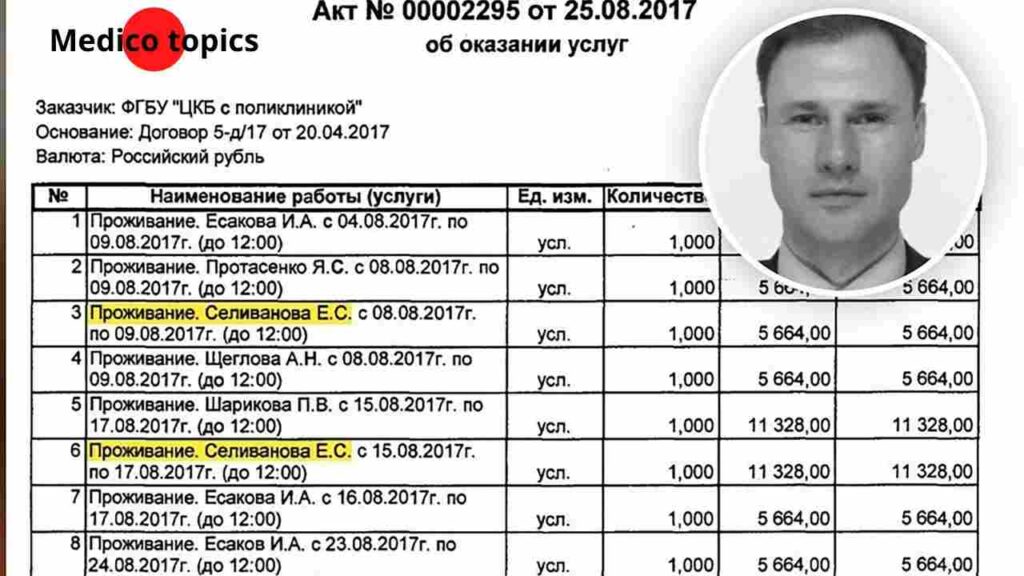 Surgeon Yevgeny Selivanov of Moscow’s Central Clinical Hospital has flown to the Russian leader 35 times in his favorite Black Sea resort of Sochi.

The respected doctor’s thesis was titled ‘Peculiarities of diagnostics and surgical treatment of aged and senile patients with thyroid cancer,’ and it demonstrated his area of medical expertise.

The discovery made by investigative journalists Project (or Proekt) media, which has been blocked in Russia but is now operating from abroad, supports recent theories that Putin declared war while suffering from medical problems that were hidden from the Russian people.

One theory is that he was given steroids, which caused the bloated appearance around his face and neck.

There has been widespread speculation in the West that Putin was suffering from serious medical issues when he launched a war in Ukraine that has killed an estimated 17,000 Russian troops as well as many Ukrainian defenders and civilians.

‘We promised to reveal the Kremlin’s main secret to you. ‘Of course, we’re talking about Vladimir Putin’s health,’ said Project media.

The report identified medics who regularly accompany Putin – who will be 70 in October – on trips, particularly to Sochi, which Putin prefers to Moscow.

According to the report, ‘in the 23rd year of his reign, the President of Russia is only interested in geopolitics.’

‘In fact, there is at least another issue about which Putin is deeply concerned – his own health.’

‘Putin has publicly expressed interest in the issue of thyroid cancer,’ it said.

‘In July 2020, he met with Ivan Dedov, the head of the National Medical Research Center for Endocrinology and Putin’s eldest daughter Maria [Vorontsova’s] boss.’

‘Dedov informed the president of the high prevalence of thyroid cancer and discussed the new hormonal drug Tyrogin, which combats metastases after surgery.’

‘”Recovery of 95-98 percent?” Putin inquired, and received an affirmative response.’

‘There is indeed discussion in medical circles about the president’s health problems,’ the report continued.

‘These discussions were especially heated in the early autumn of last year when Putin behaved strangely.’

‘After a long period of isolation due to the COVID-19 pandemic, the head of state has finally begun to meet people.’

On September 13, he met with the Paralympic athletes and even let them surround him.

‘Even the president’s entourage was taken aback by the news.

‘His press secretary was initially perplexed and refuted the president, claiming that the president, speaking of isolation, expressed himself “figuratively.”

‘However, the next day, Putin went into seclusion, participated in the Duma elections from his own office, and did not appear in public for the rest of September.’

‘Whether the president was then enduring some kind of medical manipulation is unknown, but afterward, he began to communicate with people sitting on opposite sides of huge tables at a very great distance.

‘In other words, if Putin had previously moved away from people in a figurative sense, he has now begun to do so in the most direct way.’

Putin was being treated at the time by Dr. Dmitry Verbovoy, an expert in critical illness, injuries, and poisonings.

Dr. Konstantin Sim, an orthopedic traumatologist, was another who could help with ice hockey injuries.

According to the report, ‘the president was regularly accompanied to Sochi by an average of five doctors.’

‘For example, on the same day he was with Sim, four more doctors, including ENT specialist Alexei Shcheglov and infectious disease specialist Yaroslav Protasenko, lived in Rus [sanatorium].’

Twelve doctors were settled in the Run sanatorium in November 2016.

‘First, a group of Putin’s doctors led by Verbov arrives.

‘Then, for two days, a group of operating neurosurgeons from the Central Clinical Hospital, led by department head Oleg Myshkin, joins them.’

Dr. Pavel Sharikov, resuscitator of the Central Clinical Hospital, was present, as was Dr. Elena Rastrusina, an expert in the neurosurgical department, and head nurse Lyudmila Kadenkova.

‘The treatment worked because Putin was already addressing the federal assembly on December 1st.

‘A year later, the President bestowed the honorific title of Honored Doctor of Russia on Myshkin.’

According to the report, Putin has five times vanished from view due to medical reasons.

Thyroid cancer symptoms include the image of a thick nodule in the thyroid area; hoarseness of voice; trouble swallowing; pain in the neck and throat; swollen lymph nodes in the neck; a dry cough, scratchy or itchy feeling in the throat or behind the sternum.

There have previously been claims that Putin had cancer, which the Kremlin has denied.

The Central Clinical Hospital informed Project that Dr. Selivanov was “on a business trip” and that “it is unknown when he will return.”

Dr. Alexey Shcheglov is an ENT surgeon who ‘follows Putin so relentlessly that he allegedly gets into joint pictures with the head of state during public events.’

Does Putin have Thyroid cancer: According to the report, he has visited Putin the most, with 59 trips totaling 282 days.

Shcheglov’s importance can be seen in the fact that his father, Nikolai Shcheglov, a surgeon, was elected to the [pro-Putin] United Russia party last year.

According to the claim, Shcheglov is regarded as “the doctor who, among many other things, can be the first to detect troubles with the thyroid gland, including oncological ones.”

The project did not indicate the time frame.

What is Thyroid cancer? 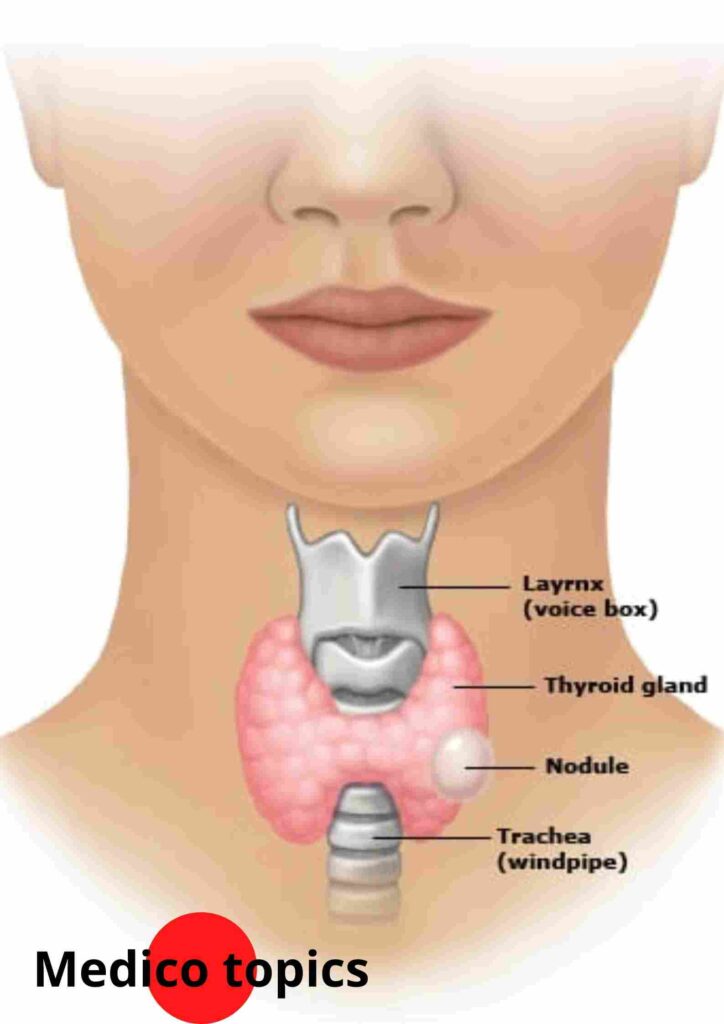 Thyroid cancer develops in the thyroid cells, which are located at the base of your throat, just below your Adam’s apple. Your thyroid gland secretes hormones that control your heart rate, blood pressure, body temperature, and weight.

Thyroid cancer may not exhibit any symptoms at first. However, as it grows, it can cause neck pain and swelling.

There are various types of thyroid cancer. Some grow slowly, while others can be quite aggressive. Thyroid cancer can be cured in the majority of cases with treatment.

Thyroid cancer appears to be on the rise. Some doctors believe this is because modern tech is allowing them to detect small thyroid cancers that were previously undetected.

Early in the course of thyroid cancer, there are usually no signs or symptoms. The most common sign or symptom of thyroid cancer is swelling in your neck. Sometimes you don’t even notice the growth of a lump, but your dentist or spouse might.

Thyroid nodules that are large enough to cause other problems can occur in some cases, including:

The majority of thyroid cancers are caused by unknown factors. However, there are some factors that can increase your chances of getting it.

Genetic syndromes that are inherited: Some diseases, including cancer, are caused by the DNA you inherit from your parents. In 2 out of 10 cases of medullary thyroid cancer, for example, the cancer is caused by an inherited abnormal gene.

Deficiency in iodine: If you don’t get enough of this chemical element in your diet, you may be more likely to develop certain types of thyroid cancer. Because iodine is added to salt and other foods in the United States, this is uncommon.

Exposure to radiation: If you were exposed to radiation treatment as a child in your head or neck.

Who Will Get It?

Even if you’re young, you can develop thyroid cancer. Papillary thyroid cancer, for example, is most common in people aged 30 to 50.

Thyroid cancer is very treatable, even if it is in an advanced stage. This is because there are effective treatments available that give you a good chance of complete recovery. When surgery is required, it can sometimes cure it.

Thyroid cancer that recurs
Thyroid cancer can recur despite treatment, even if your thyroid has been removed. This could occur if microscopic cancer cells spread outside the thyroid before it is removed.

Thyroid cancer may recur in the following people:

Thyroid cancer can be treated if it recurs. Periodic blood tests or thyroid scans may be recommended by your doctor to look for signs of a thyroid developing cancer.

Many people experience thyroid cancer for unknown reasons, prevention is difficult. However, if you are aware that you are at risk for thyroid cancer, you may be able to take the following precautions:

Prophylactic (preventive) surgery: Genetic tests can determine if you have an altered gene (a mutation) that increases your risk of medullary thyroid cancer or multiple endocrine neoplasias. If you have the faulty gene, you may choose to have preventive (prophylactic) surgery to remove your thyroid gland before it develops into cancer.

Potassium iodide: If you were exposed to ultraviolet radiation during a nuclear disaster, such as the 2011 Fukushima disaster in Japan, taking potassium iodide within 24 hours of exposure can reduce your risk of developing thyroid cancer. Pima® (potassium iodide) prevents the thyroid gland from absorbing too much radioiodine. As a result, the gland remains in good health.

When should I consult a doctor?

you should contact your doctor, If you have thyroid cancer and experience any of the following symptoms: