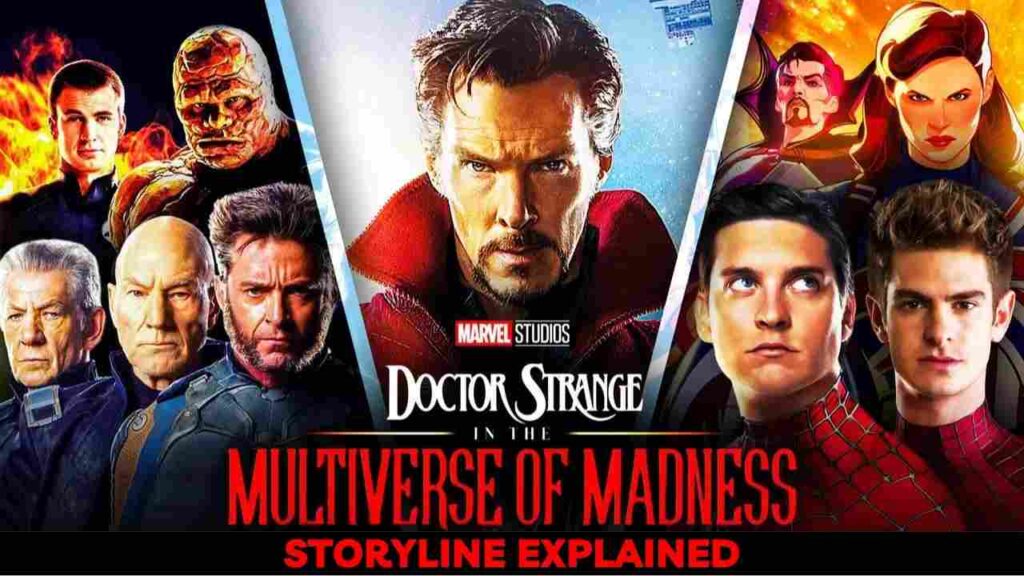 The fourth phase of the Marvel Cinematic Universe is well underway, and everything appears to be coming together with Doctor Strange in the Multiverse of Madness review, aka Doctor Strange 2.

The sequel will include plotlines from recent Marvel films such as Loki, WandaVision, What If…?, and Spider-Man: No Way Home. It appears to be as big as Avengers: Endgame.

To help you prepare for the film, here is everything you need to remember about Doctor Strange 2, including the latest trailers, casting news, release date, streaming information, and more.

Doctor Strange in the multiverse of madness wiki

Doctor Strange in the Multiverse of Madness Synopsys

“The MCU unlocks the Multiverse and pushes its borders further than ever before in Marvel Studios’ Doctor Strange in the Multiverse of Madness. Travel into the unknown with Doctor Strange as he traverses the mind-bending and dangerous alternate realities of the Multiverse with the help of both old and new mystical allies to confront a mysterious new adversary.”

“Dr. Strange casts a forbidden spell that opens a portal to another dimension. However, a threat emerges that his team may be unable to handle.”

1. Death of a Major Character?

Marvel President Kevin Feige’s promotion of Multiverse of Madness as an important MCU film spells doom for many of the franchise’s beloved characters. Many fans believe that one of the film’s leads, Wanda or Doctor Strange, will perish as a result of the film’s tumultuous plot. 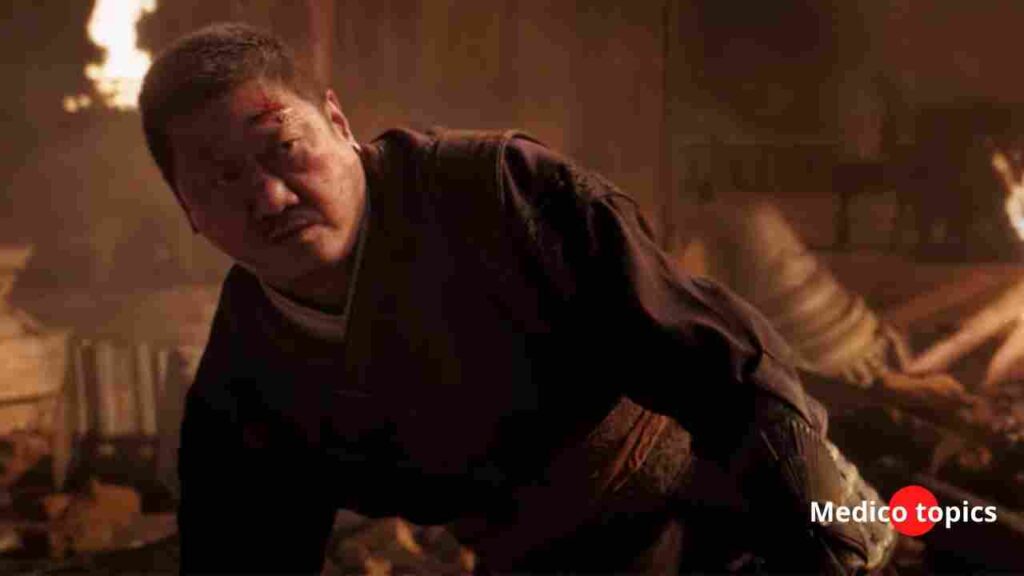 While the importance of these two characters to the MCU’s future makes it unlikely that they will die in Multiverse of Madness, we may see some on-screen deaths of both main protagonists and side characters who have been longtime MCU constants. Considering how many variants of Doctor Strange there are in the trailer, who’s to say the Strange we know and love won’t lose his life, but be replaced in the main timeline and future MCU entries by a variant of himself; The same goes for Wanda.

More precarious is the fate of Doctor Strange’s right-hand man, Wong (Benedict Wong) who appears to be in grave danger throughout the trailer. This is exactly the kind of loss that could torment Stephen Strange and cause him to be more thoughtful in his actions in future MCU stories.

America Chavez (Xochitl Gomez) will play a significant role in Multiverse of Madness as a sidekick assisting Doctor Strange in navigating the multiverse. Her abilities include interdimensional travel, making her a valuable asset to film and future films dealing with multiverse issues. Chavez is a relatively new character, first appearing in the limited comic book series Vengeance in 2011. 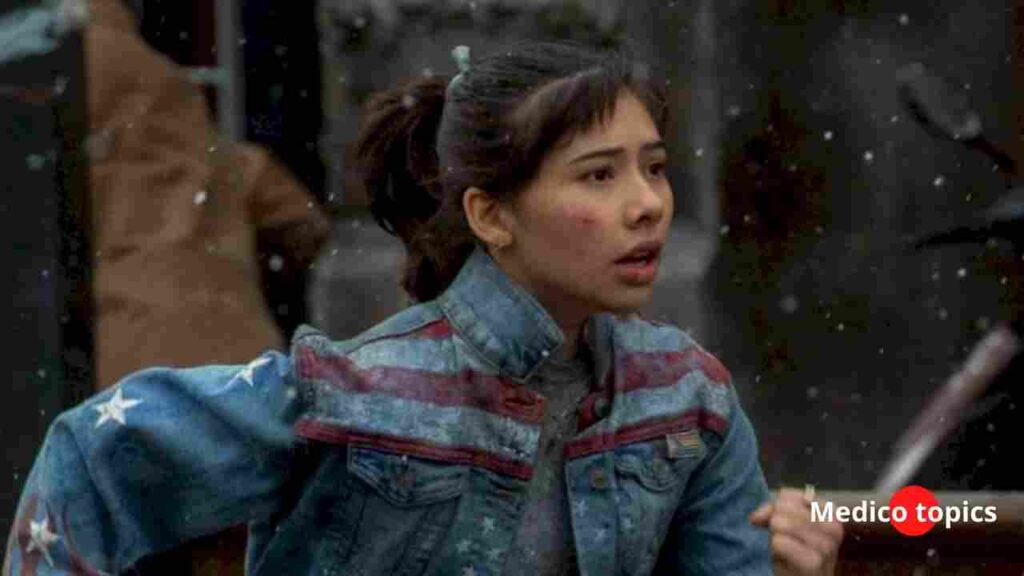 Introducing Chavez in Multiverse of Madness will allow her name to be developed throughout phase 4, with larger plans such as a Young Avengers film possibly on the horizon. Wanda’s twins from Wandavision join a growing list of Young Avengers characters making appearances throughout the MCU; Chavez could play an important role in reuniting them with their mother and getting them back to the MCU for good.

3. The Scarlet Witch and Wanda

In the final episode of WandaVision, we last saw Wanda in hiding, isolating herself from everyone she could potentially harm while mourning the loss of her family. Her grief, rage at a world that has consistently harmed her, and desperate desire to reclaim what she has lost may drive her to become a villain in Multiverse of Madness. 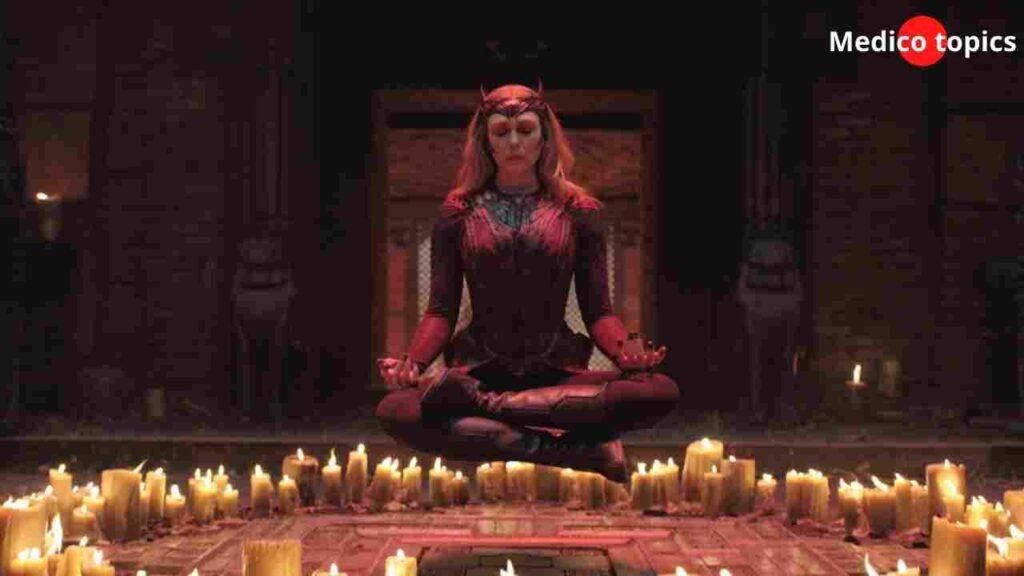 Reading and practicing the dark magic of The Darkhold, a forbidden and powerful book of dark magic, may have tainted Wanda’s moral compass and turned her against anyone who stood in her way of reclaiming her family. The question is whether Wanda’s internal conflict is strong enough to elevate her to the status of full-fledged villain and the major antagonist of Multiverse of Madness.

It’s also possible that the Scarlet Witch entity or a Wanda variant will be revealed as the villain at a certain point in the film.

As previously stated, Baron Mordo (Chiwetel Ejiofor) is a potential Illuminati member in the MCU; however, the trailers show a character with different motives than the villain hell-bent on eradicating all sorcerers in Doctor Strange. 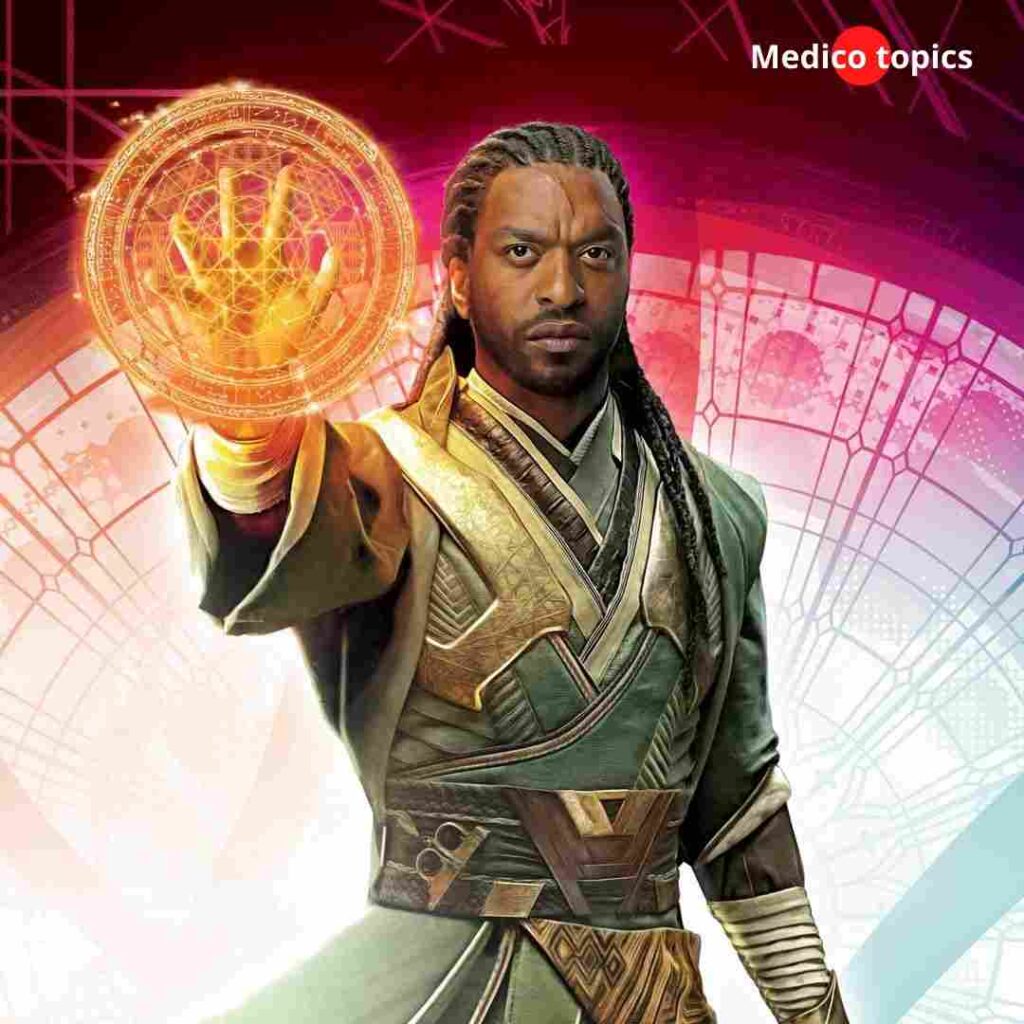 This has sparked speculation that the Mordo seen in the trailer is a variant, but will the original Mordo also appear and wreak havoc on Doctor Strange and others? Considering how many antagonists are set to appear in Multiverse of Madness, seeing Benedict Cumberbatch and Chiwetel Ejiofor share the display again will be a welcome sight for fans regardless of their on-screen relationship.

Perhaps Multiverse of Madness deepens the schism between the two sorcerers, setting up a climactic showdown in a third film; or perhaps they are forced to collaborate to save their dimension. We’ll find out the answer, as well as the fate of Baron Mordo in the MCU, very soon.

Rumors and fan theories abound among the infinite possibilities that a multiverse-focused movie brings to the MCU, but none is more exciting than the entry of the MCU’s own Illuminati. While we already know that some form of Marvel’s secret society will appear in Multiverse of Madness, according to Collider, who exactly makes up the group has been heavily theorized and debated. 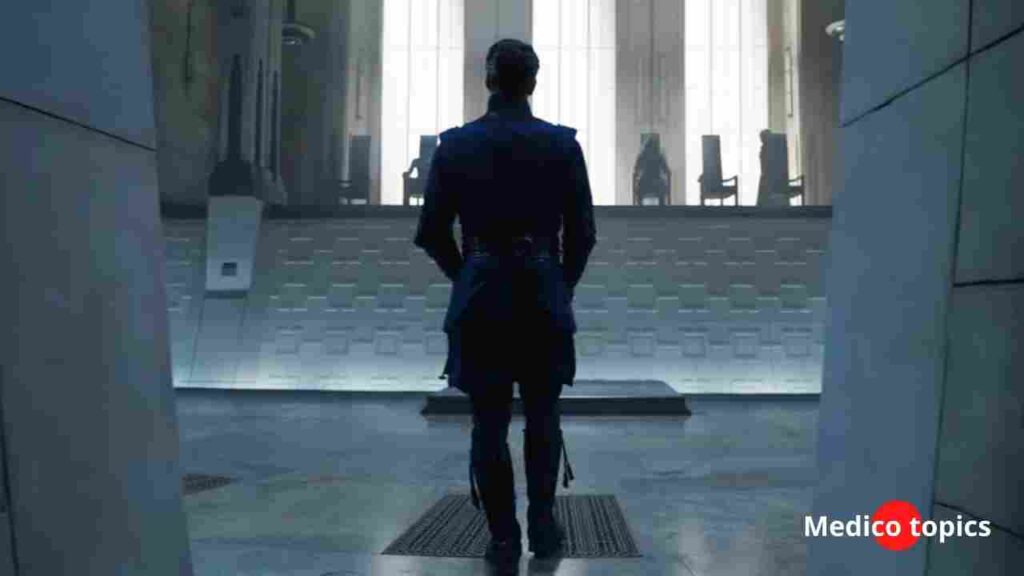 As indicated by his voice-over in the latest trailer, Patrick Stewart’s Professor X will reprise his role from the X-Men franchise; his appearance is likely to kick off a mass emergence of other mutants and X-Men characters as Marvel integrates recently acquired Fox characters into the MCU.

Baron Mordo (or a variant of the character from Doctor Strange) and Haley Atwell’s Captain Carter are also strong contenders. Looking to the comics, an Iron Man variant (rumored to be played by Tom Cruise), Black Bolt, the leader of the Inhumans, and the MCU’s first Fantastic Four member, Reed Richards, could round out the council. While nothing is confirmed until the film is released, fans will be pleasantly surprised by whoever is introduced as an Illuminati member.

When will Doctor Strange in the Multiverse of Madness be release?

Doctor Strange in the Multiverse of Madness is set to debut in the United States and the United Kingdom on May 6, 2022.

How to watch Doctor Strange 2 at home?

You can watch Doctor Strange in the Multiverse of Madness at home on Disney+. Disney+ is expected to be released on June 20, 2022.

After their minimum 45-day exclusive theatrical release window expired, Disney has released a handful of films on Disney+ over the last two years. While the studio hasn’t officially decided to commit a streaming release date for Doctor Strange in the Multiverse of Madness, it appears likely that it will have a 45-day exclusive theatrical release, which means it could be available on Disney+ as early as 20 June 2022.

How to watch Doctor Strange 2 For free?

Doctor Strange in the Multiverse of Madness (or Doctor Strange 2 as it’s colloquially known) is set to be one of the year’s biggest releases.

After all, revealing the Multiverse will almost certainly prove to be a watershed moment in the Marvel Cinematic Universe (MCU).

And, given that Marvel Studios keeps a tight lid on all of their projects, especially highly anticipated titles like Doctor Strange in the Multiverse of Madness review, everyone is on the lookout for any tidbits of information.

Most Marvel films (and TV shows) begin with a bang, and Doctor Strange 2 is no exception, but the action sequences in this film are more visually thrilling and dynamic, and the stakes are higher.

Not since Thanos, or perhaps Kro from Eternals, has there been a villain who truly poses a threat to our heroes — plot armor and all.

Doctor Strange’s spell repertoire has also been expanded (the good doctor has been busy since Endgame), and his abilities, including a neat transformation sequence, are on full display.

This is also the MCU’s first foray into the horror genre, though it’s difficult to tell how much of it is influenced by the genre based on the preview footage.

Having said that, there is at least one instance in which Sam Raimi masterfully uses color temperature to switch between a happy dream sequence and a harsh, cold reality.

One thing that stood out for me, however, is how Doctor Strange in the Multiverse of Madness review appears to be gravitating toward mature audiences — albeit not the Deadpool level of mature — though it’s difficult to explain without revealing anything.

This continues the trend I’ve seen in recent Phase 4 projects like Eternals, Spider-Man: No Way Home, and Moon Knight, and I’m very excited about the MCU’s maturation.

And, as you may have guessed, no plot points are revealed here, so you’ll have to wait until next week to see the full film.

0 0 votes
Article Rating
Subscribe
2 Comments
Oldest
Newest Most Voted
Inline Feedbacks
View all comments
What happened to Dave Chappelle in LA? Why is he attacked? Videos..

[…] Doctor Strange in the Multiverse of Madness review, Storyline Explained […]

[…] Doctor Strange in the Multiverse of Madness review, Storyline Explained […]