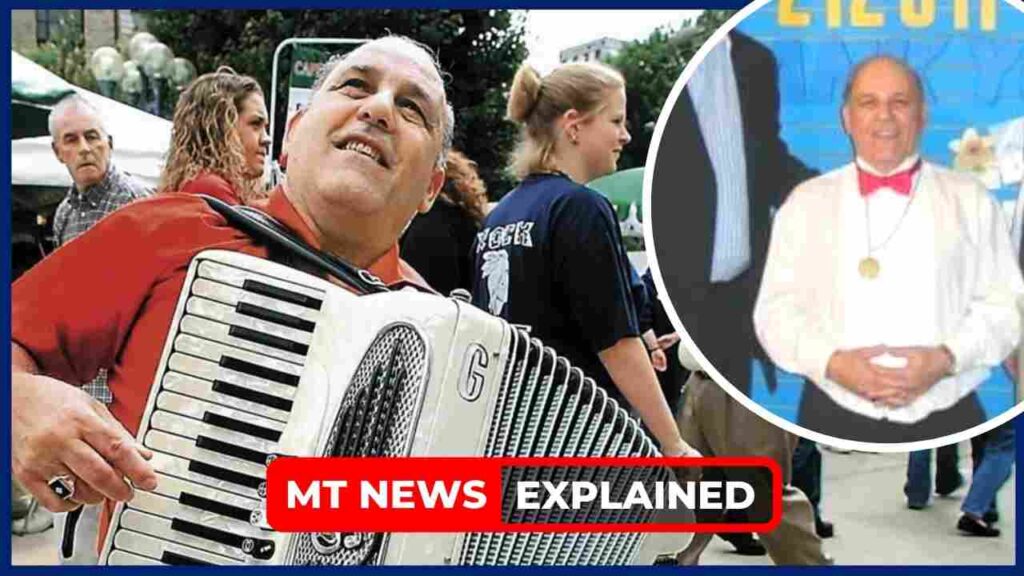 Cancer Telethon mourns the loss of their Troubadour, the Godfather of the American Cancer Society Telethon, Danny Farole who passed away recently. Let’s see how Danny Farole Passes away after a long battle with Cancer.

Sheriff Nick Chimienti grieves for the loss of his true friend, Danny Farole, and expressed his heartfelt message on his FaceBook page, the statement reads the following,

This man LOVED everyone. I am saddened to announce my lifelong friend Danny Farole has passed away last night. He sang at our “Spaghetti Dinner” in 2017. Danny was the best strolling minstrel who played the guitar and accordion while singing Italian songs.

Danny was a wonderful man and volunteered weekly at senior centers and hospitals in the coal region area where he lived. Danny was a huge supporter of Law Enforcement as he never failed to mention the Pennsylvania State Police and the Dauphin Co. Sheriff’s Office.

Danny was one of a kind. We never had a conversation without him asking how each one of my family members was doing. That was followed by his conversations and love for his wife, children, and grandchildren.

Danny was so proud of his family and never failed to tell me of their accomplishments. You did your job here on earth for 90 years Danny FAROLE, you will be greatly missed. You can now perform your song in heaven “Mama” in person.

Who was Danny Farole?

For the past 15 years, Farole has been committed to raising funds for the Carbon-Tamaqua unit’s telethon. He and his wife Peggy reside in Nesquehoning. Danny has appeared live on 40 of 42 American Cancer Society Telethons.

After his mother passed away from cancer in 1976, Farole began assisting with the telethon. He added, “You have no idea the depth of the love I had for Buddy Wychulis. He was incredibly talented.

Just a few days before Wychulis passed away on September 21, Farole lost his wife Margaret. He claimed that Buddy was the first to provide flowers after his wife was hospitalized.

He urged the volunteers to continue battling and to show one another love. Cheryl Martuscelli, Wychulis’ daughter, claimed her father could often cure everything, but “one thing he couldn’t fix was cancer.” Wychulis, “always the entertainer, on and off the stage,” was adamant about beating cancer, according to her.

Who was Daniel Quintero? Tragic accident of the 19 year-old young jockey at Tampa bay downs explained