Covishield and Covaxin are the two Primary vaccines are under usage in India. Preliminary data from its 3rd phase of clinical trials indicate that the domestically produced and government-backed Covaxin in India has an efficacy rate of 81%.

The drug regulator in India gave urgent approval to the vaccine in January while the third phase of testing was underway. This led to doubts and questions from experts.

Vaccine maker Bharat Biotech says the latest findings are “an important milestone” in science and our fight against the corona virus.

“With today’s results of our Phase 3 clinical trials, we have now released data on 27,000 participants in Phases 1, 2, and 3 of our COVID-19 vaccine,” the company said.

The use of the Oxford-AstraZeneca vaccine, also known as Covishield, has also been approved in India.

The country launched its corona vaccination program with Covishield and Covaxin in early January. About 15 million people have been vaccinated so far. Priority was given to health and leading field staff in the first phase. In the second phase, which began on Monday, people over the age of 60 and those aged 45 to 59 with other illnesses can be vaccinated.

The government aims to vaccinate 300 million “priority people” by the end of July. Experts say the vaccine supply is slowing down and the target could not be reached if it is not accelerated.

India has been providing vaccines to neighboring countries and other countries. It has shipped tens of thousands of free doses of Covishield and Covaxin vaccines to many countries. This is widely described as “vaccine diplomacy“.

The country has developed into a giant vaccine power. It makes 60% of the vaccines in the world and half a dozen major manufacturers make vaccines here.

How does Covaxin work? 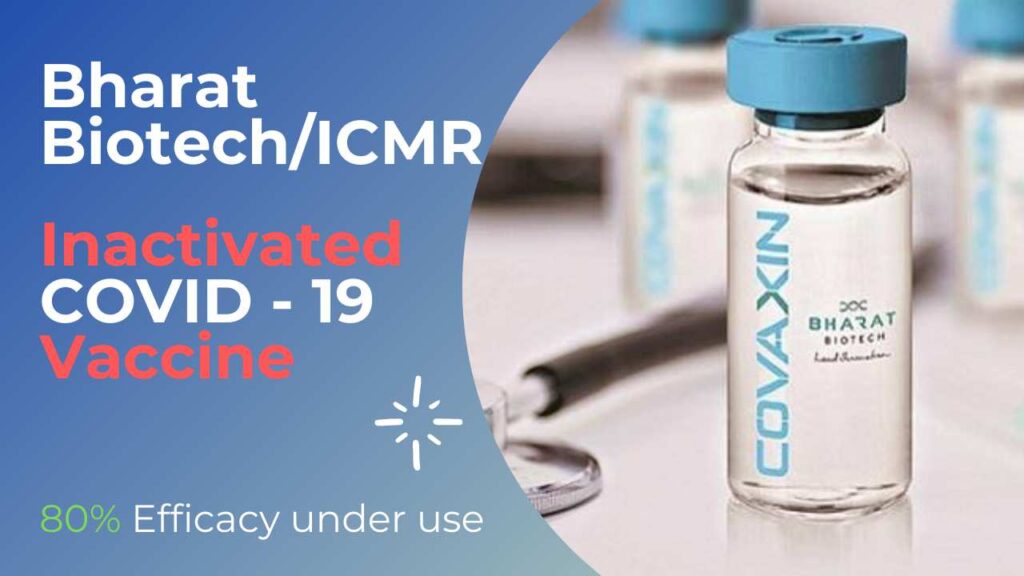 Bharat Biotech, which has been manufacturing vaccines for 24 years, produces 16 types of vaccines and exports them to 123 countries. This is the one that developed Covaxin in collaboration with ICMR and the National Institute of Virology, Pune.

Covaxin is an inactivated vaccine i.e, a dead corona virus is being used which was isolated by the National Institute of Virology, India. Along with the inactivated vaccine an adjuvant known as Alhydroxyquim II used to induce the immune system. This adjuvant is being supplied by ViroVax (US based biotechnology company). As the virus is in inactivated form, it is safe to inject this into the body.

When it enters the body, the immune cells recognize the dead virus. Further infection stimulates the immune system to produce antibodies against the virus. Two doses are given four weeks apart. The vaccine can be stored at temperatures ranging from 2°C to 8°C.

Bharat Biotech claims to have 20 million doses of Covaxin in its possession. It also aims to produce 700 million doses by the end of this year in four manufacturing units in two cities.

The controversy erupted in January when the drug regulator announced that the vaccine would be approved for emergency use in a clinical trial, especially in the face of emerging virus strains, with numerous precautions in the public interest.

While testing a vaccine, experts questioned how it could be approved for emergency use by millions of people. The All India Drug Action Network (which includes several NGOs) said it was confused by the scientific logic behind approving the “incomplete vaccine for testing”. “The lack of performance data raises serious concerns,” it said.

Bharat Biotech had said that Indian medical testing laws allow for rapid accreditation for the use of drugs after the second phase of testing “for the medical needs of acute and life-threatening diseases in the country”.

How does Covishield work? 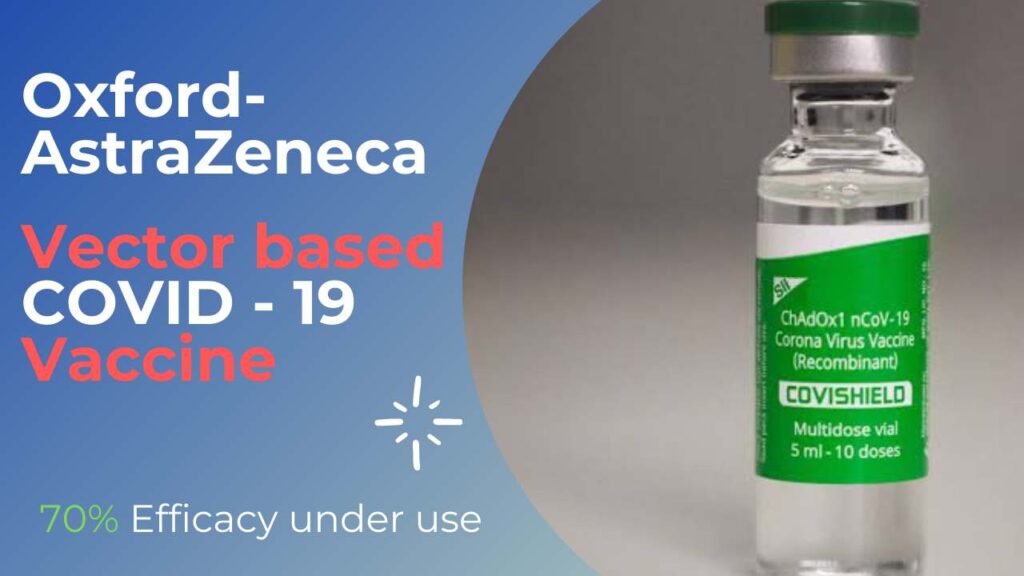 The Oxford-AstraZeneca vaccine is manufactured locally by the Serum Institute of India, the world’s largest vaccine manufacturer. The company claims to produce more than 50 million doses per month.

The vaccine is made from a weaker version of the mucus virus (called Adenovirus) derived from chimpanzees. Adenovirus vector encoding the SARS-CoV-2 Spike (S) glycoprotein has been developed. It does not cause disease.

When a patient is vaccinated, it stimulates the immune system to start producing antibodies and informs it to attack any corona virus infection.

The vaccine is given in two doses between four and 12 weeks. It can be stored safely in temperatures ranging from 2°C to 8°C. This is similar to a domestic refrigerator. And this can be easily paid to the people in the existing health systems in the country.

It is easier to distribute compared to some other vaccines.

The vaccine, developed by Pfizer-Biotech, which is currently being tested in many countries, should be stored at -70 degrees and can only be transported from one place to another a few times. It is very challenging as the summer temperature in India reaches 50 degrees.

How effective is Covishield?

International clinical trials of the Oxford-AstraZeneca vaccine show that its effectiveness reaches 90% when people are given half the dose first and then the full dose.

But there is not enough clear data to recognize the half-dose, full-dose idea.

However, unpublished data indicate that leaving a long interval between the first and second doses increases the overall effectiveness of the vaccine. In a subgroup that was similarly vaccinated, it was found that there was a 70% benefit after the first dose.

Covshield is “very effective” and is confirmed by third-phase test data from Brazil and the UK, according to the Serum Institute (SII), an Indian vaccine maker. Clinical trials are conducted as a three-step process to determine whether the vaccine stimulates good immunity and produces acceptable side effects. But the All India Drug Action Network, a patient rights group, says the manufacturers have not completed a “parallel study” on Indians.

The company had said in February that it was trying to conduct a vaccine co-trial in India. There is no reason to doubt that this vaccine is effective because some experts suggest that in clinical trials already completed, people of different ages and races were included.

Comparison between Covishield and Covaxin

Adverse Effects of Covishield and Covaxin 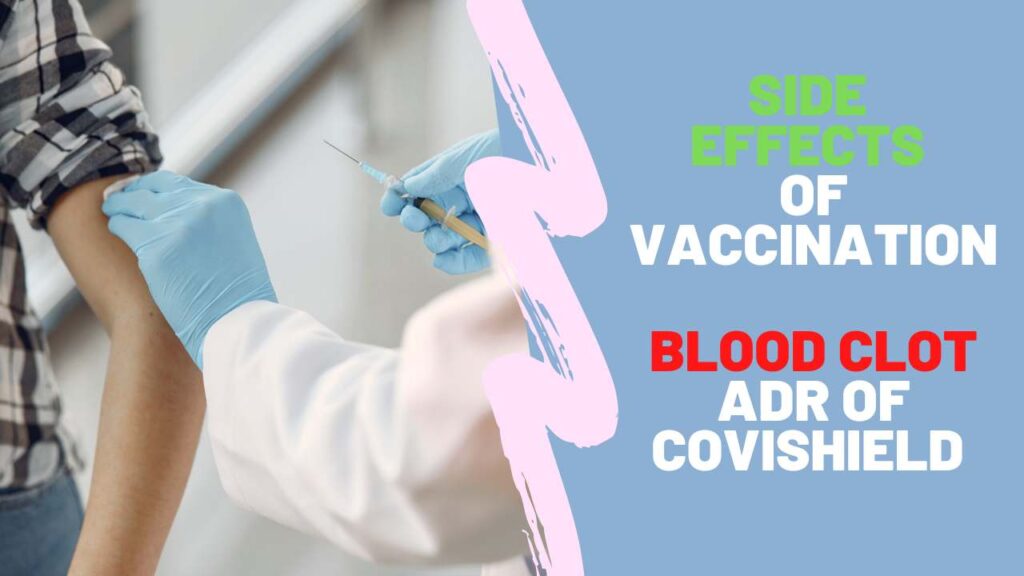 Side effects of 1st dose in most of the cases,

Other minimal side effects may be,

There might not be considerable side effects during the 2nd dose.

Recently many of the European contries have suspended the usage of Covishield shot as they believe there found out chances of formation of life threatening Blood clot after vaccination. On March 15, nearly 5 million people were vaccinated in European countries and 30 people were found with the blood clot in their peripheral blood. One patient died of ischemic effects developed by the blood clot.

But AstraZeneca and WHO claimed that there is no possible evidence for the formation of blood clots in Covishield shots.

Are the two new vaccines developed by India, Covishield and Covaxin safe?

Of course, they are. Before making my first phone call every morning – Airtel announcer makes sure the vaccine is safe !!!

The only question you need to ask is – what if the vaccine is not safe?

If the vaccine is unsafe for some reason – what will be the consequences for Indian manufacturers and the Indian government?

So you see in every country – I see that there will be accountability, so I believe countries should take precautionary measures to ensure the vaccine is safe. If the vaccine turns out to be unsafe, they will know its effects.

Where is the accountability?

In the absence of accountability, I do not know if anyone has taken adequate precautionary measures to ensure that the vaccine is safe.

So if we do not see the PM and his entire cabinet and his entire 356 MPS and all state MLAs getting vaccinated, we will not put the vaccine in my muscles or veins.