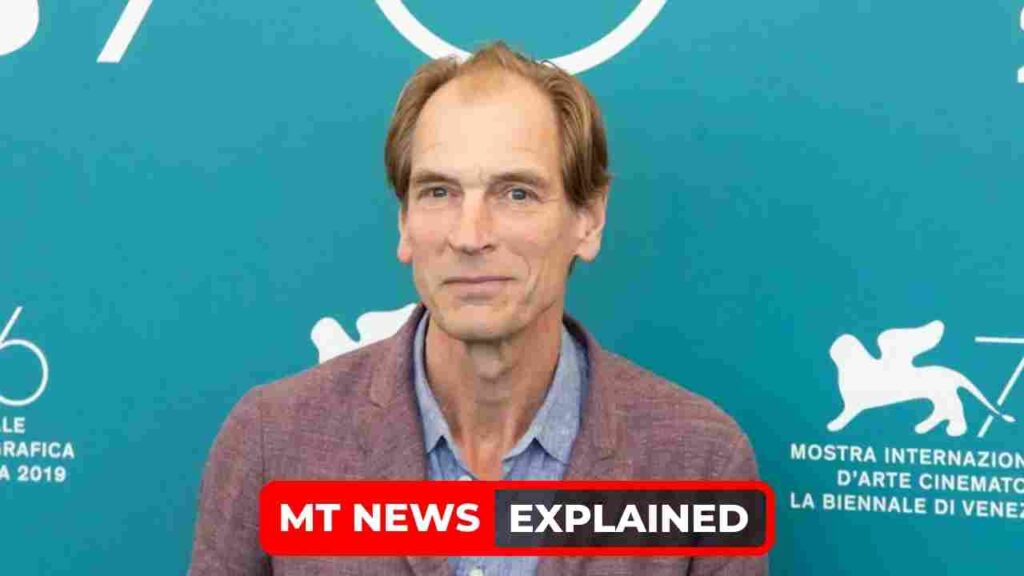 According to the San Bernardino county sheriff’s office, British actor Julian Sands has been reported missing after going trekking in the San Gabriel mountains on Friday. Let’s see what happened to Julian Sands in detail.

What happened to Julian Sands?

On Friday evening, the 65-year-old actor was reported missing in the Baldy Bowl region. Local officials continued their searches over the weekend.

Since a hiker went missing at 7 p.m. on Friday, rescue teams have been looking for him or her in the famous hiking and skiing destination of Baldy Bowl on Mount Baldy, according to sheriff department spokesman Nathan Campos. On Wednesday afternoon, the lost hiker was named by officials.

The search area around Mt. Baldy has been hampered by the harsh winter weather in California. According to Campos, rescue workers on the ground were “taken off the mount on Saturday evening for their safety,” and the search was carried out “by drone and helicopter when the weather permitted.”

“Please know the current conditions on Mt Baldy are adverse and extremely dangerous,”

“Due to the high winds, the snow has turned to ice making hiking extremely dangerous. Sheriff’s Search and Rescue efforts are often hampered by poor weather along with dangerous avalanche conditions.”

Authorities warn the public to avoid the region because there is a serious avalanche risk there. Rescue teams want to continue a ground search as soon as the weather improves, he said.

“It’s extremely dangerous, and experienced hikers are having a hard time getting through there.”

British actor Julian Sands has been identified as the hiker reported missing in southern California’s San Gabriel Mountains. Sands had been in the Baldy Bowl hiking region, which is 50 miles east of Los Angeles. He is well-known for his parts in the movies Warlock, Leaving Las Vegas, and A Room With A View as well as for his TV roles in Banshee, Smallville, and 24.

Fox 11 reported that a car has been found by the crew. It is believed that it belongs to Julian Sands.

A spokesperson for the department said,

“On Friday, January 13, at about 7:30 pm, a hiker, identified as 65-year-old Julian Sands of North Hollywood was reported missing in the Baldy Bowl area,”

“Sheriff’s Department Search and Rescue crews responded and began a search. Because of avalanche risks and trail conditions, the ground crews were pulled off the mountain on Saturday evening.”

Authorities are also looking for Bob Gregory, a California hiker from Hawthorne who went missing on Monday in the San Gabriel Mountains, according to ABC News.

Who was Julian Sands?

Yorkshire-born Sands has spent decades building a diverse career in the entertainment industry. He has played a variety of roles in movies and television shows, and he and his wife, the author Evgenia Citkowitz, have lived in the Los Angeles region for many years. His offspring number three.

“in the early 90s, in the Andes, caught in an atrocious storm above 20,000ft with three others. We were all in a very bad way. Some guys close to us perished; we were lucky.”

Other Missing Reports in that Mountain

The force reported that over the previous four weeks, its search and rescue teams had responded to 14 requests on Mount Baldy and in the neighborhood.

The San Bernardino County Sheriff’s Department has advised hikers to use caution when navigating the area since winter weather on Mount Baldy can create “dangerous conditions.”

In “extremely dangerous” circumstances, two hikers died on Mount Baldy in the space of four weeks. Two persons have recently died while attempting to climb the same mountain range, one of Los Angeles’ most well-travelled hikes.

Crystal The ‘dancing hiking queen’ Paula Gonzalez, a mother of four, is said to have slipped and fallen 700 feet down the Baldy Bowl. Gonzalez was located “down on a steep and snowy hillside, surrounded by other helpful hikers assisting in any way they could,” according to an incident report. A helicopter was promptly deployed to the scene.

Jarret Choi, 43, of Los Angeles, fell on December 28 while hiking the Ice House Canyon trail close to the Ice House Saddle ridge line. After a two-day search that was impeded by the bad weather, he was located.

And on December 17, when it was difficult to travel due to the ice conditions, four people had to be evacuated by helicopter off the mountain.

Fans and Friends are hoping for the best and praying for Sands while sending good vibes to the family. Hope it brings some little measure of consolation till Sands is found.