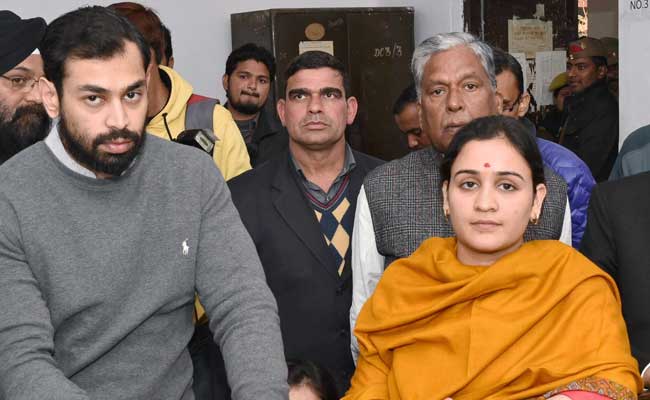 Aparna Yadav and Akhilesh Yadav: Aparna Yadav, the daughter-in-law of former Uttar Pradesh Chief Minister Mulayam Singh Yadav, is expected to join the BJP today, according to a top BJP source. If Ms. Yadav joins the BJP, it will be a major setback for the Samajwadi Party only weeks before the state elections.

In a tit-for-tat move after the ruling party suffered a setback last week when three UP ministers and several MLAs defected to join forces with Akhilesh Yadav, Haryana BJP in-charge Arun Yadav tweeted in Hindi on Tuesday night: “Aparna Yadav, the wife of Mulayam Singh Yadav’s younger son Pratik, will join BJP tomorrow in the presence of Yogi Adityanath.

Mulayam Singh Yadav’s son, Akhilesh Yadav, has emerged as a major opponent to the governing BJP in the upcoming UP elections. He has also won the support of numerous opposition groups, including Mamata Banerjee’s Trinamool Congress and Sharad Pawar’s Nationalist Congress Party, which are attempting to form an anti-BJP coalition ahead of the 2024 Lok Sabha elections.

Ms. Yadav was contacted by a news channel for confirmation. She read a WhatsApp message but has yet to receive a response.

The young politician ran for the Samajwadi Party in the 2017 state election from Lucknow Cantt, finishing in second behind Rita Bahuguna Joshi, who had left the Congress to join the BJP at the time. Aparna is the founder of beware, a women’s advocacy group that also manages a cow refuge in Lucknow. Ms. Yadav has already made headlines for supporting Prime Minister Narendra Modi’s “development projects.”