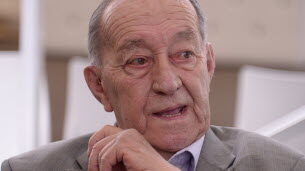 Aime Mignot died on the night of Friday to Saturday.

He was 89 years old. Aime Mignot died on the night of Friday to Saturday.

Aime Mignot Cause of death: He died following peritonitis.

France of football salutes his memory, and in particular the supporters of Olympique Lyonnais where he acquired the status of legend of the club.

Who was Aime Mignot?

Aimé Mignot, defender, first wore the colors of OL between 1955 and 1966. He played 425 games with Lyon, and became team captain. His only goal scored in his entire career had been very important: scored in Hamburg in the first leg of the Cup Cup quarter-final, he had allowed OL to draw and qualify for the second leg.

The sportsman from Aix-en-Provence then went on the bench. As a coach, he guided OL between 1968 and 1976. Never has a coach been in post at Lyon for so long.

On his record, a Coupe de France won in 1973 against Nantes. He had also won this trophy nine years earlier as a player.

Aimé Mignot, who had been replaced by Aimé Jacquet, then trained Angers, Alès before taking an interest in women’s football. We often talk about the work of Jean-Michel Aulas in this area, but Aimé Mignot was one of the precursors. He was the coach of the French women’s team for 10 years, from 1987 to 1997.