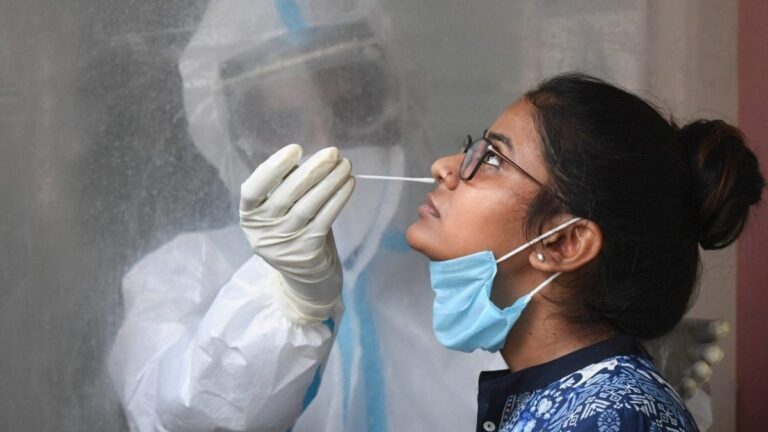 There were 26 new Omicron cases across the country on Friday, compared to 14 on Thursday. There were 12 cases on Tuesday and Wednesday.

With 30 new Omicron variant infections found across India on Saturday — 12 in Telangana, eight in Maharashtra, six in Karnataka, and four in Kerala — India witnessed the biggest single-day increase in cases of the extensively modified virus for the third consecutive day, bringing the national tally to 145.

On Sunday, health officials in Uttar Pradesh announced that the state had identified its first two cases the day before (on Saturday), when a couple in Ghaziabad tested positive. “A contact tracing of over 100 persons was undertaken, and no more diseases were discovered,” said Amit Mohan Prasad, UP’s additional chief secretary.

Officials said the 12 additional cases identified in Telangana were all among overseas travelers, and that reports of genome sequencing of samples from three more are pending. “6 people arrived from Kenya, 2 from Somalia and the United Arab Emirates, and 1 from Ghana and Tanzania,” local officials stated.

Officials in Maharashtra reported eight new Omicron infections, with 28 of them previously recovered. Four of them were found in Mumbai airport flyers, three of which had arrived from African nations and one from the United Kingdom. Three other people were a couple from Satara, Maharashtra, and their 13-year-old daughter, who had just returned from Uganda. Officials claimed the final was a 17-year-old girl from Pune who made history alongside another foreign tourist.

Meanwhile, officials in Karnataka claimed that one of the six cases identified on Sunday was a traveler returning from the United Kingdom, while the other five were found in two clusters in the Dakshina Kannada district.

[…] 30 more cases of the Omicron strain have been reported, bringing the India national tally to 145 […]