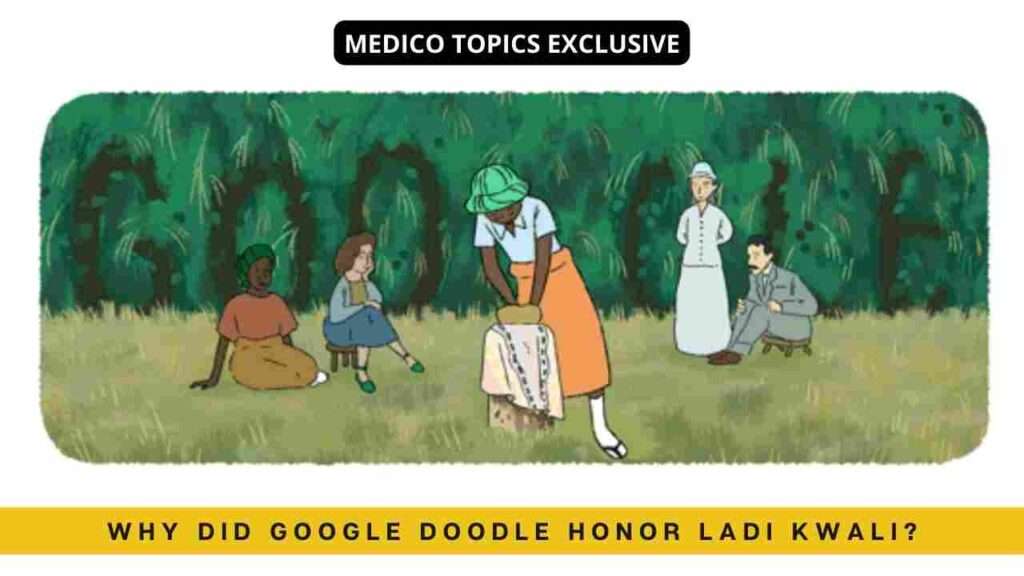 For the contributions made in life to the art and culture of her country, the Nigerian artist Ladi Kwali was honored by the technological giant Google through her already classic web animation. Let’s see Why is Ladi Kwali famous.

In recognition of her life and work, this March 16, Google launched a doodle in tribute to Ladi Kwali, a Nigerian potter, noted for promoting and disseminating the art learned by her family through different generations. With a series of slides that show Kwali teaching the ceramic work process, it seeks to represent what the artist meant to her community and to her country: a symbol of Africanness and African idiosyncrasy.

This tribute coincides with the fifth anniversary of the opening of an exhibition of Kwali’s work at the Skoto Gallery in New York on March 16, 2017. “Here’s to you, Ladi Kwali! Thank you for giving a unique touch to a traditional craft and sculpting a place for future generations of women artisans”, were the words that Google dedicated to the memory of the artist.

Who was Lady Kwali?

Born on an unknown date in 1925, Kwali was a potter artist who inherited the talent of her family, a long line of master potters who taught Kwali the secrets of her art. One aunt, in particular, was essential to the development of her talent. and he was the one who guided the first steps of the artist in pottery until little by little she developed her own style.

Why is Ladi Kwali famous?

Discovered his talent by people of economically privileged position, it was they who exhibited his work. So in 1954, Kwali joined the Abuja Ceramics Center, where she made history as the first Nigerian woman to study advanced pottery techniques. This allowed him to develop a new type of work, where he fused his traditional style with zoomorphic illustrations.

Her dedication led her to be one of the most representative figures in Nigeria, for which she received multiple recognitions as a member of the Order of the British Empire and the Order of Niger. In addition, she received a Ph.D. from Ahmadu Bello University in 1977 and the Nigerian National Order of Merit Award in 1980.

Died August 12, 1984, the art of Kwali served as an inspiration for the potters of his country, which still carry on his legacy to this day. On the other hand, the government of his country arranged for his effigy to be placed on the twenty Naira bills, the national currency of Nigeria, as a way of rewarding his effort and the talent of his hands, which made known what Nigeria could contribute to the world.

Get the latest news on our Medico topics Twitter.

3 thoughts on “Why did Google Doodle honor Ladi Kwali? Why is Ladi Kwali famous?”