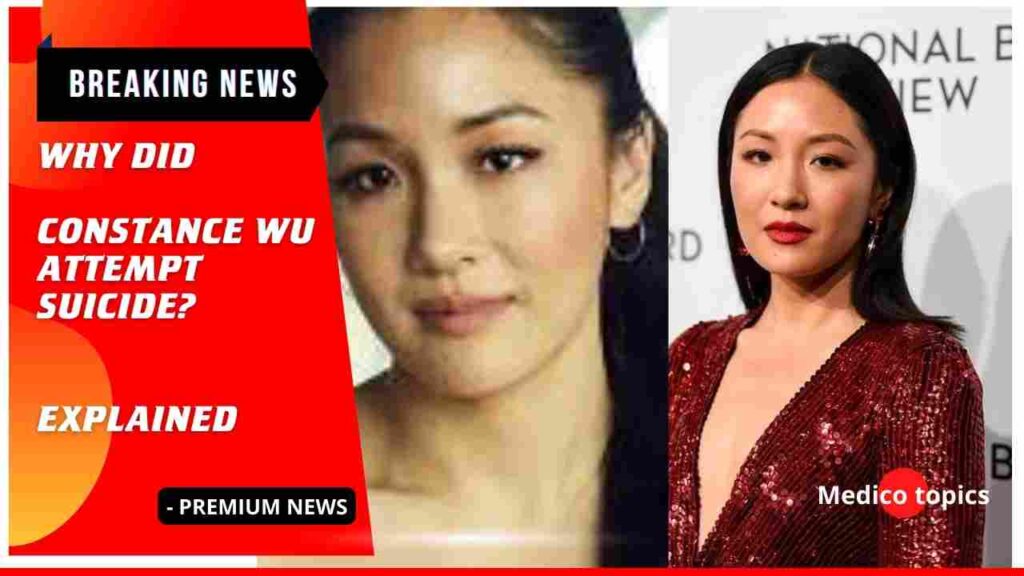 Constance Wu is an American Actress. Wu was listed as one of the top 100 global influencers in 2017 by Time magazine. Let’s see why Constance wu committed suicide and, the reason for her suicide explained.

Constance Wu was born and reared in Richmond, Virginia. Her father is a college professor, and her mother works as a computer programmer. They are both Taiwanese immigrants.

Constance was active in the Richmond community theatre scene as a child. She relocated to New York City at the age of 16 to attend the renowned Lee Strasberg Theatre Institute, and she has been quite active ever since.

She worked in classical theatre in New York before immediately switching to the film industry. She quickly made appearances in several Sundance Feature Films, such as Stephanie Daley (2006) and Year of the Fish (2007).

Her experience in theatre and film helped her secure a position in another Sundance Feature, Sound of My Voice after she relocated to Los Angeles in 2010. (2011). She was chosen in 2014 to play Jessica Huang in the 2015 ABC comedy series Fresh Off the Boat.

It is set in the 1990s and centers on a Taiwanese family that relocates to a suburban area of Orlando; it is based on Eddie Huang’s memoir. Wu likes playing the piano, reading, camping, and long-distance running.

Constance Wu has spoken out about her 2019 suicide attempt after a three-year social media silence. She claims that the attempt came after criticism of her tweets in response to the continuation of her popular comedy,

Actress Constance Wu said on Thursday that she came dangerously close to committing suicide in 2019 after receiving intense abuse on social media over a string of tweets she sent out in protest at the renewal of the ABC show “Fresh Off the Boat,” on which she was a star at the time.

She tweeted “fucking hell” and “actually crying” after the sixth season’s announcement in May 2019, which infuriated some fans who saw it as a blow to Asian American representation.

(The program followed an Asian American family in the 1990s and was based on Eddie Huang’s memoir of the same name.) Wu later apologized for her “insensitive” remarks and explained that the renewal prevented her from working on any other projects. She later made an appearance in the sixth and last season of Fresh Off the Boat.

She made on the renewal of her ABC series Fresh Off the Boat for a sixth season. She commented on Thursday, “I haven’t used social media in almost three years.

I must admit that I’m a little frightened, but I’m dipping my toe back in to say that I’m here and that while I was away, I authored a book called Making a Scene.

It’s difficult to talk about this aspect now. But I was hesitant to use social media again since, three years ago, when I sent a few careless tweets about the renewal of my TV program, they sparked controversy and some very serious internet shaming. As a result, I nearly lost my life.

I felt terrible about what I’d said, and after receiving a few direct messages from another Asian actress accusing me of defiling the Asian American community, I began to believe that I didn’t even deserve to live.

That AsAms would be better off without me and that I was a shame to them. It seems unbelievable looking back that a few DMs managed to persuade me to commit suicide. Fortunately, a friend came to the rescue and rushed me to the ER.

She went on to talk about how the event caused her to “reassess” her life and put more of a focus on her mental health, a subject she said Asian Americans “don’t talk about enough.” Wu claimed to have received “a lot of therapy.”

While we’re eager to applaud victories in representation, she noted that there was a lot of avoidance in her community of difficult subjects. Wu claimed that she wrote a book in her spare time to assist others in “talking about the difficult issues” and finding healing.

Wu stated, “Although I’m terrified, I’ve decided that I owe it to myself of three years ago to be brave and tell my story in the hopes that it could help someone with theirs. Making a Scene, her novel will be released in October.

During her break, Wu wrote a book titled “Making a Scene.”

“We need to let all of ourselves be seen, including the parts we’re afraid of or ashamed of—parts that, despite being imperfect, deserve care and attention. If we want to be seen, really seen. And when we do, we need to stop criticizing one another and ourselves.

The upcoming book the “Crazy Rich Asians” actress penned while on leave is “not always the most favorable representation,” she acknowledged. But she added that it was “as honest as I could be.” “The fact is, I’m not graceful, poised, or faultless.
I feel sensitive. I make a lot of mistakes!” she exclaimed. “I feel OK enough to return on here after taking a little break from Hollywood and receiving a lot of therapy” (at least for a little bit).

And even though I’m terrified, I’ve decided that I owe it to me from three years ago to muster the courage to tell my experience in the hopes that it will inspire someone else to do the same.