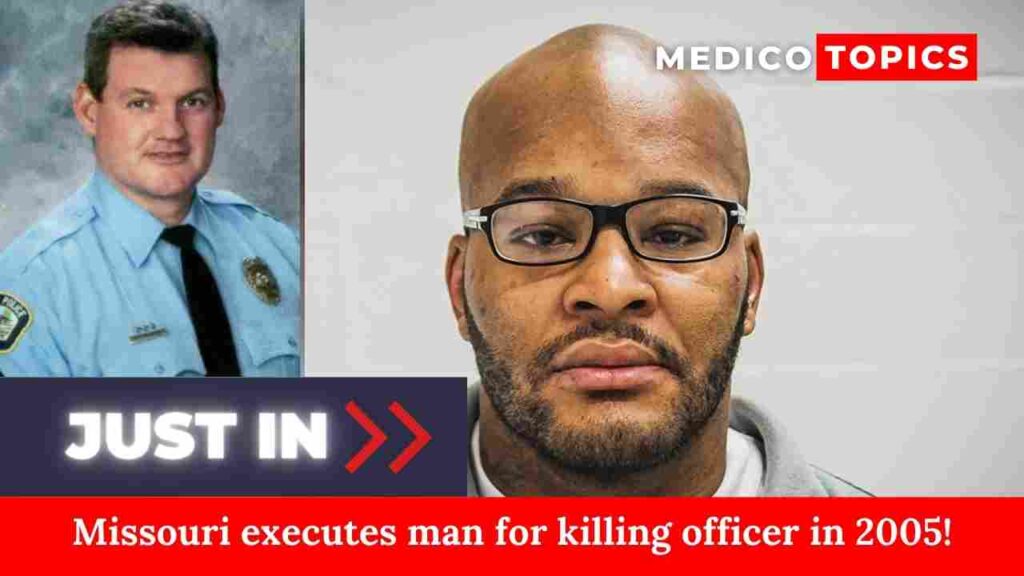 In 2007 Johnson received a death sentence for the murder of a Kirkwood, Missouri, police officer. Let’s see Who Kevin Johnson was and Why was he sentenced to death for committing a murder at 19 in detail.

Who was Kevin Johnson?

Kevin Johnson, who murdered a police officer in Kirkwood, Missouri, in 2005 but claimed racial bias in his trial, was put to death by lethal injection on Tuesday night.

At 7:40 p.m. CT, Johnson, 37, was pronounced deceased.
According to Karen Pojmann, a spokeswoman for the Department of Corrections, he didn’t make a closing statement. 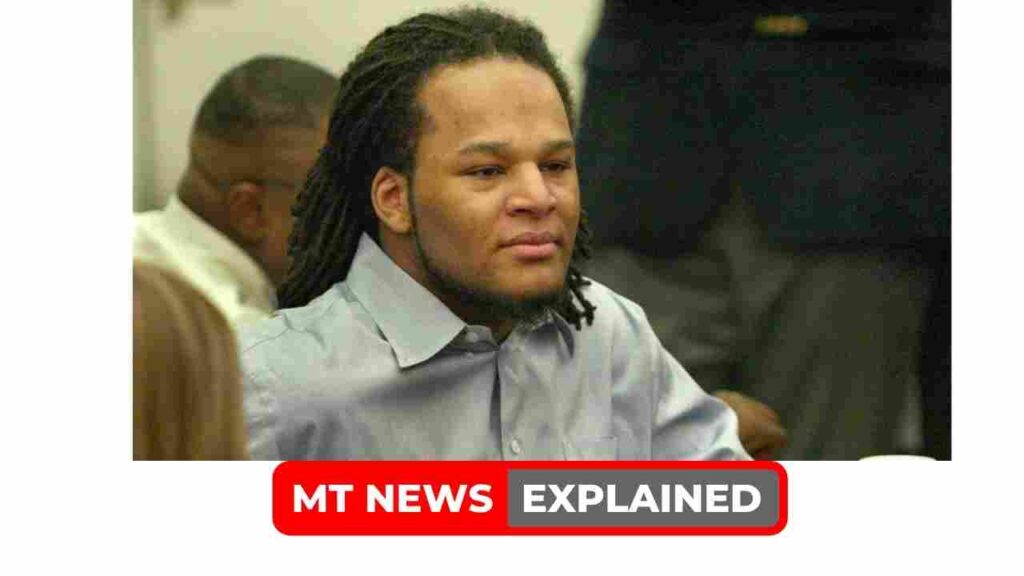 Kevin Johnson at Clayton Courthouse in 2007, in Clayton, Missouri.

According to her attorneys, Johnson shot and killed Kirkwood Police Sergeant McEntee when he was 19 years old, the same age his daughter is now.

Court documents show that Johnson’s 12-year-old brother passed away earlier on the same day of the murder following a seizure at their home.

To serve Johnson with a warrant for breaking his probation, police were present at the time of the seizure.

For his brother’s passing, Johnson pointed the finger at the cops, notably McEntee.

And hours later, as McEntee was attending to a report of fireworks in the area, Johnson approached the sergeant’s patrol car, accused him of murdering his brother, and then started shooting. 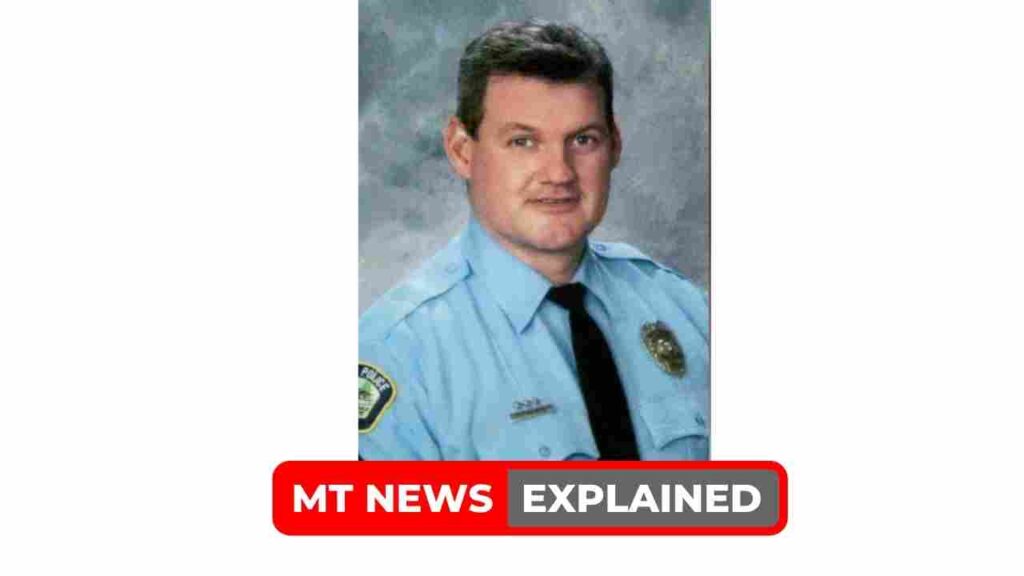 According to Officer Down Memorial Page, McEntee was 43 years old and had served with the Kirkwood Police Department for 20 years. He left behind a wife, a daughter, and two sons as members of his family.

The day her father will be executed was something RAMEY didn’t discuss with her father.

“It was too uncomfortable for me.”

In 2007, when she was just 4 years old, her father, Kevin Johnson, was transferred to Missouri’s execution row.

She used to visit him when he was a kid at the Potosi Correctional Facility, which is about an hour and a half from St. Louis.

Together, they played Scrabble and snapped Polaroid pictures that could be bought for $1 each.

Johnson contacted Ramey on January 1, 2022, when she was 18, sounding different.
She remarked, implying that he might not be around for long,

“He was kind of like giving hints to me.”

She felt uneasy during the chat.

It was obvious that he was attempting to get her ready for the execution date.

Ramey learned she was pregnant later that evening.

Ramey had graduated early from high school with his support and was pursuing a career as a nurse, so she was afraid about upsetting her father.

She had worn a T-shirt  with  a  picture  of  her  father,  together  with  her  maternal  grandmother and mother, who had been killed in front of Ramey just months before Johnson was found guilty, underneath her crimson graduation gown.

Ramey received a call from her aunt in the latter part of August. She informed Ramey that her father had been given a date for his execution and forewarned her that the news would be all over it.
A little while afterward, Johnson called. He told her,

“They came and got me and told me to pack all my stuff.”

His execution was scheduled for November 29.

After just two weeks, Ramey gave birth. She shared baby photos of herself, her father, and her son, Kaius, on Facebook. 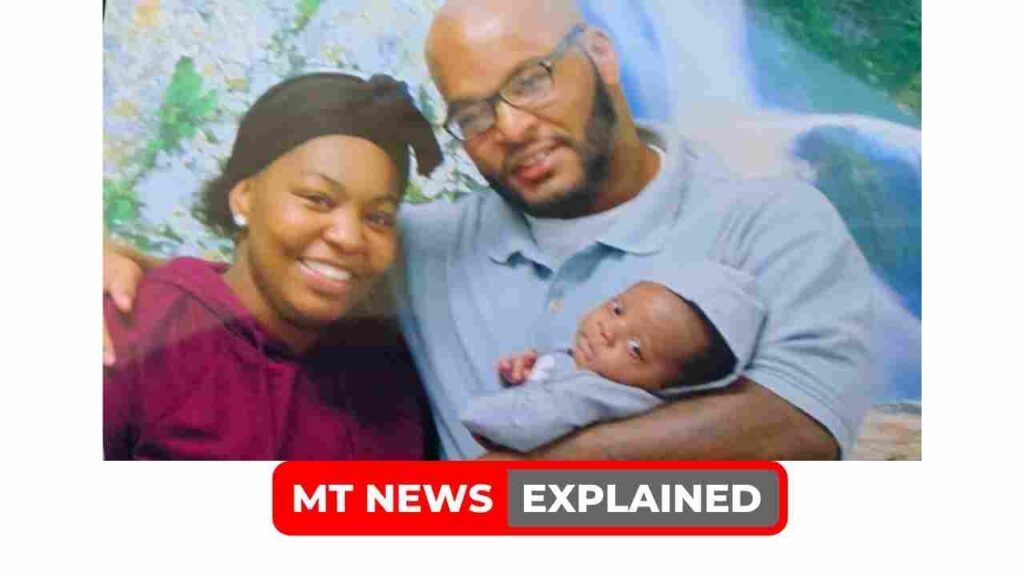 A federal court has denied a request by Corionsa Ramey, left, to witness the execution of her father Kevin Johnson, center, on Tuesday.

She took him to visit Johnson in October, allowing him to touch his grandchild for the first time.
Ramey remarked,

“That was a very special time.

Khorry Ramey, Johnson’s 19-year-old daughter, requested permission to attend her father’s execution on Friday, but a federal judge turned down her plea.

Ramey had contended that Missouri’s rule mandating that execution witnesses be at least 21 years old is unreasonable and violates both her right to equal treatment under the law and her First Amendment freedom of association.

However, U.S. District Judge Brian Wimes decided that the state’s age restriction has a valid justification, including keeping children from witnessing death and upholding the seriousness and dignity of the execution.

Meanwhile, the 37-year-old Johnson’s legal team claimed in court documents that racial prejudice was a factor in his prosecution, citing “long-standing and pervasive racial bias” in the way St. Louis County prosecutors “handled this case and other death-eligible prosecutions, including the office’s decisions of which offense to charge, which penalty to seek, and which jurors to strike” in their motion for a stay.

Even though a special prosecutor found that racism was a "decisive factor" in Kevin Johnson's death sentence and that it should be vacated, he was executed tonight in Missouri.

Here's a statement from his laywers: pic.twitter.com/Pqx4h95CHV

Four of the five defendants who were being prosecuted for the murder of a police officer while in the line of duty were Black, all of whom requested the death penalty, while the fifth defendant was White.

According to Johnson’s request, the prosecutor allowed Black defendants to present mitigation evidence that might convince the office not to seek the death penalty but not in the case of a White defendant.

They also cited a study of 408 homicide cases that qualified for the death sentence during the prosecutor’s term by a political scientist at the University of North Carolina, which revealed that the office primarily sought the death penalty when the victims were White.

A special prosecutor who was assigned to the case last month after the St. Louis Prosecuting Attorney’s Office raised a conflict of interest seemed to back up such assertions.

In his plea for a stay, the special prosecutor, Edward E.E. Keenan, stated that he had “found that racist prosecution practices tainted Mr. Johnson’s conviction and death sentence.”

“Clear and convincing evidence of racial bias by the trial prosecutor.”

A stay was opposed by the Missouri Attorney General’s Office because the claims were unfounded.
The AG’s office said in a brief that the special prosecutor’s “unproven claims” do not constitute an admission of guilt by the state, which upholds the conviction.

The brief stated that “the McEntee family has waited long enough for justice and every day they must wait is a day they are denied the opportunity to ultimately find closure with their loss.”

After serving for 27 years, Bob McCulloch was elected out of office in 2018. He has denied treating Black and White defendants differently.

“#KevinJohnson is more than the worst mistake he ever made. He has dedicated himself to his healing, wholeness, and being the best father he can be. Khorry has already lost one parent, please help save her father who is scheduled to be executed TOMORROW!”

“We speak his name loudly. We send every ounce of love and strength to his family. May they feel our love in this dark hour. Today should not be the day a man loses his life. #KevinJohnson”

Missourians for Alternatives to the Death Penalty tweeted,
“#KevinJohnson is a light that will not be dimmed. We surround him and his family in support today.”

How did Ernie Walker die? Last Rat of Tobruk and Kokoda vetran cause of death explained