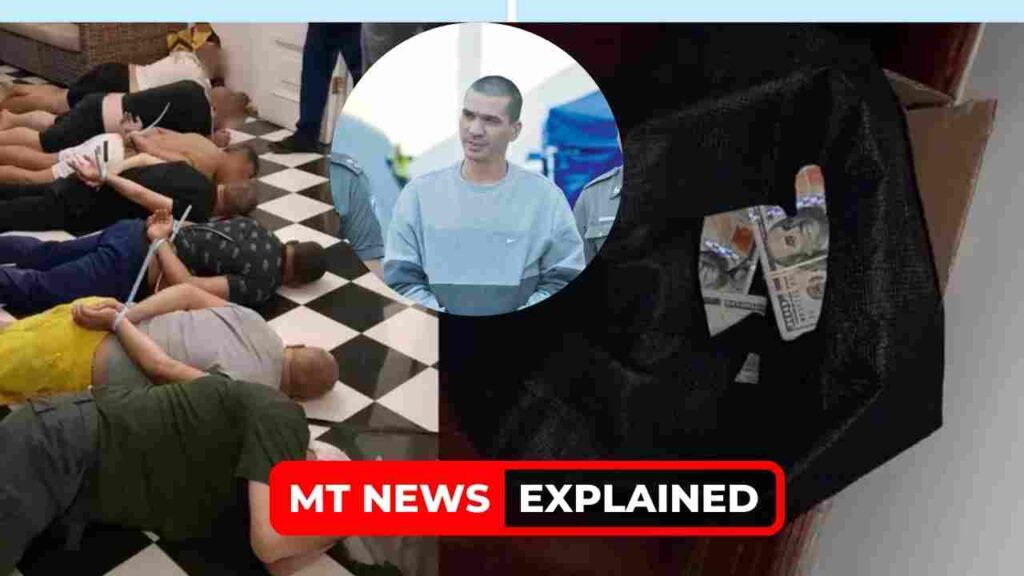 Who is Abergil Organisation leader?

South African Police stated, The wanted criminal was apprehended alongside seven others at a residence near Bryanston. Since 2015, the Israeli gangster has been listed on Interpol’s “Red Notice.”

The police arrested the suspect Because the suspect is a wanted man in Israel for attempted murder and murder conspiracy. He is a member of a criminal gang called the Abergil Organization.

Abergil Organisation is a gang that has been listed on Interpol’s Red Notice list since 2015. A Red Notice list instructs law enforcement agencies around the world to find and temporarily detain a suspect pending extradition, surrender, or other legal action.

Abergil was one of the top six organized crime organizations in Israel. It is one of the top 40 drug smugglers to the United States. The Israeli investigators say that the Abergil gang engages in drug trafficking, extortion, and other criminal acts. Throughout 2003 and 2004, this wanted person was engaged in criminal activities.

Abergil had conflicts with Ya’akov Alperon and other prominent members of the Israeli underground in addition to Rosenstein. Alperon allegedly gave the order to strike Abergil in 2008 and would perish in a vehicle bombing on Yehuda Ha-Maccabi Street in Tel Aviv before the year was out. An associate of Abergil’s was found guilty in Case 512 of plotting to kill another local foe, crime leader Asi Abutbol.

Why did the police arrest the Abergil Organisation leader?

Police arrested the Abergil gang leader and 7 others, as the gang has been listed on the Red Notice list from 2015 onwards. Moreover, this criminal gang was engaged in many criminal acts in Israel.

In two different incidents in 2003 and 2004, this wanted person allegedly planted an explosive bomb beneath a man’s vehicle in Israel. As the result, Five persons were seriously injured in the initial blast but miraculously survived. The suspect attempted to do the same thing with the same victim in the second incident, where he planted a bomb on top of a vehicle. Three other people were also seriously injured in this tragedy.

How did the police capture the suspects?

The suspect and seven other people were discovered during an early-morning raid on a known home in Bryanston by the squad. Twelve weapons were recovered, including five assault rifles and seven pistols. Also, police seized $40,000 and three possibly stolen motorcycles. The entire cast is present on the scene where the investigation and search warrant is being executed, police said.

How did Kymberly Herrin die? Ghostbusters star cause of death Explained