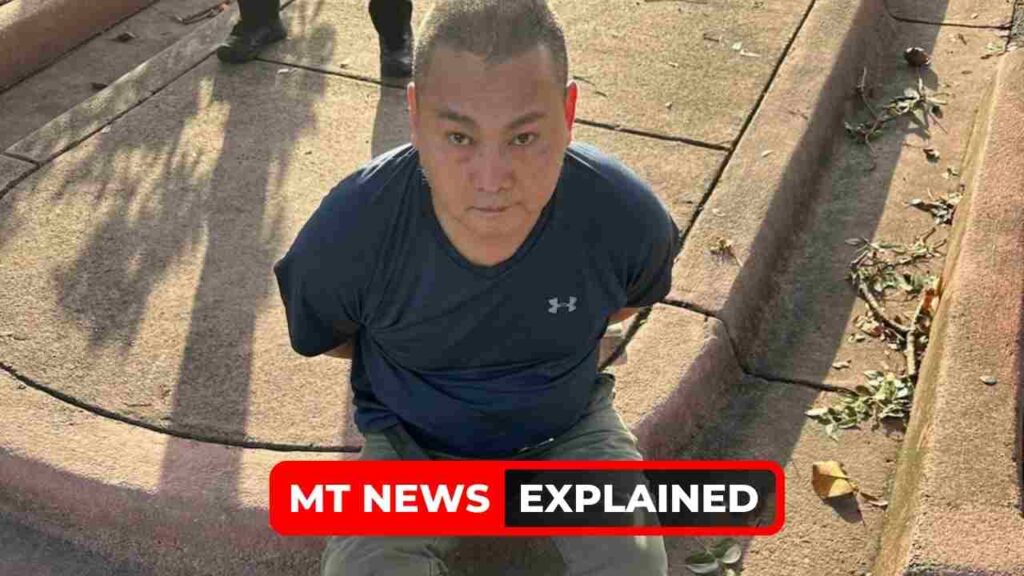 The man who was sought after in an Oklahoma homicide was apprehended on Tuesday in South Florida. Let’s see about the Oklahoma murder incident and the suspect Wu Chen in detail.

Who is the suspect in Oklahoma murder case?

Wu Chen, a 45 year old man was detained in Miami Beach just before 4 p.m. after a tag reader alerted authorities to his vehicle. According to investigators, Chen kept five individuals hostage at a marijuana farm in Oklahoma over the weekend before executing four of them. A fifth individual was harmed but survived.

Authorities revealed Tuesday night that a person wanted for questioning in connection with a quadruple homicide investigation in Oklahoma has been detained in Florida.

How did the police captured the suspect?

Wu Chen was recognized as the suspect in killing 4 people. The Oklahoma State Bureau of Investigation (OSBI) has been able to confirm that a suspect is in custody for their alleged involvement in the murders of four people in Oklahoma, according to a news release from the OSBI.

According to KOKI, a car tag scanner detected Chen’s vehicle and alerted the Miami Beach Police Department to an OSBI warrant, leading to Chen’s arrest. Just before 4 p.m., Chen was detained and sent to the Miami-Dade County Detention Facility. Chen was taken into custody without a hitch and is now awaiting extradition to Oklahoma. Chen is accused with murder and shooting with the intent to kill, according to OSBI.

The Oklahoma Bureau of Narcotics and Dangerous Drugs Control is also looking into the allegations, according to the AP.

Four Chinese people were killed in the marijuana farm in Oklahoma. After receiving a call about a hostage scenario close to the town of Hennessey, 55 miles north of Oklahoma City, authorities searched the area and discovered the bodies.

Oklahoma permits medical marijuana. However, if the farm had a license is unknown. There were “many staff” inside the facility when the suspect allegedly broke in at 17:45 local time (23:45 GMT) on Sunday, according to the police.

According to the Oklahoma State Bureau of Investigation, he remained “within that building for a significant amount of time before the executions occurred.” Three males and one lady were killed at the 10-acre property. Another Chinese national, the fifth casualty, was evacuated to the hospital with unidentified wounds. The families of the victims have not yet.

What happened in Oklahoma’s Marijuana farm?

The property was listed for sale in May for $999,999 and is characterized in the listing as 10 acres with 5,000 square feet of growing space and 50 temporary greenhouses, or hoop houses.

According to a neighbor, Brandon Walker, the area was formerly a dairy farm but was recently purchased by an investment firm, which later sold it again before being turned into a grow facility.

Since medical marijuana use was approved by Oklahoma voters in 2018, more than 10,000 businesses have received licenses, and 1 in 10 citizens now have cards allowing them to purchase the drug.

Gov. Kevin Stitt signed a law in May that temporarily prohibits the issuance of new processing and dispensary licenses. The action was taken as a result of politicians’ claims that commercial operations, including those involving out-of-state and foreign growers, were abusing the state’s residency laws and its meagre enforcement capabilities.

Law enforcement officials have documented a spike in black market operators using suspected human trafficking victims, especially Chinese nationals, to cultivate and trim marijuana supplied in legal dispensaries. However, the condition of the grow operation where the quadruple homicide happened is still unknown.

Quadruple murder on a marijuana farm in Oklahoma. What is really going on out there in the world? #oklahoma #truecrime

Kingfisher County OK amid an OSBI Investigation due to quadruple murder on marijuana grow operation amid cattle ranching country. The alleged suspect is NOT in custody but is not thought to be in the area.

Also to all the republicans who blame crime on democrats, are you going to talk about how the murder rate in Oklahoma (a red state) is higher than it is in New York or California?

how did Vic Carrabotta die? Marvel comics artist cause of death explained

How did John Veltheim die ? Founder of Body Talk system cause of death Explained