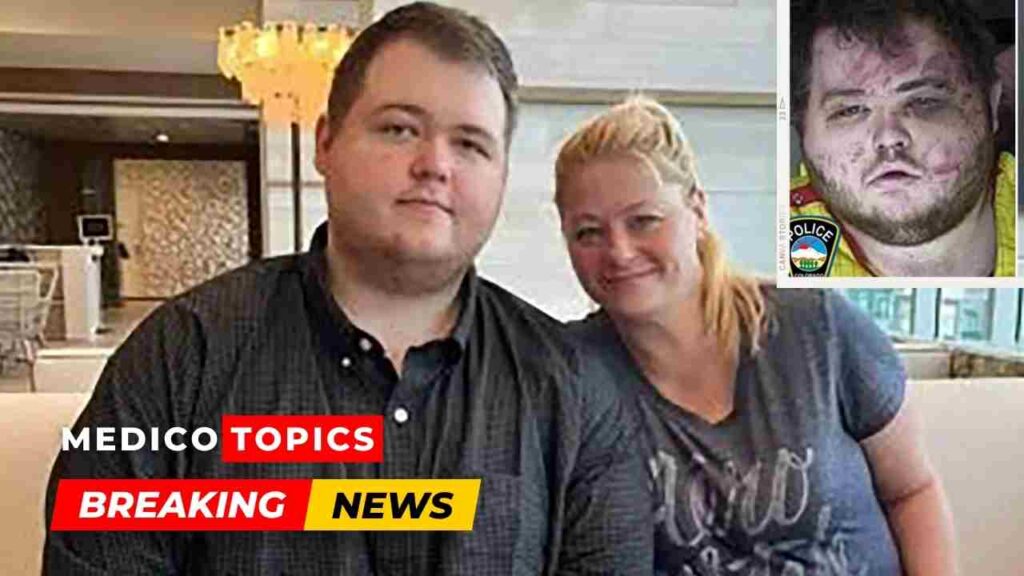 Mx. Aldrich, who is responsible for the mass shooting at a Colorado Springs LGBT bar is nonbinary, according to the suspect’s defense team in court files. Let’s see what is non-binary and why the Colorado gay club Q shooter is non-binary in detail.

The phrase “non-binary” or “genderqueer” refers to gender identities that fall outside of the traditional male-female duality.

Although some non-binary persons do not consider themselves transgender, non-binary identities belong under the transgender category since non-binary people often identify with a gender that is different from their assigned sex.

People who are non-binary may identify as a middle or distinct third gender, more than one gender, no gender (agender), or have a changing gender identification (genderfluid). Sexual or romantic orientation are distinct from gender identity; non-binary people can have a variety of sexual orientations, just like cisgender people.

Additionally, intersex is not the same as being non-binary; the majority of intersex individuals identify as either male or female. The gender expressions of non-binary people as a whole vary, and others may reject gender identity altogether.

As with trans men and trans women, some non-binary individuals receive medical treatment for gender dysphoria through hormone therapy or surgery.

Who is Mx. Aldrich?

Anderson Lee Aldrich, a suspect, was ordered to be held without bond after making an appearance on camera from prison. The suspect Aldrich is identified as non-binary.

Public defenders refer to Anderson Lee Aldrich as “Mx. Aldrich” in several typical motions they submitted on his behalf on Tuesday.

District Attorney Michael J. Allen stated during a press conference held outside of the courthouse that “the suspect’s gender identity would not change how he would approach the case or whether he would bring charges for hate crimes.”

“I’m looking at the evidence,” he said. “That’s what we look at when we make filing decisions.” The motivation for the attack has not been disclosed by the prosecution.

Is the suspect a Non-binary?

In court documents made available to the public late on Tuesday, the public defenders defending the alleged gunman revealed that their client identified as nonbinary and used they-them pronouns. According to a footnote in the documents, their client “shall be referred to as Mx. Aldrich for any formal filings.”

Mx. Aldrich, who was beaten into submission by Club Q patrons during the shooting on Saturday night, was set to appear in court. He appeared for the first time Wednesday via video from jail. Investigations into the shooting’s motivation are ongoing.

At a hearing on December 6, the suspected shooter—who is now detained on suspicion of first-degree murder and hate crimes—is anticipated to be formally prosecuted.

Requests for comment from the suspect’s attorneys went unanswered. Co-chair of the National Trans Bar Association Kristen Prata Browde stated that a suspect’s gender identity should not be taken into consideration when determining whether or not they may be held accountable for a hate crime in the Club Q shooting.

According to Ms. Prata Browde, “The motive for a crime isn’t dependent on whether you are or are not a member of a protected class,” “It legally has no significance, as far as whether the actions of this individual fit within the law regarding hate crimes.”

She and other legal professionals opined that it would be better if the court and the prosecution treated the suspect “like any other defendant” and respected their choice of pronouns and gender identification.

Former Boulder County, Colorado district attorney Stan Garnett stated that he was not aware of any legislative requirements. Mandating that judges or prosecutors in Colorado use “Mx” or respect a defendant’s pronouns, but that it would be “extremely bad form” to do so.

Aldrich might be charged with murder and hate crimes. Hate crime charges would necessitate demonstrating that the gunman was motivated by bigotry, such as hatred for the victim’s actual or perceived sexual orientation or gender identity.

Preliminary charges have been brought against Aldrich, and formal charges have not yet been brought. Joseph Archambault, a chief trial deputy with the state public defender’s office, is Aldrich’s attorney.

When the suspect was arrested, the police listed five potential counts of murder and five counts. Colorado state law refers to as “bias-motivated” crimes. It means that they were motivated at least in part by bias concerning a victim’s race, nationality, religion, disability, sexual orientation or gender identity. Such crimes are more widely known as hate crimes.

Aldrich’s father, Aaron F. Brink was a criminal and Aldrich changed his name to protect from his father. Aldrich’s name was changed more than six years ago when he was a teenager. At the time, he had filed a legal petition in Texas to “protect himself”. To protect from a violent father, who did a domestic violence against Aldrich’s mother. Aldrich was previously known as Nicholas Franklin Brink until 2016.

Aldrich requested a name change from a Texas court a few weeks before turning 16, according to court documents. Brink’s grandparents, who at the time served as their guardians, filed a petition for the name change on their behalf.

“Minor wishes to protect himself and his future from any connections to his birth father and his criminal history. Father has had no contact with minor for several years,” said the petition filed in Bexar County, Texas.

The alleged shooter’s mother, Laura Voepel, was the victim of several violent crimes. Crimes committed by the suspect’s father, a mixed martial artist, and pornographic performer. Both before and after the suspect was born.

Aldrich was held at the El Paso County jail after being discharged from the hospital, according to the police. Police detained Aldrich last year. Because, his mother said that her son had threatened her with a homemade bomb and other weapons.

On the day of the bomb threat in 2021, Aldrich can be seen on Ring doorbell camera knocking on their mother’s door. He had a large black suitcase, informing her that the police were approaching and adding, “This is where I stand. Today I die.”

Gun control supporters have questioned why police didn’t use Colorado’s “red flag” laws to collect the firearms Aldrich’s mother claims her child had even though authorities at the time indicated no explosives were discovered.

The weekend assault happened at a club called a sanctuary for the LGBTQ community in this mostly conservative city of about 480,000 about 70 miles (110 kilometers) south of Denver.