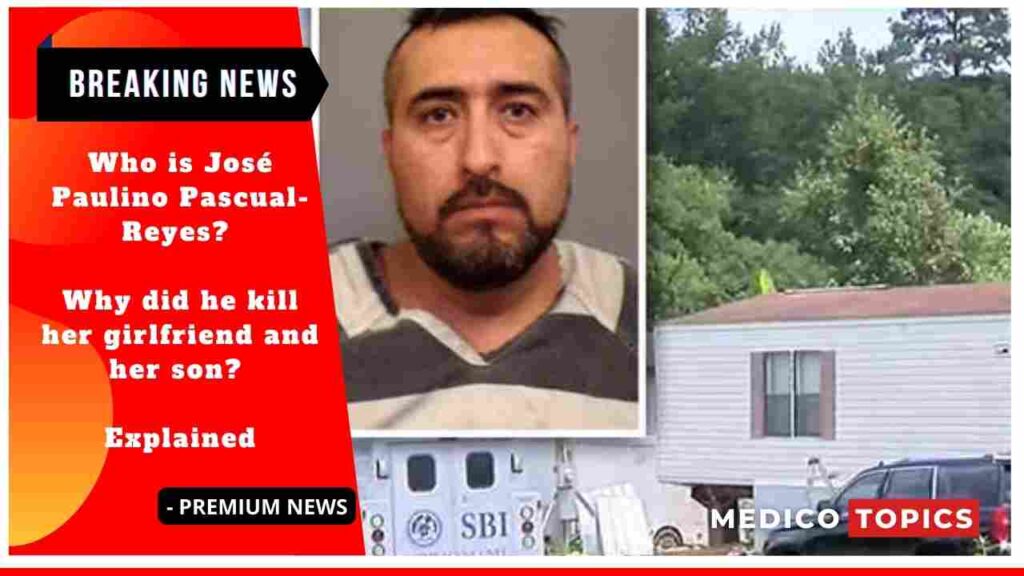 Who is José Paulino Pascual-Reyes?

Jose Paulino Pascual-Reyes, a 37-year-old resident of Dadeville, was charged with first-degree kidnapping on Monday, August 1, 2022.

He was charged with three charges of capital murder and two counts of abuse of a corpse the next day.

The accusations follow a young girl’s assertion that Pascual-Reyes kidnapped her after being found on the streets.

She later gave police directions to the man’s mobile home, where they discovered two decomposing remains.

On Monday about 8:30 a.m., someone in Dadeville, Alabama, saw a 12-year-old girl strolling down the street and immediately contacted 911.

The authorities are withholding the identity of the young girl who claimed that Jose Paulino Pascual-Reyes had kidnapped her.

Police records state that the child was forced to be alcohol-drugged while being chained to a bedpost for more than a week.

She broke out from Pascual-Reyes’ house by chewing through the chains that had been holding her to the bed frame, earning her the title of “hero” in the eyes of sheriff Jimmy Abbett.

However, The girl has not been mentioned in any missing person reports, according to authorities.

Why did he kill her girlfriend and her son?

Police find a shocking scene at the resident’s house in Dadeville.

Jose Paulino Pascual-Reyes, 37, moved into a mobile home in the city of Dadeville in Tallapoosa County in February 2022 and has resided there ever since.

Law enforcement officers were horrified by what they saw when they arrived at this house on Monday.

The sheriff declared: On Tuesday, August 2, 2022, the Auburn Police Department detained Pascual-Reyes in Auburn, a city outside of Dadeville.

He’s being detained in the Tallapoosa County Jail right now. His bond hearing has not yet taken place.

Tallapoosa County District Attorney Jeremy Duerr said: “At this time, we’re looking at multiple counts of capital murder. And of course, once we continue and finish our investigation, I feel certain that several more charges will follow.”

WRBL reports that investigators suspect that the abduction was made with the intention of physical or sexual abuse. Thus the accused’s residence has been sealed off for the ongoing police investigation.

What did the police investigation confess?

Jimmy Abbett, the Tallapoosa County sheriff, stated at a news conference on Tuesday that just before 8:30 a.m. on Monday, a driver saw a girl walking along a road in Dadeville, Ala., and called 911.

Once they entered the house, officials said, they found two dead bodies, identified by Sheriff Abbett as the girl’s mother and brother. Mr. Pascual-Reyes was the mother’s boyfriend, Sheriff Abbett said.

What did court documents say?

Court documents said the girl had been abducted on July 24 and tied to bed posts for about a week. Moreover, she was assaulted and given alcohol to keep her in a drugged state.

The girl managed to get free and escape by chewing through her restraints, breaking her braces in the process, the documents said. Deputies who found her noticed she had marks on her wrists where she had been restrained.

According to court documents, the mother was suffocated to death on July 24 with a pillow. And the brother was bludgeoned to death the same day.

He was under 14 and claimed that both bodies had been dismembered.

The girl who escaped had not been reported missing. She was in state custody, according to Sheriff Abbett, and was “doing well.” She is a hero, he declared. “We want to keep her safe because she is right now.”

Moreover, Sheriff Abbett stated that Mr. Pascual-Reyes had been at the residence since February. And had been employed at a construction site in Auburn, Alabama, which is located about 25 miles southeast of Dadeville.

Kevin Hall, an assistant district attorney, stated that prosecutors intended to oppose Mr. Pascual-Reyes’ release on bond. Therefore, it was due to the seriousness of the accusations and the fact that they believed he posed a flight risk before he made his initial appearance in court on Wednesday.

Thus, the Local agencies, the F.B.I., and the Department of Homeland Security are assisting with the investigation.

Why is Lolo Jones relying in in vitro fertilization? What happened? Explained

Williams Lake Fire: What happened? How did the fire catch up? Explained