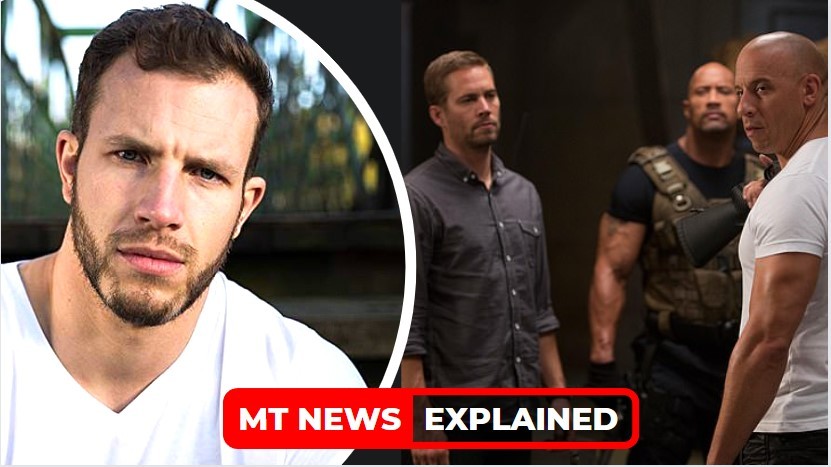 After falling 25 feet onto concrete during a fight scene with Vin Diesel’s stand-in, a British stuntman suffered serious damage prompting him to file a more than £1 million lawsuit against the Fast and Furious producers. Let’s see Who is Joe Watts the Stuntman sues Fast and Furious after being injured in a fight scene in detail.

Who is Joe Watts?

Why he sues Fast and Furious?

A skilled stuntman is suing the directors for more than £1 million in damages after a terrifying fall on the set of the most recent Fast and Furious movie left him with life-altering brain injuries.

Joe Watts, 34, suffered a broken skull and traumatic brain injury after he fell 25 feet onto concrete during a simulated battle with another stuntman who was filling in for F&F star Vin Diesel.

Mr. Watts had to be tossed down the side of an 8-meter-high balcony over the shoulder of the other performer to complete the trick. However, a safety wire intended to arrest his descent did not prevent him from plummeting to the ground. 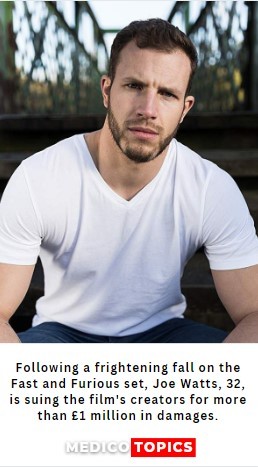 What happened to Joe Watts?

He was taken by air ambulance to the Royal London Hospital, where he spent the next five days in an induced coma. The production business, FF9 Pictures Ltd, a division of Hollywood powerhouse Universal Pictures, is now being sued by Mr. Watts and his fiancée Tilly Powell, 30, for alleged negligence regarding safety precautions.

Mr. Watts had four years of experience performing stunts for movies and television, and he had starred in popular series like Star Wars, Mission Impossible, and Game of Thrones.

But his career effectively came to a terrible end in July 2019, while he was working on the set of F9, the ninth installment in the Fast and Furious series.

The Epsom, Surrey-based former sports massage therapist spent one month in the Royal London hospital and another six weeks in the Wellington hospital. Many fundamental abilities, including speech and many facets of daily life, had to be relearned by him.

How did this tragedy happen?

The tragedy occurred while Mr. Watts, who was portraying an Elite Guardsman, was filming a fight scene with another stuntman filling in for Vin Diesel’s character Dom, according to documents that have since been filed before the High Court by his attorneys Irwin Mitchell.

After being flung over Dom’s right shoulder during rehearsals, he was tossed over his left shoulder for the first take and was kept suspended above the ground by the safety wire, which served its purpose.

He fell to the floor below on the second take, missing the crash mats and hurting his head on the concrete floor after a connector on the safety line allegedly failed. 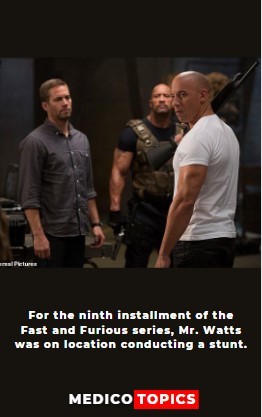 What was Joe’s condition right now?

Now he experiences balance issues, weakness in his left ankle and shoulder, weariness, mood swings, as well as sadness, anxiety, wrath, and impatience, according to the claim.

He won’t be able to work as a stuntman any longer, and even if he were, his return to any form of employment would leave him permanently disabled, according to the lawsuit.

He currently requires assistance managing his daily tasks since he is often distracted, has memory issues, struggles with planning and organization, and is frequently distracted.

He takes anti-epileptic medication after having a seizure, and he is suing for damages as well as provisional damages, which would allow him to seek additional compensation if his condition worsens and he gets epilepsy. At Leavesden Studios in Watford, he was filming a combat scene on an elevated gantry.

A Maillon Rapide connector, a climbing steel link that screws shut and, in his opinion, should have been changed after being used to prevent a fall, was used to join the safety line to his harness.

Mr. Watts and Ms. Powell are being represented by Laura Middleton-Guerard, an Irwin Mitchell workplace injury attorney, who said: “Joe has had a very difficult three years as a result of his life-altering injuries.

He is no longer able to perform the work he loved, therefore he now depends on Tilly and her clinical staff for assistance with routine chores that most people take for granted. “Joe feels that more could have been done to safeguard him from the dangers of this employment as a professional stuntman. Our legal action against FF9 Limited has now begun.

“Joe feels that his only choice is to file a lawsuit, even though he would prefer not to be in this situation. He keeps putting forth a lot of effort to get better. As he attempts to go on with his life, we will continue to help him by making sure he has access to financing for the continuous care he needs. “We further request that FF9 Limited join us in our efforts to quickly resolve Joe’s case.”

Even after more than three years, Joe continued, “What happened that day still has a profound impact on me.” “I liked performing stunts, but being unable to do so anymore devastates me. But I’m so grateful I’m still here. If Tilly hadn’t been by my side the past few years—she is my rock—I also wouldn’t have survived.

“While there is nothing I can do to change the past, I believe that more could have been done to stop anything similar from happening to me. I hope that this incident will serve as a lesson so that future stuntmen can work safely.

What did Court Statement confess?

There were crash mats on the floor, but some of them had been taken up to make room for a camera, leaving a fresh portion of the floor that was exposed. According to Mr. Watts, the connector was left in place after stuntman Troy Robinson threw him once, and when he was thrown again, it failed, causing him to miss the crash mats and land on the floor, the court will hear.

He charges the producers with negligence for using the Maillon connector when it was inappropriate and shouldn’t have been used, failing to evaluate the connector, and letting him perform the stunt even though the rigging was insufficient to support his weight because it was open or had distorted during the first performance of the stunt.

He alleges that staff members negligently neglected to ensure that the connector was properly closed, had not been distorted by the first use, and had been replaced.

In addition, it is alleged that the company negligently failed to conduct a risk assessment regarding the possibility that the safety wire might fail, that his trajectory might change if he was thrown in a different manner than what had been practiced, and that there were insufficient crash mats available.