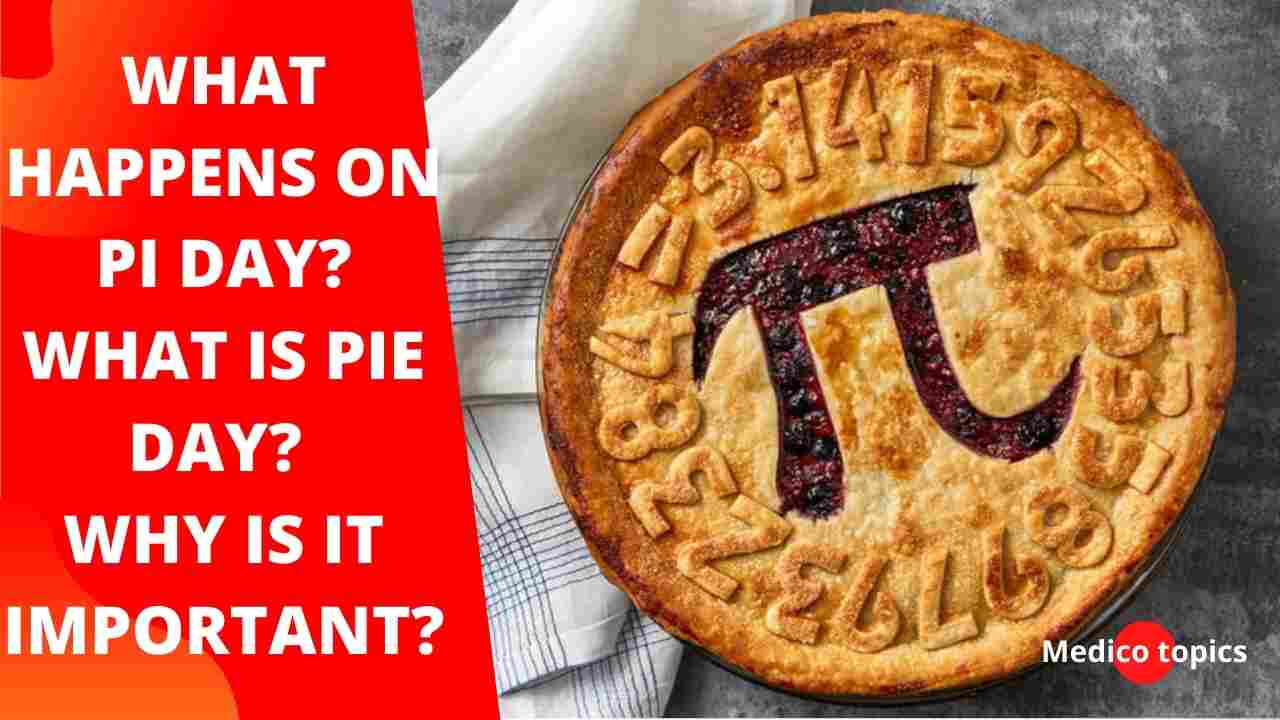 What happens on Pi Day: For mathematicians, it’s an opportunity to celebrate Pi, one of the most important numbers ever, which represents the circumference-to-diameter ratio of a circle.

Although Pi is usually rounded down to 3.14, it can go on indefinitely. The most precise value for Pi, according to Guinness World Records, is more than 62 trillion digits (62,831,853,071,796 to be precise). It was calculated by the University of Applied Sciences in Switzerland last August.

For those who dislike math, there is pie. Pie with cherries. Pie with apples. Pie with pizza. Every single pie.

Pi (and pie) bring joy to many people, whether you calculate it or eat it.

What is Pi Day?

Pi Day is observed on March 14th (3/14) all over the world. Pi (Greek letter “”) is the mathematical notation used to represent a constant — the circumference to diameter ratio of a circle — which is approximately 3.14159. Pi Day is an annual celebration in which math enthusiasts recite the unlimited digits of Pi, talk about math with their friends, and eat pie.

Pi has been calculated to more than 50 trillion digits after the decimal point. It will continue indefinitely as an irrational and transcendental number, with no repetition or pattern. While most calculations require only a few digits, pi’s infinite nature makes it a fun challenge to memorize and computationally calculate more and more digits.

How did Pi Day get started?

In 1988, Larry Shaw, a former physicist who linked March 14 with 3.14, praised the first Pi Day at the Exploratorium with fruit pies and tea. According to the museum, Shaw led Pi Day parades there every year until he died in 2017.

The House of Representatives declared March 14th to be National Pi Day in 2009.

Why is it important?

According to the Exploratorium, a San Francisco-based museum, Pi has been around for 4,000 years and was used by ancient Babylonians to evaluate the area of a circle by taking three times the square of its radius.
According to PiDay.org, a website created to encourage learning in STEM subjects, early Pi calculations were based on measurement until the Greek mathematician Archimedes becomes the first to use an algorithmic approach.

The Pi symbol was invented in 1706 by mathematician William Jones, but it wasn’t widely used until 1737 by the Swiss mathematician Leonhard Euler.

According to PiDay.org, the Pi symbol is the first letter of the Greek word perimeters, which loosely translates to “circumference.”

What happens on Pi Day?

What happens on Pi Day: Pi Day is celebrated by baking a pie with a decoration on top. Even though the fact that Pi is an infinite number, it is a nice challenge for students to remember the Pi number to some extent without the repetition of any pattern. Mathematicians celebrate this day because it is the fundamental constant of mathematics.

Why is there so much pie and pizza on Pi Day?

The Exploratorium’s first Pi Day celebration included a “pie feast” for museum staff, and since then, people have been grabbing a slice to enjoy.

Of course, because pizza can sometimes be referred to as pie, our tasty Pi Day options are expanded.

As a result, many pizza restaurants and other businesses began offering Pi Day specials, which typically consist of purchasing pizza or pies for $3.14.

Who knew math could be so tasty?

While there is a “food holiday” for almost everything you enjoy eating, it turns out that there are two separate days each year when people come together just to enjoy pie: National Pie Day on January 23 and Pi Day on March 14. As you might expect, it’s easy to mix up the two when there are pie and pizza deals entangled, but here’s a quick breakdown of what distinguishes them. To begin with, Pi Day is much more than stuffing your face with flaky, fruit-filled desserts.

What Is National Pie Day?

National Pie Day will fall on a Saturday in 2021, though the day of the week isn’t as important as it once was. Charlie Papazian, an American nuclear engineer, craft beer brewer, and author who is credited with inventing the food holiday in the 1970s after declaring his birthday National Pie Day. He just stood up and declared the date a national pie holiday. Since 1986, the American Pie Council, of which Jason Biggs is thankfully not a member, has sponsored the holiday.

According to the council’s website, “January 23rd is National Pie Day, a time for celebrating the day with pie.” “… We are encouraging pie lovers all over the country to host pie parties. On January 23rd, share some pie with your friends, family, or coworkers.

In the world of science, the date is significant. On this day in 1879, Albert Einstein was born. After Shaw’s daughter, Sara, noticed the coincidence, the Exploratorium said it added a celebration of Einstein’s life to its Pi Day activities. The 14th of March also commemorates the passing of renowned theoretical physicist Stephen Hawking, who died in 2018.

I hope you get all the things on What happens on Pi Day. Let me know what ar your thoughts.

2 thoughts on “What happens on Pi Day? Why is it important? – All You need to know”