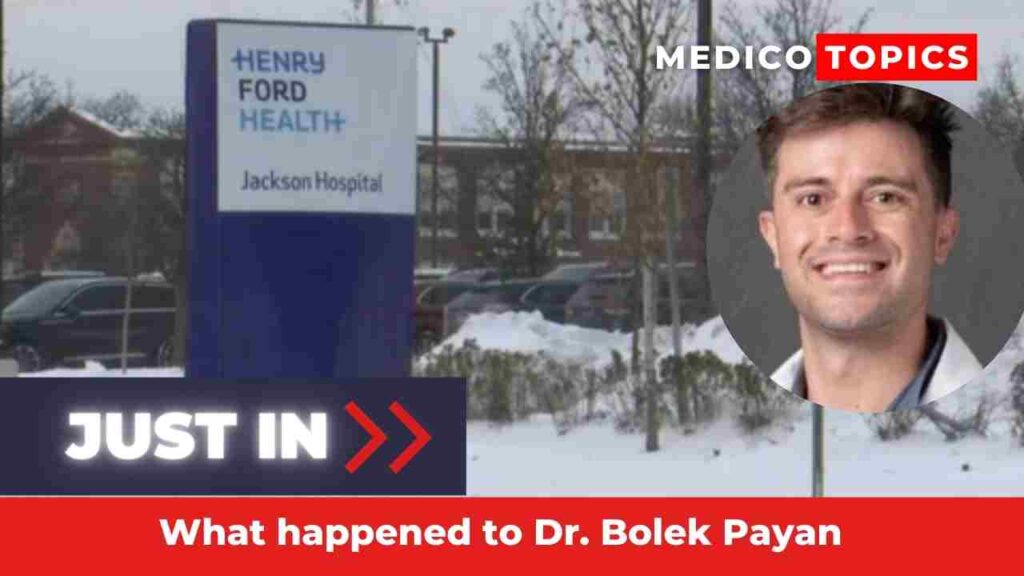 Dr. Bolek Payan, a Michigan physician who went missing on the day before Christmas was found deceased. Let’s see what happened to Dr. Bolek Payan, how did he die, and his cause of death in detail.

What happened to Dr. Bolek Payan?

The search for a doctor who went missing just days before Christmas has come to an end after his body was recovered from the frigid waters.

On Tuesday, divers discovered Dr. Bolek Payan’s body in a pond on his property in Leoni Township, Michigan, according to the authorities.

Blackman Township Police were able to access Payan’s home security system, and there they were able to see the physician depart the house on foot the day he vanished.

Officials cut holes through the ice of the pond near Payan’s house after K-9 units, drones, and search parties failed to find him.

Around 12.30 p.m. on Tuesday, divers discovered his body behind a block of thick ice.

Michigan Dr. Bolek Payan who specialized in psychiatry was located by divers under the ice of a pond on his property today. pic.twitter.com/wtVCC8NO8I

How did Dr. Bolek Payan die?

Bolek Payan, a Michigan doctor who had been missing since the previous week was discovered in a frozen pond close to his home on Tuesday.

The Blackman-Leoni Township Department of Public Safety said that Bolek Payan’s body was pulled from the ice pond in Jackson County at 12:30 p.m.

Before authorities cutting holes in the ice covering the pond, police used dogs, drones, and policemen to investigate the area around Payan’s house, according to the public safety agency.

“Detectives think Dr. Payan would have passed away before he was reported missing, due to the weather conditions on the day that he left his residence and the fact that he was in the water,” police said in a statement.

Dr. Bolek Payan cause of death:

To identify the cause of death, the Jackson County Medical Examiner’s Office will perform an autopsy and compile a toxicology report.

The discovery put an end to the days-long hunt for Payan, who was last seen leaving Henry Ford Allegiance Health Hospital in Jackson, Michigan, roughly 82 miles west of Detroit, on December 22.

Police launched a search in the nearby woods after learning that Payan’s truck was still parked at his home at the time of his missing. One of the last persons to see Payan after he arrived to drop off his dogs on Thursday was family friend Nicole Keiser.

“Thursday morning, Bolek dropped his dogs at 8 am. He told us that he was going to pick them up at 6:30, he already fed them, and that he’ll feed them again when he picks them up at 6:30 that night,” Keiser said.

“So for his truck to be here without coming to the house to pick up the dogs, that would be out of character. Something happened and I don’t know what.”

It was “out of character” for him to drive home without getting the dogs, Keiser added.

According to Henry Ford Health, he earned his medical degree from Midwestern University Chicago College of Osteopathic Medicine in Illinois in 2017.

Payan specialized in Psychiatry and he began his residency at the hospital in 2020, according to his biography on the Henry Ford website.

Missing: What happened to Evan Mcconney? Know everything about the Layton, Utah 13 year-old